Students at Liberty High School in Las Vegas, Nevada have given the entire nation hope for our children’s future.

In previous generations, kids with special needs like Edgar Hernandez might have been ostracized or ignored by their peers. Now, at least at Liberty High, they’re celebrated. Thanks to a video of Edgar’s prom night we get to see the moment Edgar takes the stage as prom king in front of his excited classmates, and it’s truly a thing of beauty. 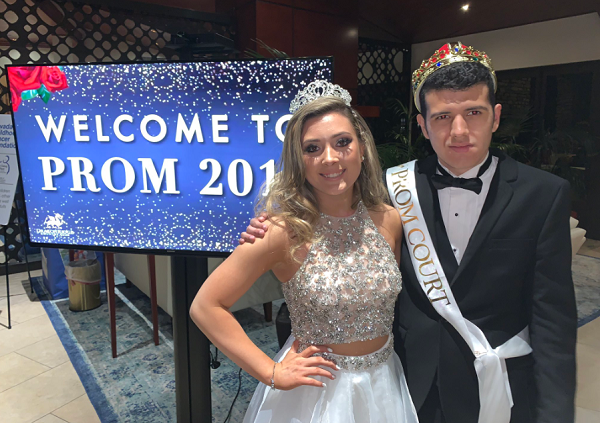 The senior class of 2019 did their best to get Edgar, who is autistic, onto their prom’s royal court. When he missed getting one of the four prom court spots by just a few votes, classmate Shaun Mabanta went the extra mile to ensure that his friend would be up on that stage on prom night. Incredibly, Shaun gave up his own shot at prom king in order to make way for Edgar.

“I wanted him to make top 4 from the beginning, so I just simply asked him to take my place,” Shaun explained. Once he got Edgar onto the prom court, Shaun began campaigning for him to win the coveted king’s crown. “Edgar for Prom King” posters went up all over the school, and Shaun used his own popularity to help Edgar gain momentum in the race for prom king. 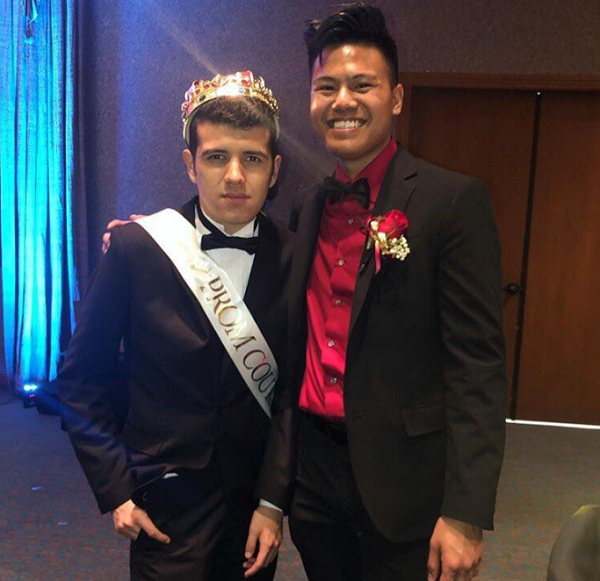 All of Shaun’s efforts paid off on prom night when Edgar won, and his fellow classmates could not have been happier for him. In the now-viral video we hear Edgar’s name being called, and as he walks to the stage the entire room full of teenagers begin enthusiastically chanting his name! 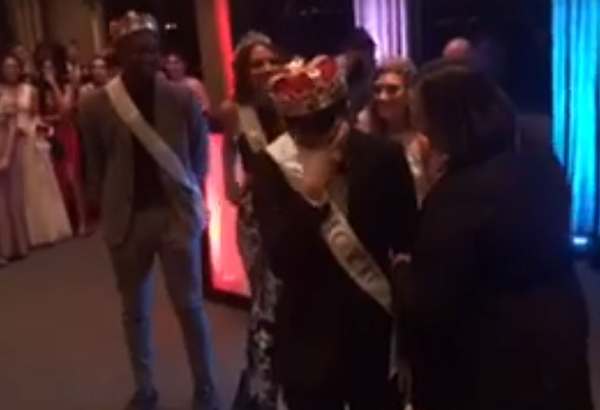 The young man is so overwhelmed that he has to take a few moments to compose himself, hiding his face in his hands and brushing away tears as he hears his name being called.

With the whole room watching, Edgar spun and twirled his queen surrounded by the lights held by their friends on their cell phones. 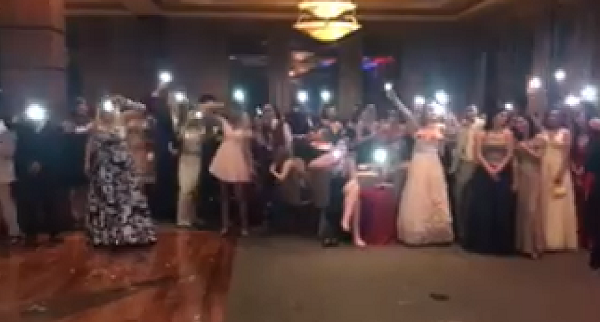 For Shaun, watching Edgar take the stage made his effort to include his friend incredibly worthwhile. “Once we saw him being crowned prom king, it just brought tears to my eyes that such a small act could make such a big difference,” Shaun said. When asked how he felt about being named prom king by his classmates, Edgar simply said, “Special, I feel special.”

Edgar says he will never forget this special night, and school administrators couldn’t be prouder of their student body for making this happen for him. “THIS is what life is all about,” wrote Ashlee Miller VanEss, who shared the video on Facebook. “Being loved for being exactly who you are. I’ve never been so proud of my student body.” 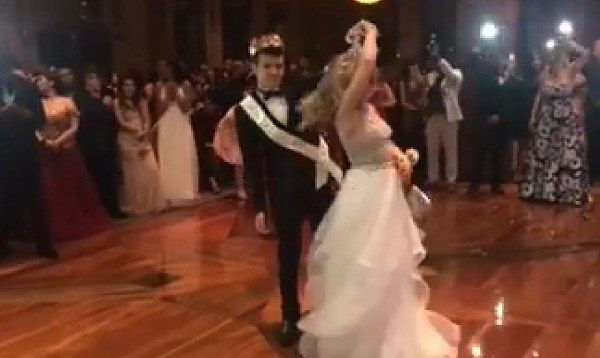 People on the autism spectrum can often feel excluded by their peers, so this is such a great example of how we can all work to make them feel like they’re part of a community. We should all be as thoughtful as Shaun was when he decided to step aside to make way for someone who would appreciate the title of prom king more than he would. Well done, Shaun!

Watch the special moment when Edgar becomes Liberty High’s newest prom king below, and be sure to share.

One of Liberty High School’s students with autism, Edgar, was nominated for prom court. When he didn’t make it, another boy, Shaun, quietly stepped down and requested Edgar be put on the court. It was then people started campaigning “Edgar for Prom King” and tonight the most magical thing happened. Watch the magic unfold…. THIS is what life is all about. Being loved for being exactly who you are. I’ve never been so proud of my student body.#autism #humankindness #promking #kindness