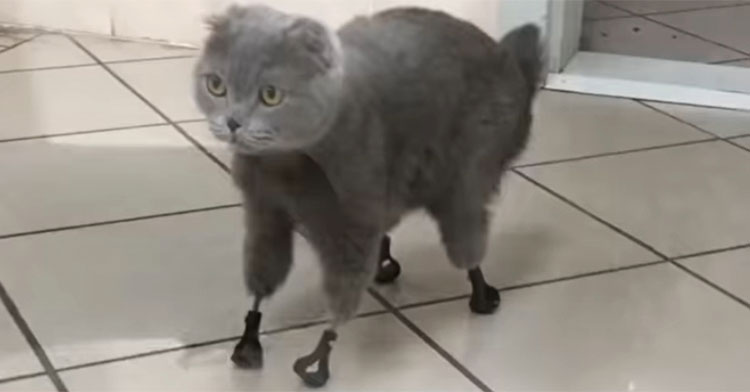 Russian Rescue Cat Gets New Lease On Life Thanks To 3D-Print...