The English teacher has made quite the impression during her years at Virginia High School in Bristol. Noah Ashbrook, her coworker, even called her the best teacher in the city! That’s why he wanted to send Carol off with a gift as unforgettable as she is. 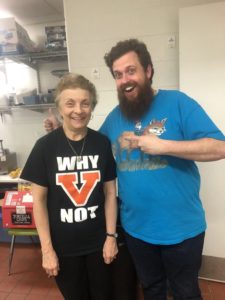 Carol is a huge fan of Dwayne “The Rock” Johnson, so Noah began trying to catch the wrestling star’s attention by singing Carol’s praises on Twitter. He’s been posting every day since February, and eventually, it worked!

When Johnson found out what was going on, he came through in a spectacular way. Not only did the actor send Carol two bottles of Teremana, his tequila, but he also made her a personalized video message!

“Hey Carol, Dwayne Johnson here. I wanted to take a moment to say congratulations,” he said. “After 39 amazing, incredible years. Wow, Carol! Congratulations! I am so happy for you, and I am so proud of you.”

Johnson wrapped up his heartwarming speech by thanking Carol and blowing her a kiss, and her face lit right up. This was the best retirement gift she could have asked for! 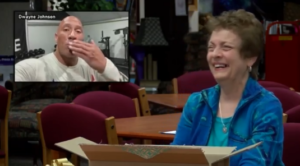 She wrote him a reply on Twitter to let him know just how much his surprise meant:

English teachers are rarely at a loss for words, but it is a steep challenge for me to verbalize my profound thanks to Dwayne @TheRock Johnson and his team for their unbelievably kind, generous, and thoughtful response. … I can’t think of a classier punctuation mark for the end of my teaching career! Dwayne Johnson, you ROCK, and I’ll ride with you anytime!” 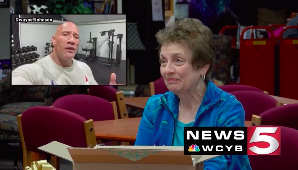 We wouldn’t expect anything less from a class act like Johnson. What a wonderful way to thank Carol and all the teachers like her for their incredible work!

Listen to his sweet message in the video below, and share this story to congratulate Carol on her retirement.

Congratulations Carol Propst and thank you for 39yrs of some of the most important work that can be done here on earth ~ teaching our kids. And THANK YOU to all the teachers out there for all you do. You’re all truly the difference makers. I’m honored you’re such a huge fan, Carol and now go break out your @teremana and enjoy your retirement!! Wooohooooo! ?❤️? #TeacherAppreciationWeek #CarolPropst #39IncredibleYears #VirginiaHighSchool