Pumpkin arrived at her new home late last year, and she was typical of the type of animals who live at the sanctuary: the animals no one else wants.

In Pumpkin’s case, breeders didn’t want the dwarf pony because she was born with a deformity that left her barely able to walk. So she and her mother, Thea, joined the family of horses, goats, and other farm animals at the Twist of Fate Farm & Sanctuary. 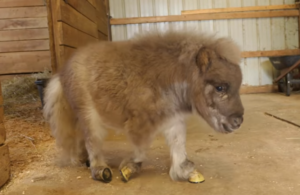 Located in West Grove, Pennsylvania, the sanctuary was founded in 2012 by Ashley DiFelice. It is the perfect place for farm animals and seniors to live out the rest of their lives in peace.

One day, Ashley noticed her three-year-old son, Deacon, had formed a special bond with little Pumpkin. 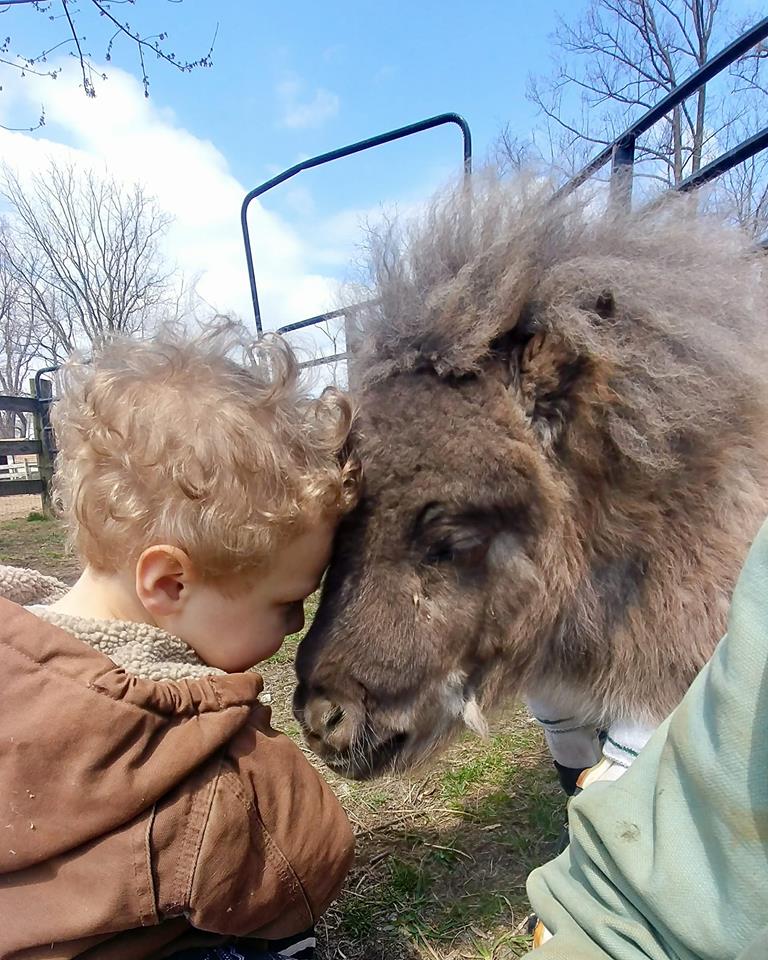 He decidedly called her “a big unicorn” and from the first day they met, he wanted nothing more than to run with her through the sanctuary’s acres of pastures and winding dirt roads. 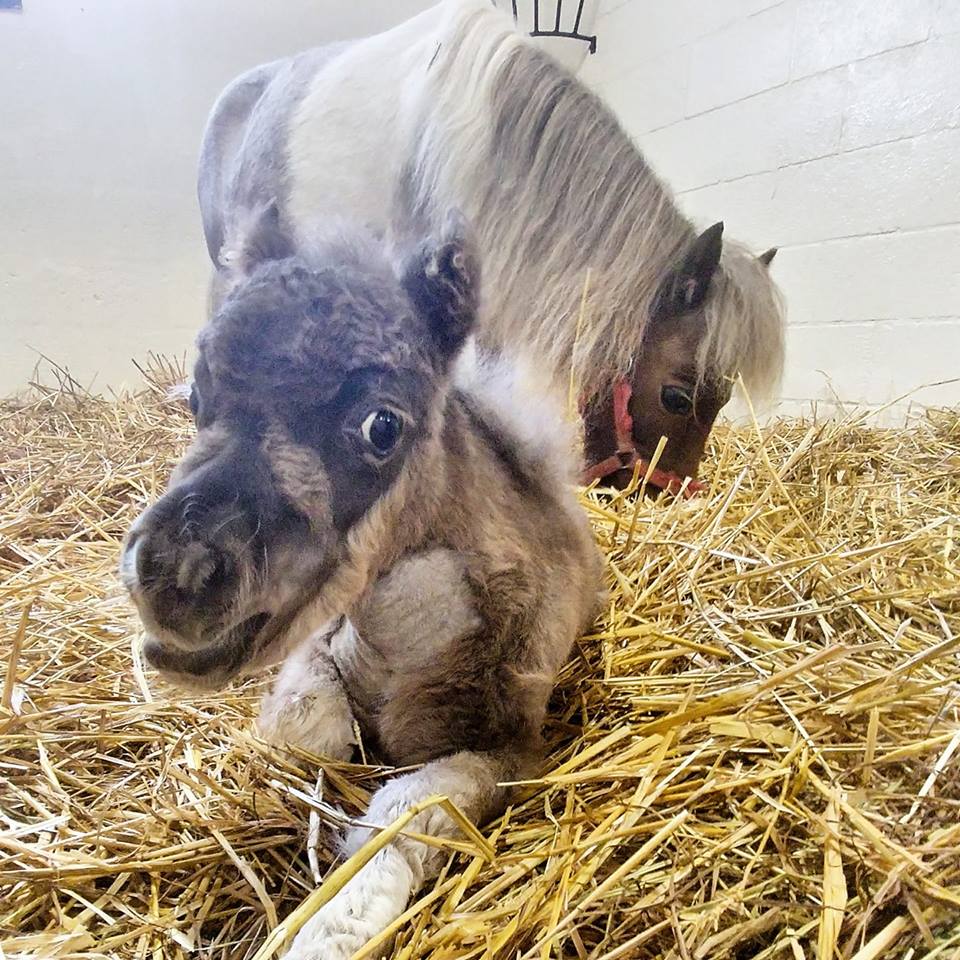 Ashley was determined to do what she could for Pumpkin. At the time, the little horse was rarely allowed to leave her stall to graze or socialize with the other animals. She knew she had to find a solution while Pumpkin was still young and growing, “before she got too big to help her.” 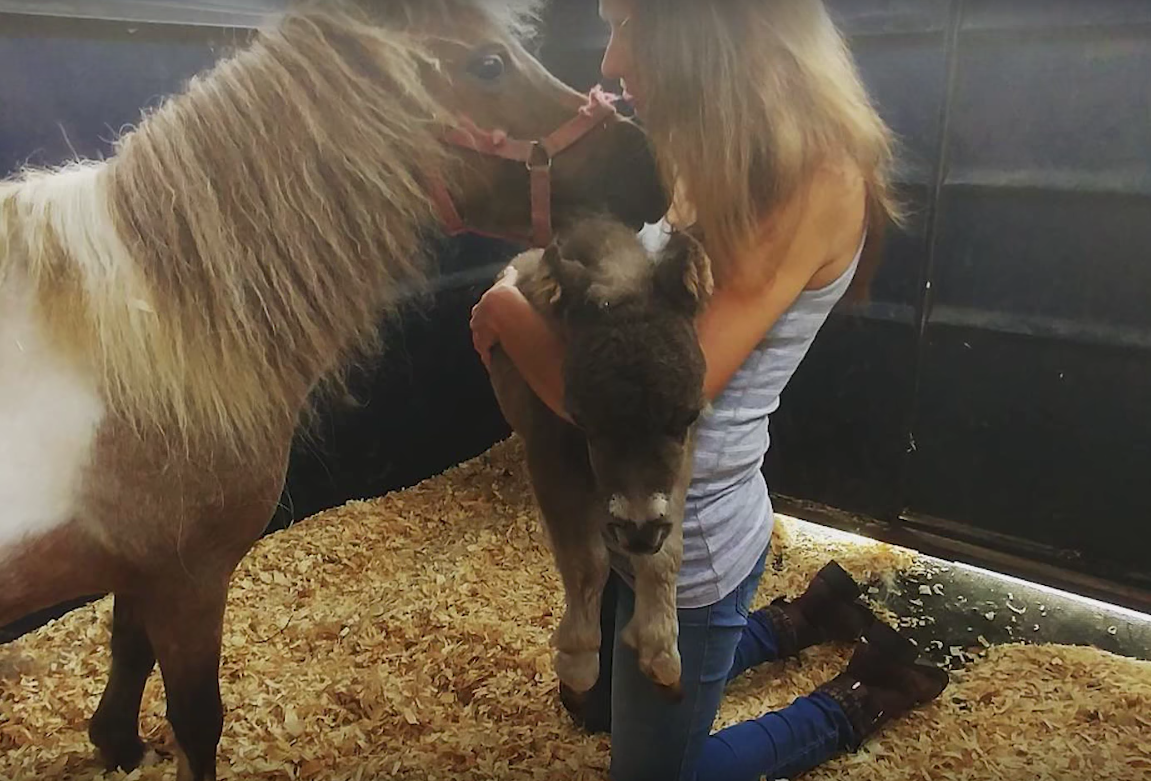 No matter how many people tell us, ‘You can’t fix that,’ we always try.

Her search for a solution led her to Bionic Pets, a company that custom designs prosthetics and other devices for disabled animals. It wasn’t long before its founder and CEO, Derrick Campagna, arrived at the sprawling ranch to meet Pumpkin and start working on an initial design for her leg braces. 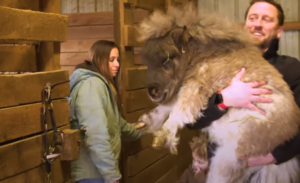 These braces give her legs the support they need so they don’t bend in the wrong places and help her to place all 4 of her feet properly on the ground. Our hope is that over time with the help of these braces, her legs will begin to strengthen and that she will no longer need them! 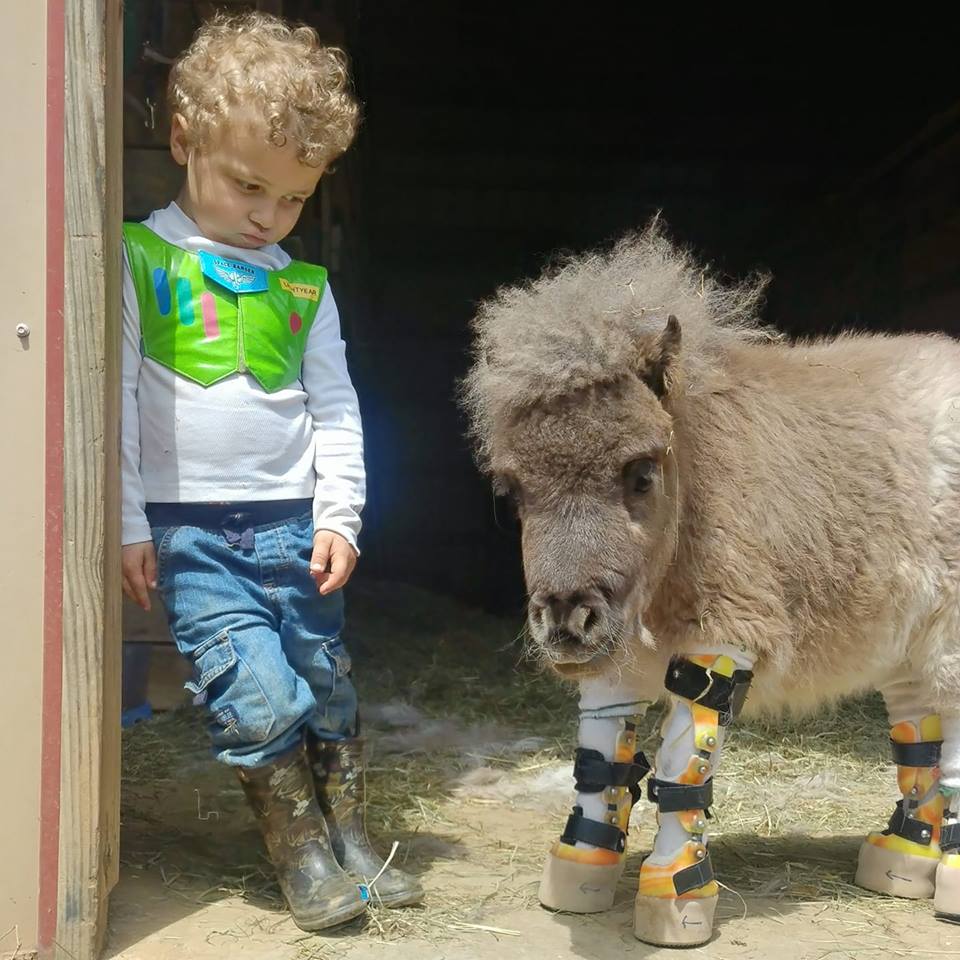 Some adjustments had to be made, but just two weeks later, Derrick arrived at Twist of Fate with the final design — and this young “robo pony” took to the new braces better than anyone ever expected! 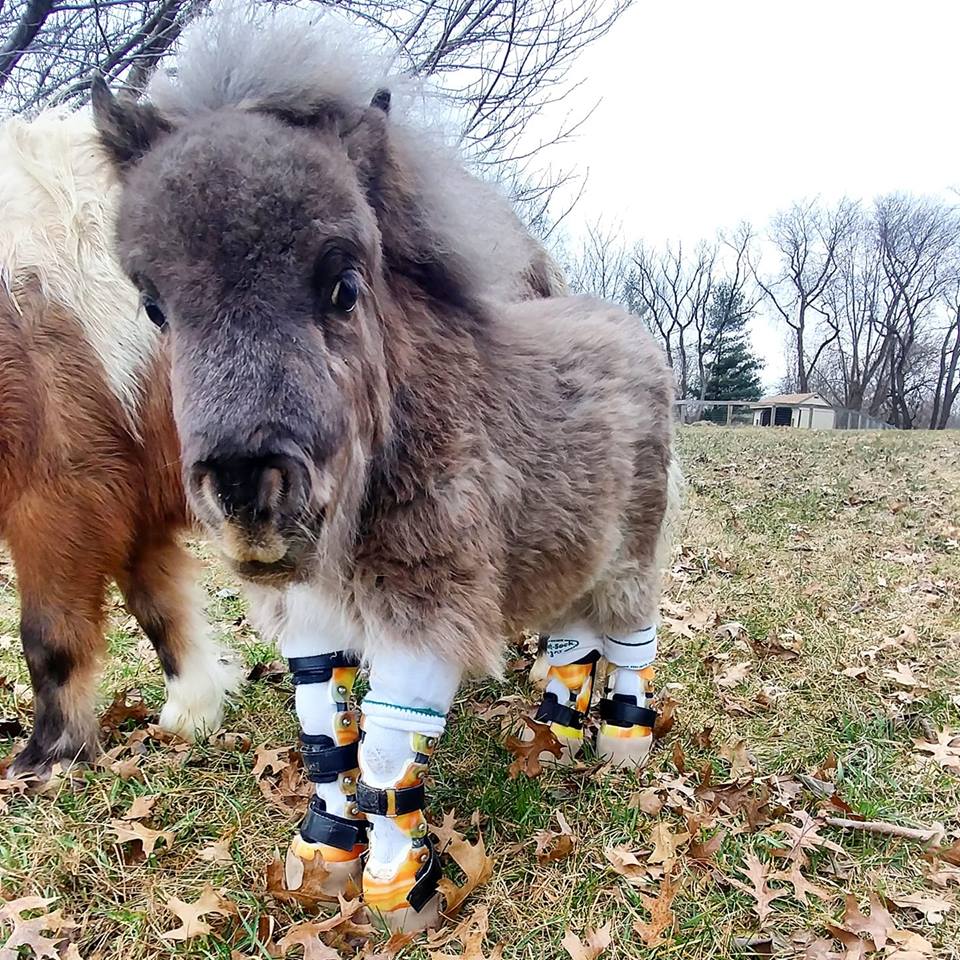 In the video below, Ashley, Deacon and Derrick watch with wide smiles as Pumpkin races off to the barn on her new braces, her fluffy mane and tail waving as she picks up speed. Remember that scene from “Forrest Gump”? 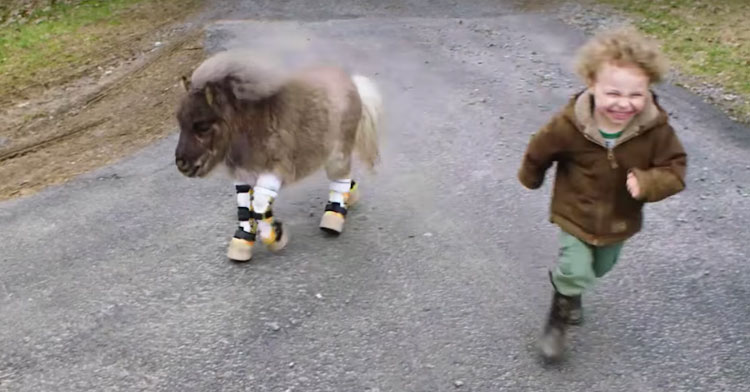 “That’s what I was hoping for … These are the moments that I live for,” Derrick says as he quickly walks to catch up with her. “You see when animals have that will to live and move, and she has that, and that can make all the difference … I think she kind of feels free and able to be herself and walk without pain.” 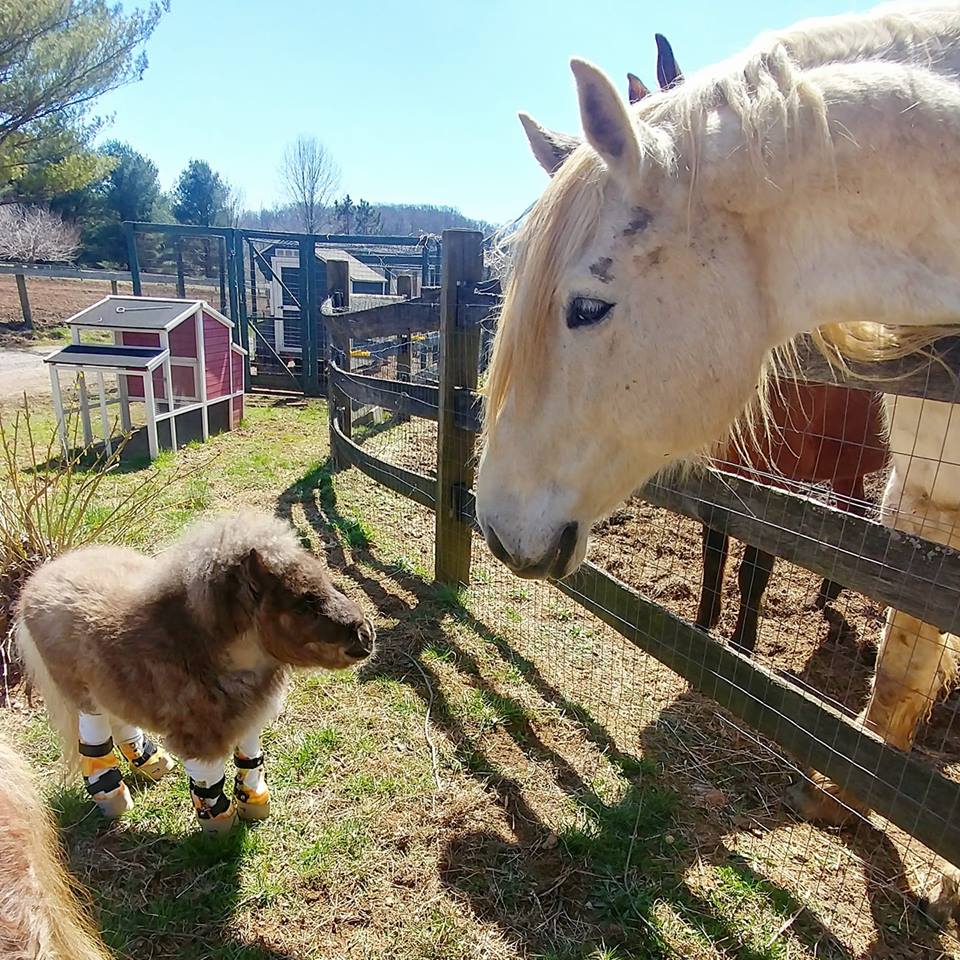 The sanctuary crew gave Pumpkin about a month to get used to her mobility before introducing her to another rescue pony, Lucy, with the hopes that they and Thea can eventually move in together and form their own herd.

In the clip below, Pumpkin goes from having to be carried everywhere to happily galloping on her own. Share to spread thanks that there are people out there like Ashley, who refuse to give up in situations that, to others, seem impossible!