When he was 16 years old, Randy Tompkins was hit head-on by an elderly woman who had a seizure while driving.

In the years since, he’s learned to scan the road ahead of him as far as he can see. So when he saw another car heading straight toward him on a divided highway last summer, he was already prepared. 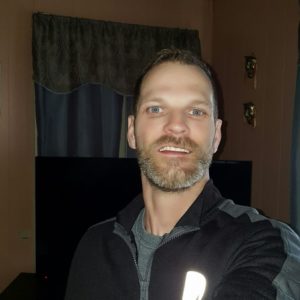 One afternoon last summer, he noticed a car traveling against the flow of traffic on a divided road in Dixon, Illinois. He watched as it slowly veered across the double yellow line.

Luckily, just seconds earlier, police had noticed the car go through a red light at a nearby intersection and were following closely behind. What the dash-cam captured in the following moments is nothing short of heroic. 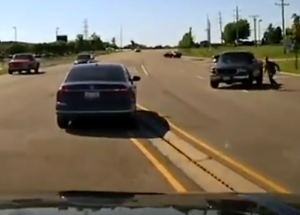 “Once he got about a half-car length away from me, I parked my truck at an angle and jumped out of my vehicle,” Randy recalled.

As the other cars cleared out of the way, he took off running and peered inside the passenger window, which, fortunately, was open. The driver had his arms up by his chest, indicating a seizure, and Randy didn’t hesitate…

He jumped in, like a scene right out of “Dukes of Hazzard”! 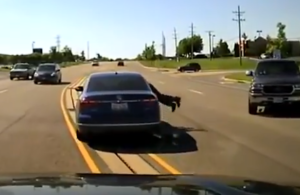 He stopped the car, then put two fingers into the driver’s mouth to keep him from biting his tongue. The unidentified driver was soon whisked to a hospital for treatment.

Naturally, the responding officers were shocked at what they’d just witnessed. 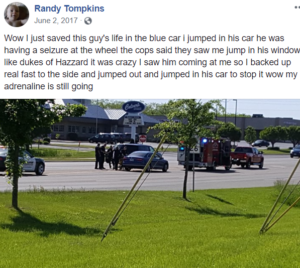 “When (Randy) jumped through the window, I just stopped what I was doing on the radio, I didn’t even finish calling it out,” Officer Lincoln Sharp said.

He kind of downplayed it, but not everybody would have acted that way. A lot of people may have just gotten out their phones or just watched, but to see that and recognize that something wasn’t right … It was pretty tremendous.

How many of us would have been like a deer in the headlights in that situation? What an incredible act of heroism, putting himself in harm’s way for a complete stranger.

The two men later exchanged messages, in which the driver thanked him; he said it was his first-ever seizure.

Watch the action unfold in the video below, and share to spread thanks for Randy’s quick thinking!

At approximately 4:06 p.m. yesterday afternoon, one of our squad cars was on routine patrol approaching the intersection of 4th Avenue and North Galena Avenue. Officers observed a blue passenger car traveling north on North Galena Avenue and had disobeyed the red traffic signal at that intersection. The car proceeded through the intersection, almost striking several vehicles. Our squad car activated its emergency lights in an attempt to conduct a traffic stop on the car. The car proceeded north at a low rate of speed and began traveling into the oncoming lanes of travel.A truck, that was southbound in the 1300 block of North Galena Avenue, had to back up to avoid being struck by the car. The driver of the truck could see the driver of the car and observed that something looked medically wrong. The driver of the truck (later identified as Dixon resident Randy Tompkins) exited his vehicle, ran up to the car and without hesitation jumped into the car through the passenger side window in an attempt to stop it. Tompkins was able to get the car in park just as officers approached the vehicle as well. The driver of the vehicle was found to be having a seizure. Tompkins and the two officers stood by until Dixon City Fire arrived and transported the driver to KSB Hospital. We want to thank Tompkins for his heroism and for coming to a complete stranger's aid!#DixonProud