Some dogs are content to lie on the couch all day and watch the world go by; others feel the need to get out there and explore.

Bo, a black Lab from Concordia, Kansas, tends to fit into the latter category. His owners, Laura and Kyle Krier, say that their best canine friend is usually pretty good about staying on their property, but every so often he gets the urge to travel in spite of all of their best efforts. 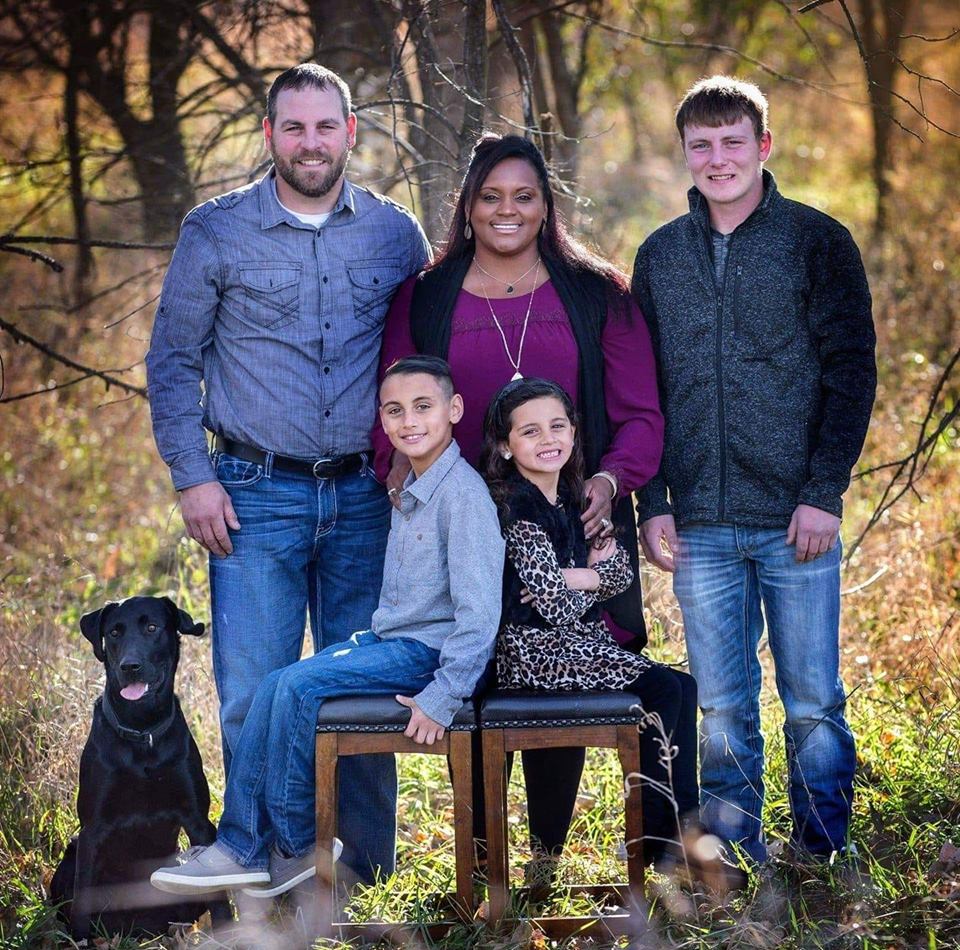 On one chilly winter day, Bo must have felt the urge to take in some new scenery because when his family came home, he was nowhere to be found. The family immediately launched a search effort to find the big black dog, asking neighbors to keep an eye out and report back if they spotted him. 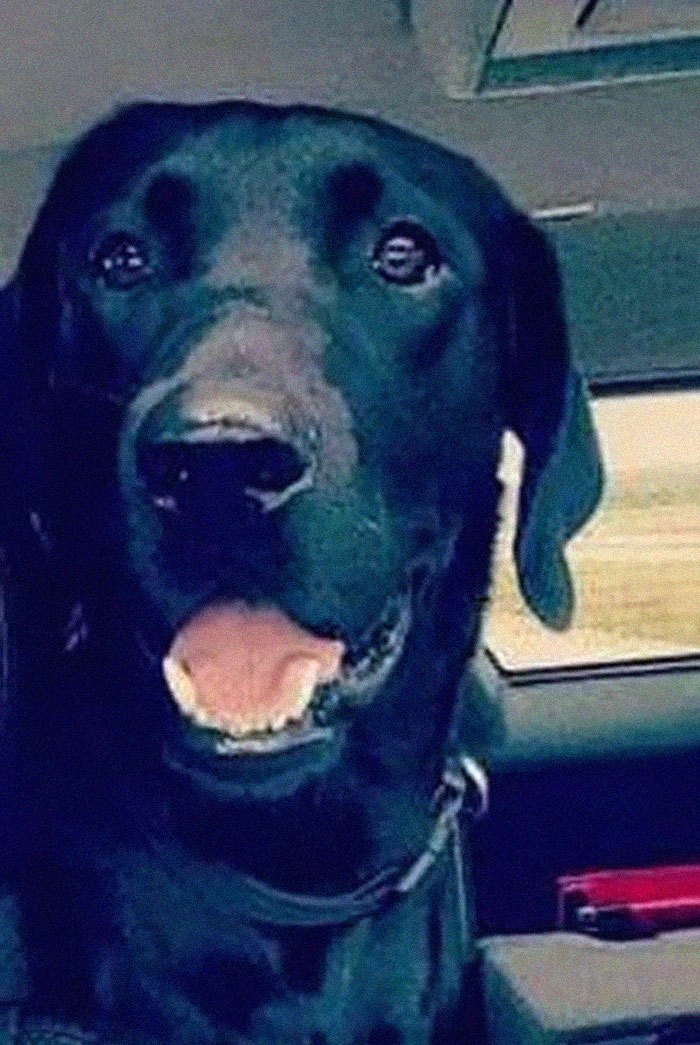 “We had been searching for him nonstop,” Laura stated. Thankfully, just one day later a neighbor phoned to say she’d spotted a dog that looked like Bo about six miles away from the Krier home. The dog had been seen frolicking in a field, and strangely enough, he wasn’t alone.

Kyle jumped in his car and drove to the field where Bo had been seen. Sure enough, there he was, and the rumors were correct; he had indeed picked up a couple of friends. 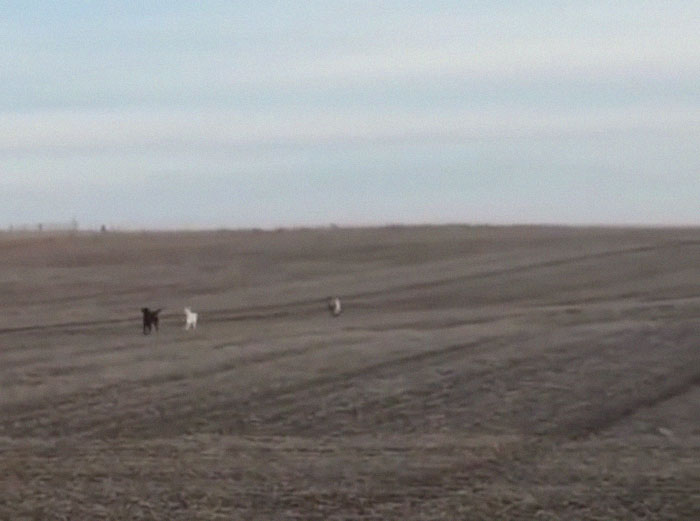 Bo came running when he heard his owner’s voice, and with him came a yellow Lab and a goat who belong to the Krier’s neighbors, Chris and Shawna Huggans. Their names are Ozzy and Libby, and obviously, they’re now best friends with Bo. 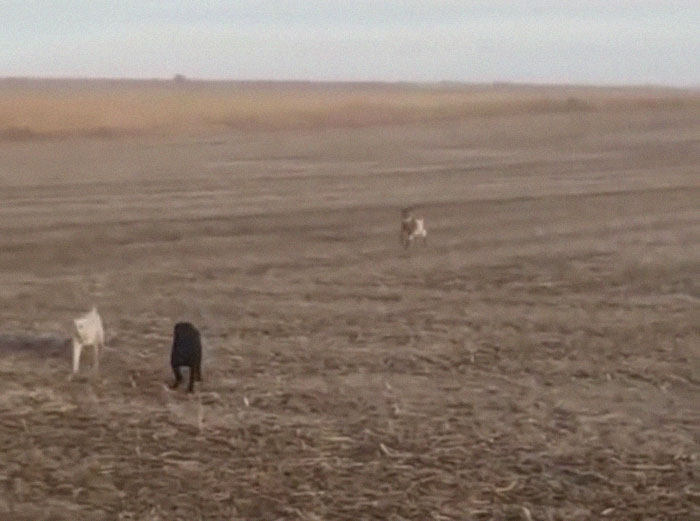 Kyle loaded the whole gang of roaming pets into his car, laughing the entire time. He couldn’t wait to tell his Facebook friends about the situation, just as soon as he stopped laughing long enough to post about it!

“It was one of those stories that you tell your family and friends and they don’t believe you,” Kyle said. “It is funny. Bo is crazy, he is full of energy and always up to something. He’s a nice, sweet dog.” 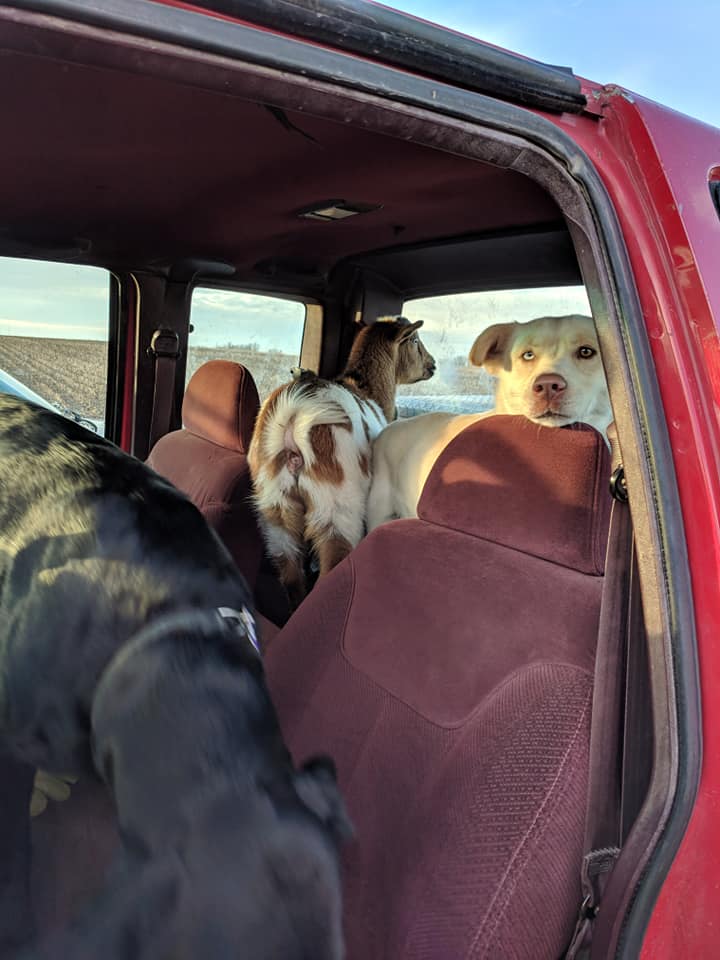 “It’s difficult to say if Bo the black Lab or Libby and Ozzy were the culprit in starting the adventure. But, nonetheless, they escaped,” said Shawna Huggans of the role her two pets played. “They’re pals for sure.”

We don’t blame Bo one bit! Life is a lot more fun when you get out there and make new friends. Pretty smart dog, if you ask us! If you agree, please share this story to make someone smile today.