71-year-old Joao Pereira de Souza is a retired bricklayer and a part-time fisherman. He also has a very special best friend named Dindim. But this is definitely not your everyday friendship because Dindim is actually a South American Magellanic penguin. When Joao, a Brazilian native, found the animal in 2011 it was covered in oil and close to death.

After tender care and treatment, he was brought back to a healthy state. Soon, Souza thought his aquatic friend would be on his way back in the wild. But Dindim didn’t want to leave. 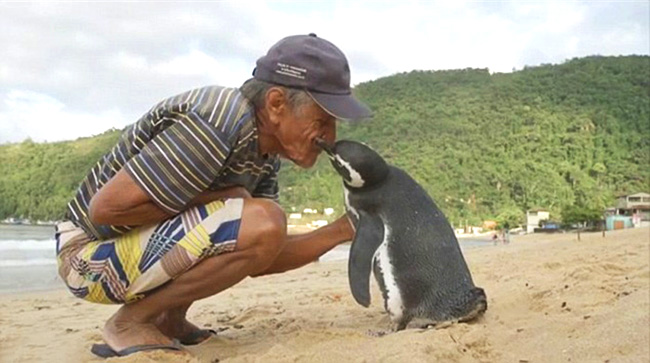 “He stayed with me for 11 months and then…he disappeared.” 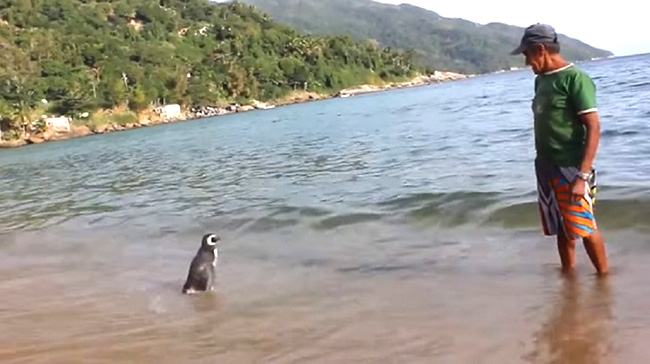 Joao thought he’d never see his friend again.  But a year later he was stunned when Dindim appeared on his shores.  The penguin swam a one way trip of just over 2,000 miles from the Patagonian coast in southern Chile to Joao’s hometown in Brazil. 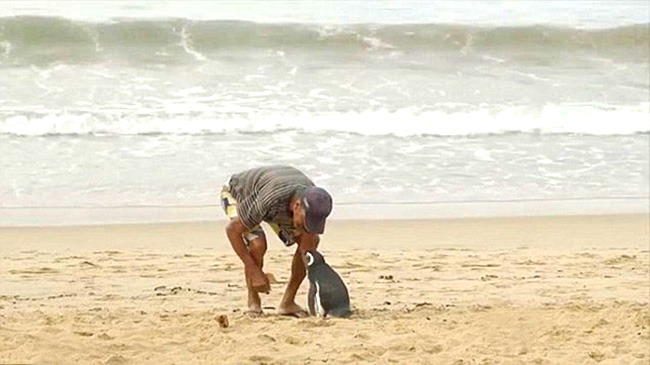 And Dindim has come back every year since.  When you take into account his return journey, that is over 4,000 miles of swimming per year… just to see his beloved human.  And it’s only Joao he wants to see, not anyone else.

“No one else is allowed to touch him. He pecks them if they do.” 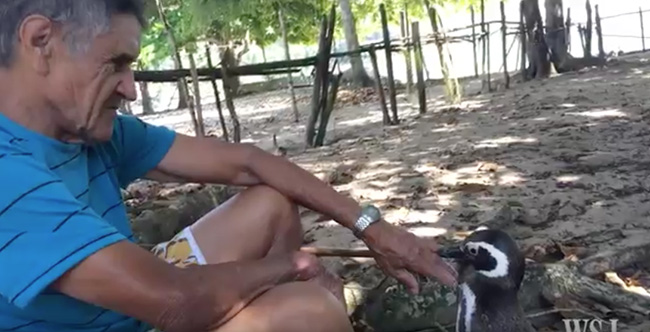 “Everyone said he wouldn’t return but he has been coming back to visit me for the past four years!” 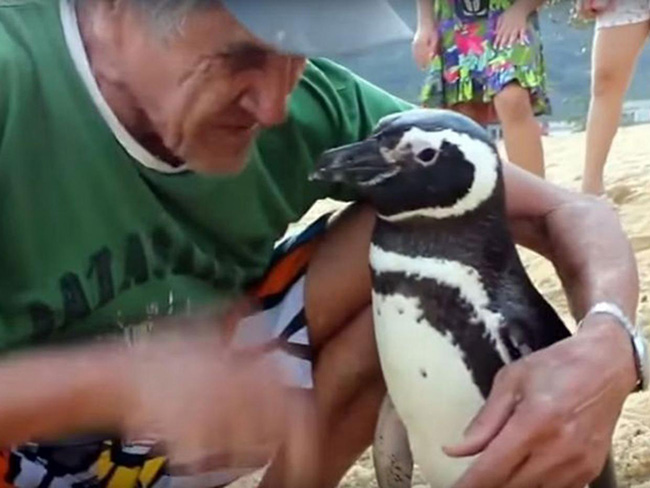 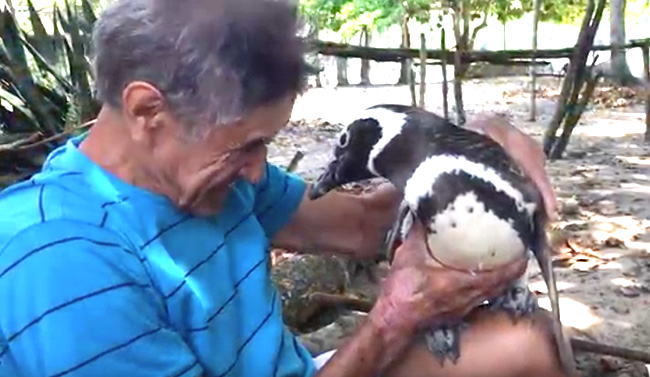 And this is no ordinary phenomenon. Says biologist Professor Krajewski: “I have never seen anything like this before. I think the penguin believes Joao is part of his family and probably a penguin as well.”

Check out the video below for the full story and share!