Diane never expected to see the day when she’d outlive all of her friends. But she just wrapped up another milestone birthday and she’s still going strong…

Not many pets hit the 50-year mark, but Diane’s a turtle, so it’s a little more understandable. Still, turtles usually only live about 40 years, so her longevity probably comes down to a combination of good genes, a healthy lifestyle, and an abundance of love. 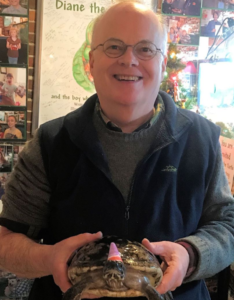 Diane first came into Jim Tonner’s life in 1968, when he was just 12 years old and being treated for hip arthritis. 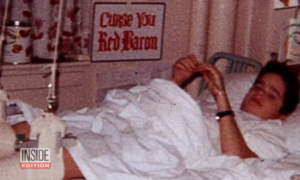 He had to stay flat on his back in bed for six months, so “my family got a little basket and tied a string to it — I was on the second floor — and put it out the window” so his friends could send up little get-well gifts. 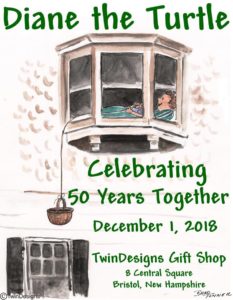 Well, someone, and he still doesn’t know who, apparently decided he could use some company up there. So baby turtle, Diane, was placed in the basket, and she’s been living the good life ever since.

Jim and his twin brother, Brad, own a gift store in Bristol, New Hampshire, TwinDesigns Gift Shop, and that’s where she makes her home. They’ve even set up a live video feed at DianeTheTurtle.com so you can check in on her and see what she’s up to. She’s made more friends than she can count over the decades, and she’s even had a couple books published about her! 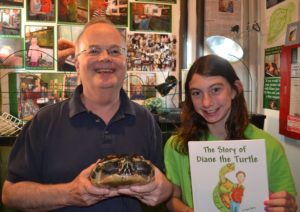 And since she’s probably too old by now to handle a big destination bash in, say, Hawaii, Jim and Brad decided to help celebrate her milestone birthday right there at the store, complete with a pink party hat and sheet cake. She has to maintain her svelte, 4-lb. figure, though, so she probably left it for the humans and munched on some strawberries and lettuce, just happy for the company. 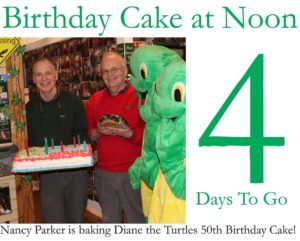 Watch Diane celebrate her 50th with friends and family in the video below, and share to spread congratulations!