If we know anything about the Harlem Globetrotters, it’s that they’re always up for a good time.

As Air Force Sergeant Deandrea Proctor planned her return home to Memphis, Tennessee after a 7-month deployment in Kuwait, she knew she wanted to find a way to surprise her family. When she heard her partner Terrance Holt and their 3-year-old daughter would be attending a Globetrotters game, she knew she’d found her moment. 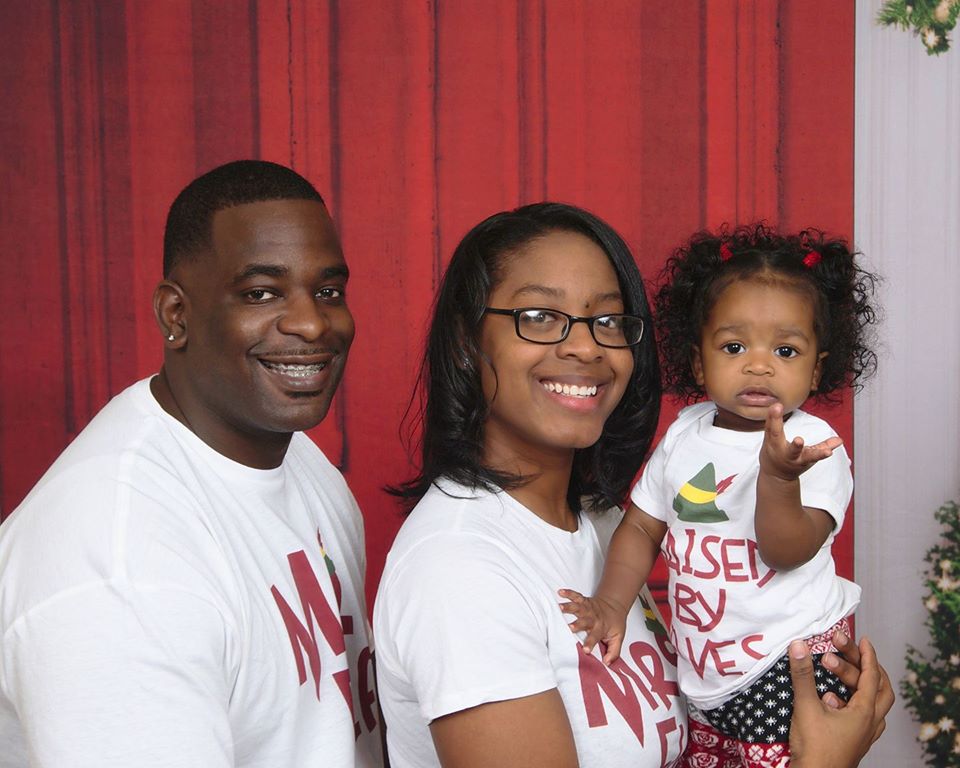 Deandrea secretly planned her moment with the team, and on the big night she was waiting behind-the-scenes to give her daughter the best surprise ever! Before the game began Terrance and his daughter were asked down onto the court for a chance to meet the players and pose for pictures. The whole team got in on the action, crowding around the grinning father and daughter for a group photo. What they were really doing was providing the perfect distraction so that Deandrea could creep up to the edge of the picture for an epic photobomb! 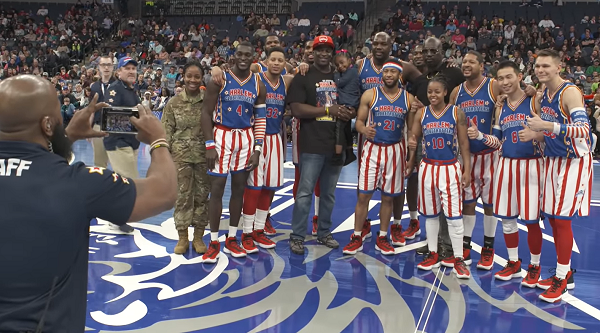 After the picture was snapped the Globetrotters staff member showed Terrance and his daughter the picture on his phone. As soon as the little girl spotted her mother her eyes widened and her mouth fell open. “Who’s that?” the staff member asked her. “Mommy?” she asked quietly as the rest of the players began to laugh.

Dad and daughter spun around looking for Deandrea, and when they saw one another the tears started to flow! (Or maybe that’s just us, watching?) 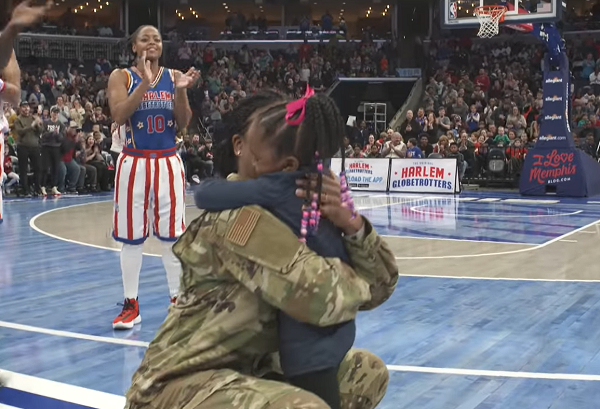 After exchanging tight hugs the family was able to sit down and enjoy the game together! The Globetrotters shared video of Deandrea’s awesome homecoming on social media, and the video went viral. This is one of the sweetest reunions ever!

“I am very joyful and appreciative for the opportunity the Harlem Globetrotters provided to make this surprise so special,” Deandrea said. “All of the players and staff were great helping make this something that we will never forget.”

The family has continued to receive an outpouring of love and support due to the video. We imagine the greatest reward is simply being together after such a long time apart! 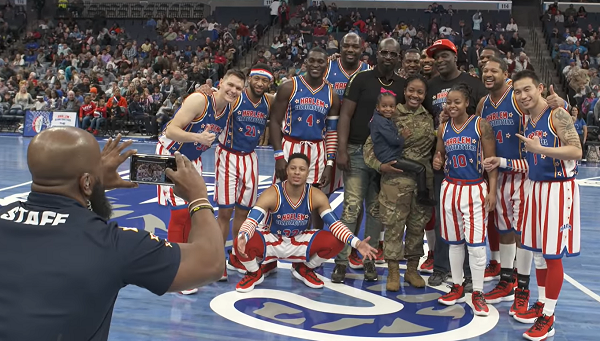 It’s wonderful that the Harlem Globetrotters were able to honor this military family like this! We’re all so appreciative of the dedicated service people who spend time away from their families in order to keep us safe. Welcome home, Sergeant Deandrea Proctor!

Watch the fantastic reunion in the video below, and be sure to share to make someone smile today.