When it comes to personal battles, Michael Campofiori has been fighting for the majority of his life.

At just 11 years old, he was diagnosed with leukemia, but he never gave up on his dream of serving his country. 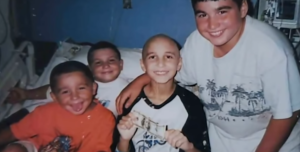 “They gave me like a 40 percent chance of survival,” he recalled. “They actually described my bones as like Swiss cheese. I could easily break a bone.”

For the next five years, Campofiori endured chemotherapy until he finally went into remission at 16. At long last, he could seriously focus on his future, and he knew just what he wanted to do: Become a Marine.

But as he’d quickly learn, getting a chance to prove himself would be another difficult battle. 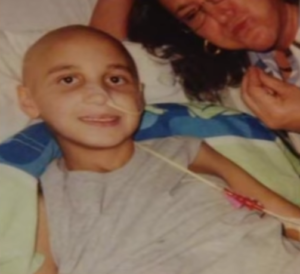 Again and again, recruiters turned him away after looking at his medical history, but no matter how many denials he received, Campofiori kept coming back.

Ultimately, he defied the odds! He was accepted into the Marine Corps Recruit Depot at Parris Island in South Carolina.

There, Campofiori more than proved his worth. He gave boot camp everything he had and even made it through the notorious “Crucible,” a grueling 54-hour test in which recruits complete a 9-mile hike carrying a 60-pound pack with almost no food or sleep. 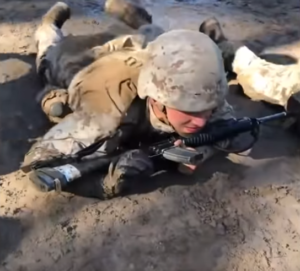 “When he told me initially I was shocked,” Covington said. “Just the mental and moral courage that it takes to be a cancer survivor and then still decide that he wants to serve in a branch such as the Marine Corps.” 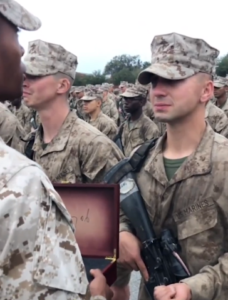 It took incredible strength for Campofiori to reach the ceremony where he finally became a Marine in March 2019, and that didn’t go unrecognized.

“You worked hard,” Covington told him. “This is the second hardest thing you’ve ever had to do.” 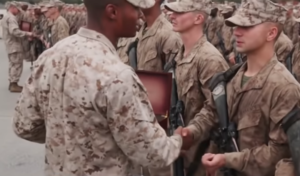 Congratulations, Campofiori! You’re one of the most courageous, determined, and brave individuals we’ve ever seen!

Watch as the Marine fulfills his biggest dream in the video below, and share this story to thank him for his service.

The weight of this recruit’s Marine ceremony was not lost on his staff sergeant. He knew how hard Michael had to fight to get to this moment.