Some people fear that robots will replace humans in the workplace, but at DAWN Café in Japan that couldn’t be further from the truth.

In fact, the reason it opened in the first place was to empower those who can’t work in person to participate through technology. 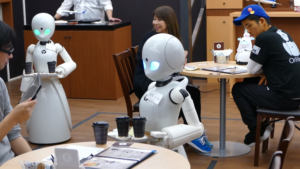 DAWN, which stands for Diverse Avatar Working Network, began as a collaboration between the Nippon Foundation, ANA Holdings Inc., and Ory Lab Inc. Ory Lab created their OriHime-D servers, which are robots that come with cameras and speakers.

These servers can be controlled remotely, which allows people with severe disabilities like spinal muscular atrophy or amyotrophic lateral sclerosis to work.

The café is modeled after the one featured in the anime series “Time of Eve,” which tells a story about humans and robots coexisting peacefully. 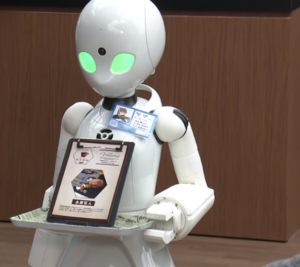 So how exactly does it work? The employees control the robots from home using the Internet and any other equipment they might need.

For example, if someone can’t move or speak, they can use advanced software to type messages with their eyes. Once the robots receive those messages, they are communicated to the customers. They also have access to a live video feed so they can see what’s going on. 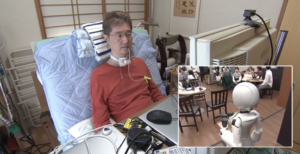 Not only that, but these jobs also give people who are usually homebound a way to connect with individuals they wouldn’t have met otherwise.

“I really felt like I was working at a café ,” said Saeko Murai, who has somatic symptom disorder. “I enjoyed conversations with many customers, and it was an encouraging experience for me.”

While DAWN Café was initially only open between November 26 and December 7 for a trial run in 2018, the companies’ ultimate goal is to establish a permanent location soon. After all, they brought in over 900 customers in less than two weeks! 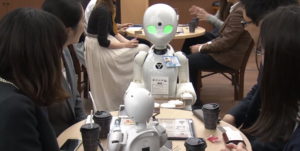 We hope this incredible idea will catch on all around the world. After all, everyone deserves the chance to work!

Learn more about the café in the video below, and share this story to spread the word.

This is technology at its best; breaking down barriers and bringing people together. ❤️