For animal rescuers like David Fernández, every life is worth saving.

David is 26 and lives in Santiago, Chile. Over the past few years, he has devoted all his time to rescuing some of the most forgotten pets out there. He’s already saved more than 500 dogs and cats from deplorable conditions, often nursing them back to health from the brink of death. 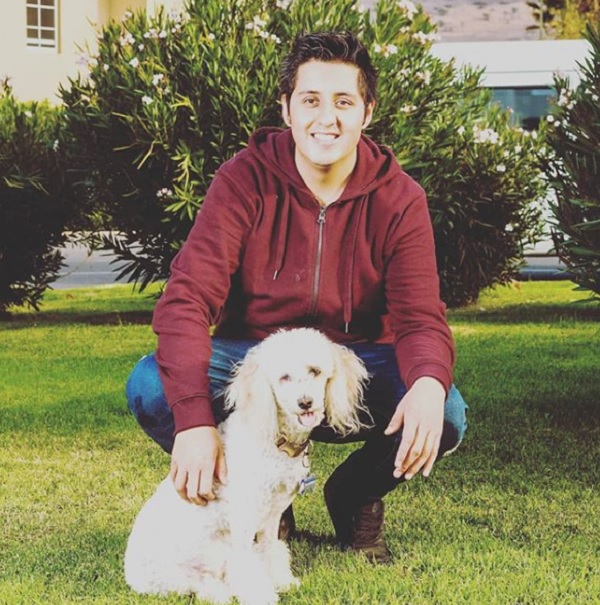 He frequently travels to the worst sections of the capital city to find the animals who need him most.

Most of the time, the pups he finds are malnourished and have mange, open wounds, and parasites. No matter how terrible they look, David always loads them into a dog carrier and brings them safely back to his home to start the long recovery process. Along the way, he takes pictures to remind the world what love and care can do. 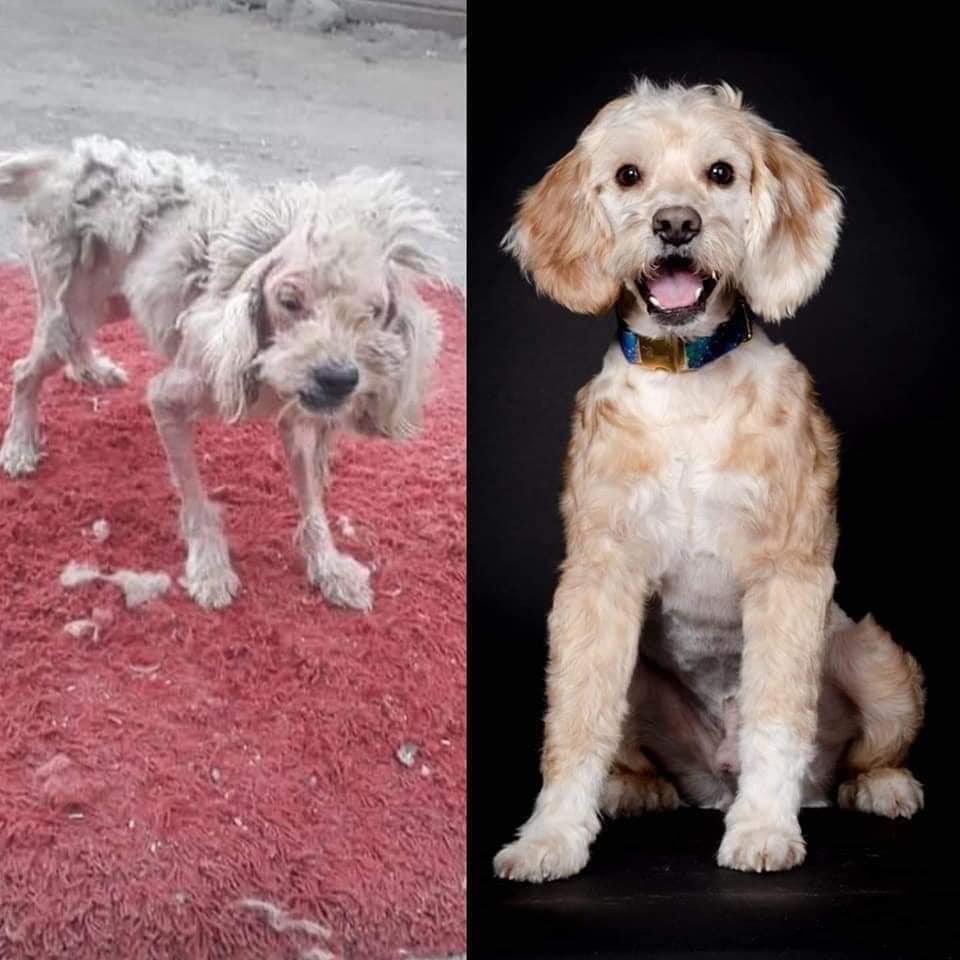 This young pup had lost most of his fur to mange and could barely walk from the pain.

After a few months in David’s care, the spark came back into his eyes! Now, he looks like a brand new animal! He even seems to be smiling in his “after” picture.

Once David rehabilitates each precious little one, he works to find them a wonderful forever home and give them even more reasons to smile. 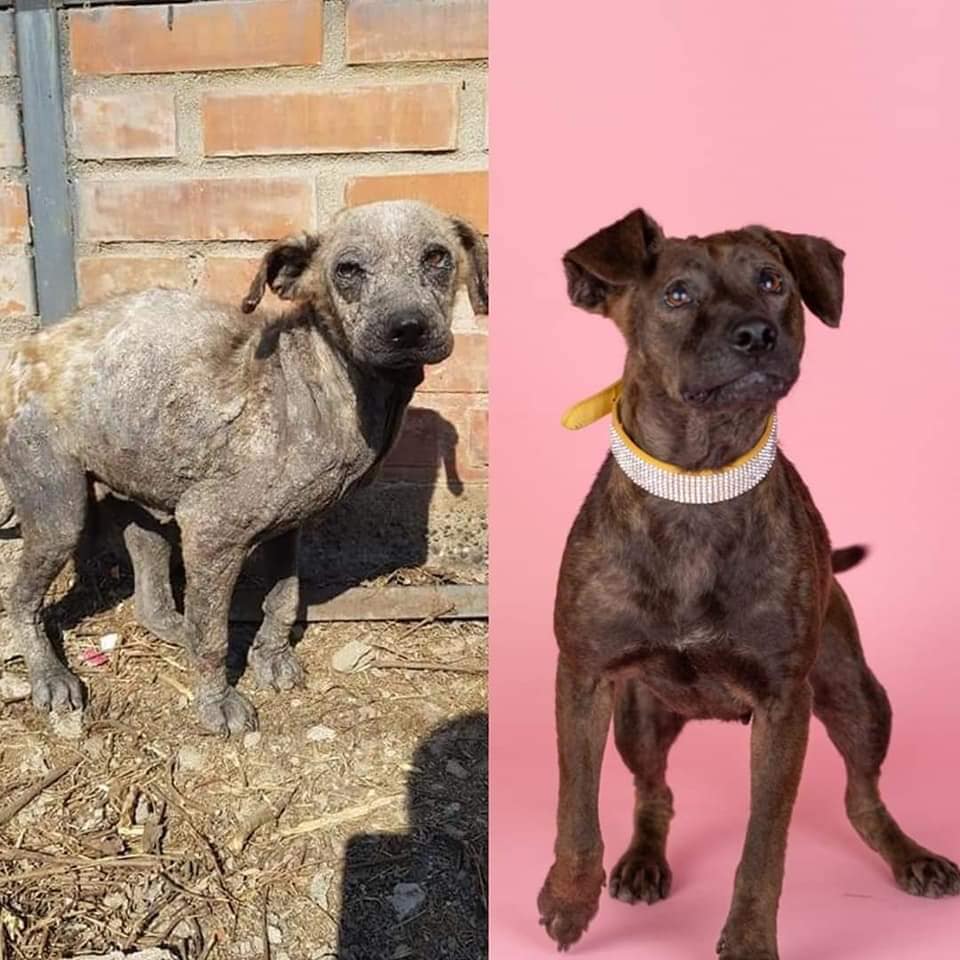 David’s first rescue was Maple-Faustina. He found her on the Isla de Maipo in squalid conditions.

The dog didn’t trust humans and was malnourished and covered in welts and sores. After four months with David, her fur grew back and she fully recovered from her rough start in life! 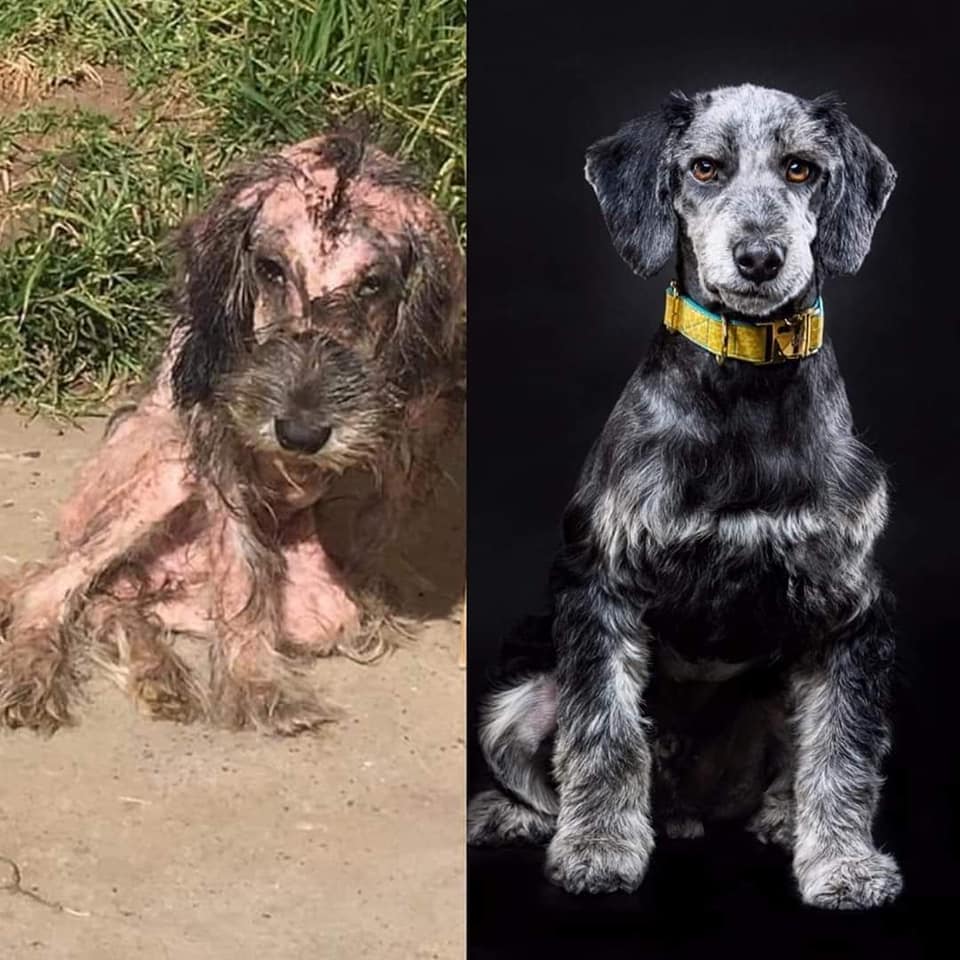 Faustino was the second case David took on, and he shows one of the most dramatic transformations we’ve seen.

Rescued from the village of Valparaíso, Faustino was malnourished and suffering from parasites. A few short months later, he was on the road to recovery. Just look at how shiny and lustrous his coat is now! 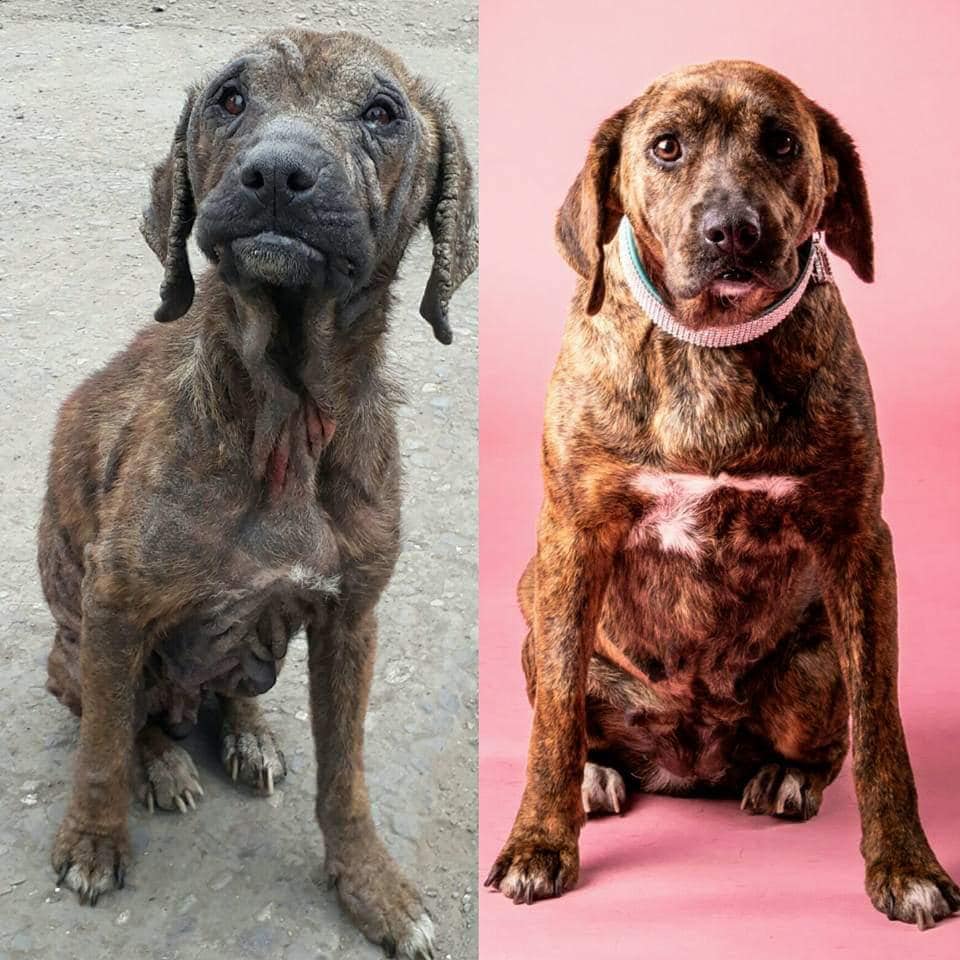 Like most dedicated animal rescuers, David’s efforts are an act of love and compassion. He receives no payment for his services and often has to dip into his own pocket to help nurse these good boys and girls back to life. Of course, seeing how far they’ve come makes everything worthwhile! 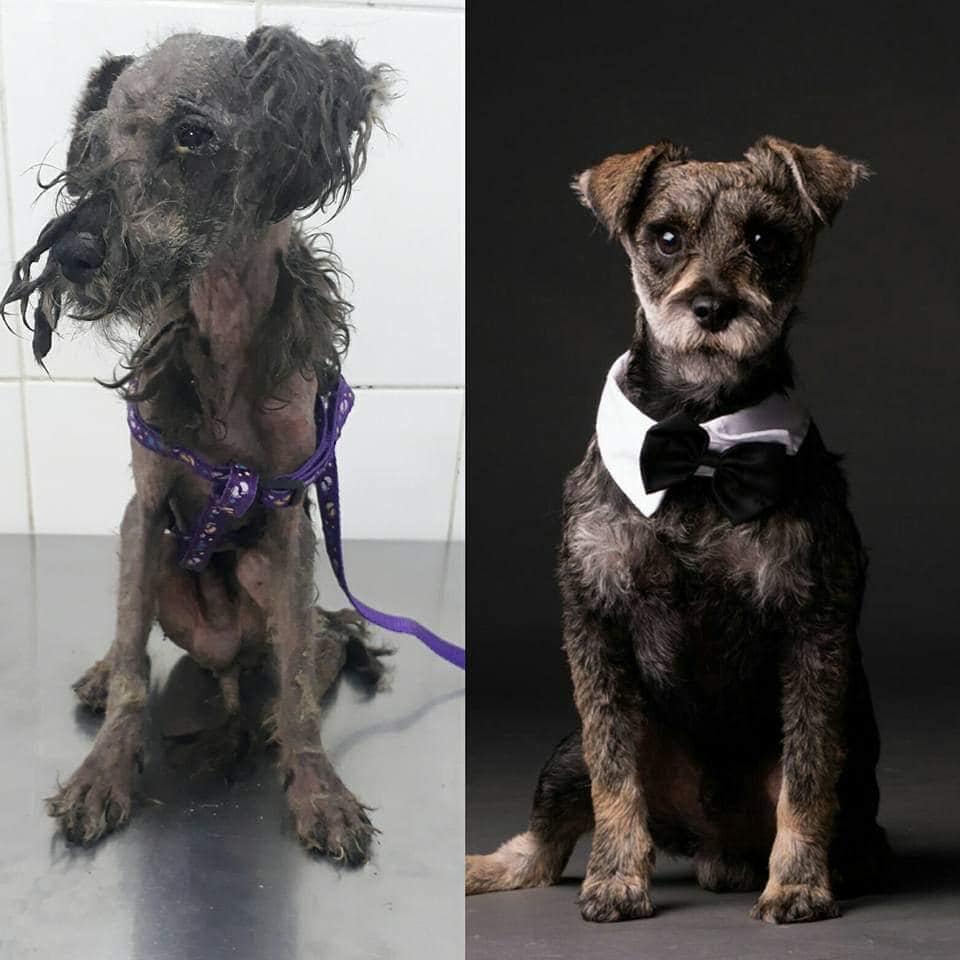 As difficult as these “before” pictures are to look at, it’s comforting to know that each of them is in such a better place now. Clearly, David is a true hero for the dogs of Santiago! 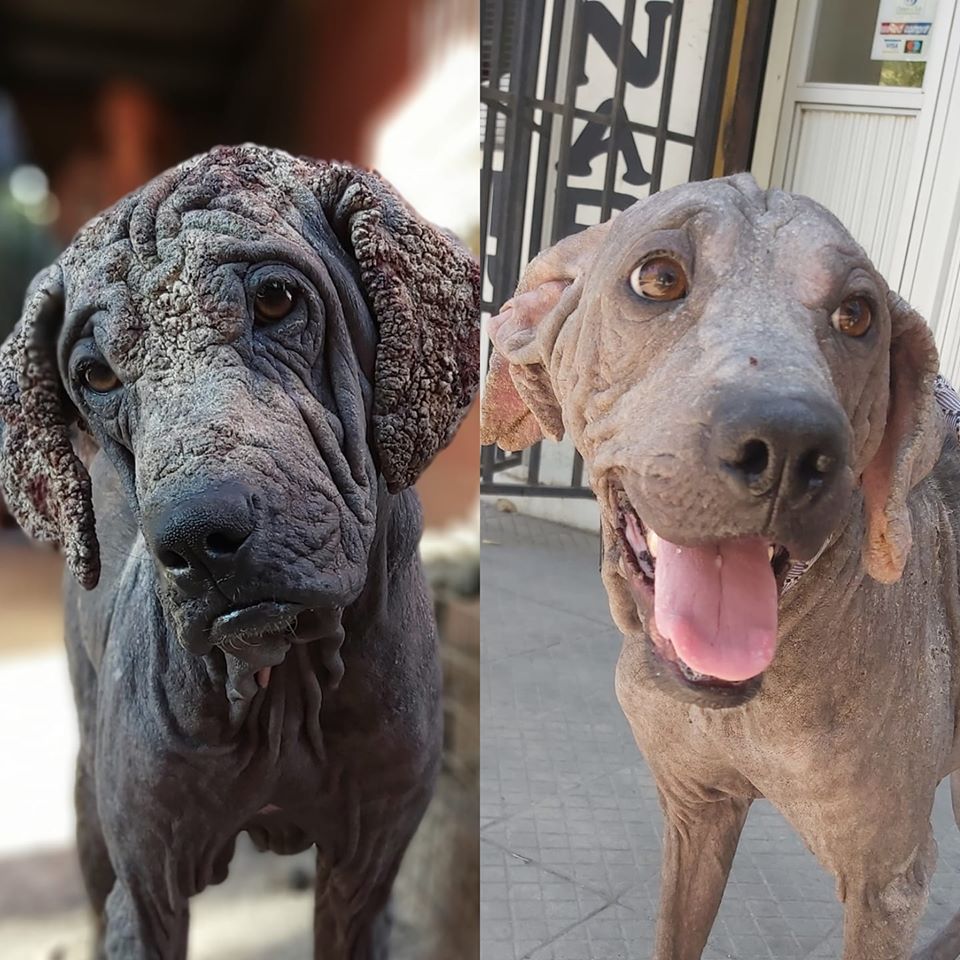 These dramatic pictures show what good food, veterinary care, and some old-fashioned love can do for an animal in need. The most significant changes of all are the looks in their eyes! They’ve truly come back to life, and it’s all thanks to this kindhearted human.

Share this story to thank David and the countless other animal rescue warriors out there!