One of the things Darin Mahlke has always loved about Chelsey is that family means everything to her.

Darin likes to say she’s her family’s historian, as she’s the one who keeps track of all their pictures and videos. So when the two lovebirds tied the knot in 2018, Darin secretly borrowed from her collection. Since a beloved relative couldn’t be at their wedding, he made sure she was there in spirit! 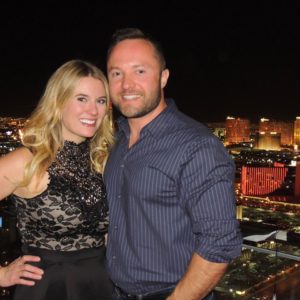 For their first dance, Chelsey and Darin had agreed on Elvis Presley’s “Can’t Help Falling In Love” — or so Chelsey thought. But when the ceremony was over, Darin announced a change of plans.

“Honey, I’m sorry, there’s a better song,” he told her. “It’s sung by someone who would have loved to be here today. And so this way, she can.” 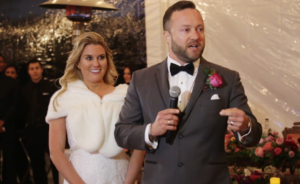 Tears filled Chelsey’s eyes as she heard a familiar sound. It was Janiece Bellanger, her beloved grandmother, who passed away from ALS in 2005.

Janiece loved music — and had a beautiful voice. When she was 13, she recorded herself performing Judy Garland’s “Somewhere Over the Rainbow.” Chelsey cherished the memento so much that she had it converted into CDs for her mom and aunts.

Years before they got engaged, Chelsey had also played the 1947 recording for Darin. She had no idea he even remembered the song, let alone planned to use it on their big day! 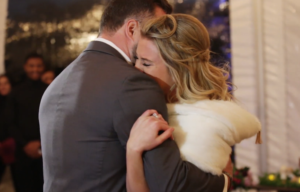 It was the best wedding gift Chelsey could have asked for!

“Hearing her beautiful voice, I knew she was there with me,” she wrote later. 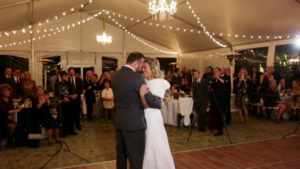 Clearly, Darin adores his wife! We couldn’t think of a more thoughtful way to kick off their marriage. Rest in peace, Janiece. We know Chelsey still misses you every day!

Watch the emotional surprise play out in the video above, and share this sweet gesture of love with your friends.