What’s a girl to do when she can’t find a suitable date among all the boys at her school to go to the prom?

Allison Closs settled for Danny Devito, and thus brought her senior year to a close with a massive bang. He was pretty cookie cutter and one-dimensional in a lot of ways, and he certainly didn’t say much. But he still managed to be the talk of the night, and you can’t ask for better arm candy. 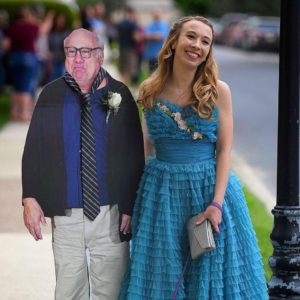 Carlisle High School in Carlisle, Pennsylvania, held its prom last month, and Allison came up with the idea when she found herself without a date. So she jumped on Amazon and discovered there were a surprising number of Danny DeVito cutouts compared to some of the other celebrities she considered. Exactly why that is is anyone’s guess, but regardless, she forked out the $100. 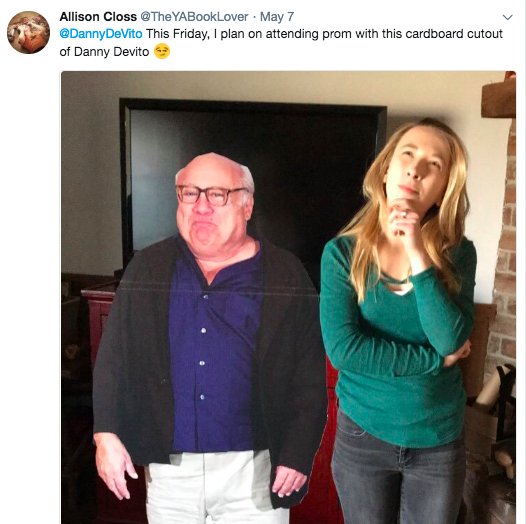 But he wasn’t her only option as Allison told The New York Post:

“I considered other celebrities, like Bill Nye the Science Guy. But many of them would [have required] ordering a custom-made cutout, and I’m not about that money life, if you know what I’m saying.”

On the night of the prom, she pinned him with a boutonniere, loaded him up on a plastic scooter and led him around on a leash during their “date.” Thus she was able to avoid all the tediousness of a living, breathing date. 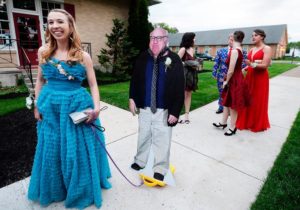 Making things work with a human date can be so exhausting. Danny’s not like that. He just goes with the flow . . . We never argue, never fight. Plus, he treats me the way a woman should be treated. 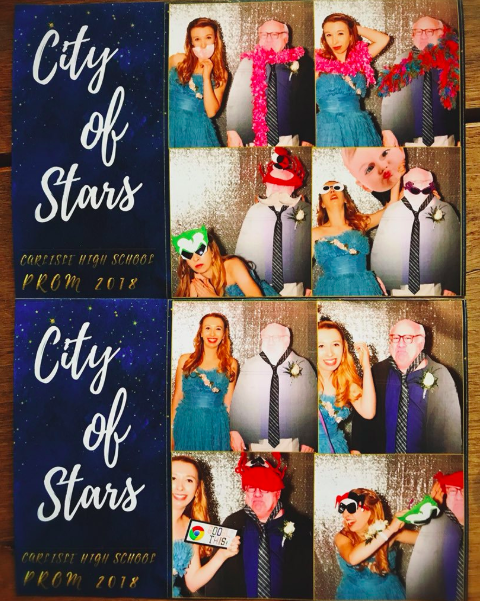 They were a hit at prom, and pictures started circulating, until they reached Danny and the rest of the cast of “It’s Always Sunny in Philadelphia.” That’s probably exactly what she was hoping would happen, but you can imagine her shock about a month later, when she discovered she and Danny went out on a second date.

Earlier this week, Rob McElhenney, one the creative geniuses behind the show (who also portrays character Mac), sent out this little gem: 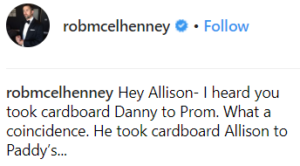 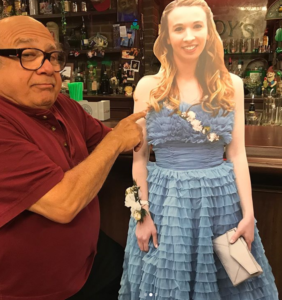 Oddly enough, she was wearing the exact same outfit as before…

Allison begins her studies at Gettysburg College in the fall, with plans to study filmmaking, and was completely over the moon! She replied that she’s “SHOOKETH” and thanked both of them “for fulfilling my dream of visiting Paddy’s Pub from @alwayssunny!!” 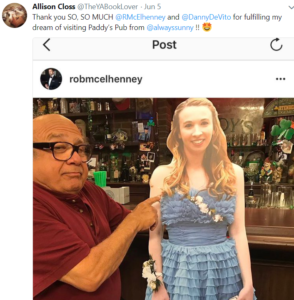 As it turns out, maybe having to improvise your own date to the prom isn’t so bad after all. Share to warm hearts today!