Asking someone out on a date is never easy. And no one knows that more than Dakota Nelton, who is a sophomore at H.L.Bourgeois Braves High School in Gray, Louisiana. In fact Dakota has never gone out on a date with a girl before.

But he was hoping to change that. Mustering up all of his courage, he created a handwritten sign and approached a young lady to ask her to the upcoming homecoming dance. In the middle of a crowded school highway, Dakota held up his sign and held his breath as he awaited her response. 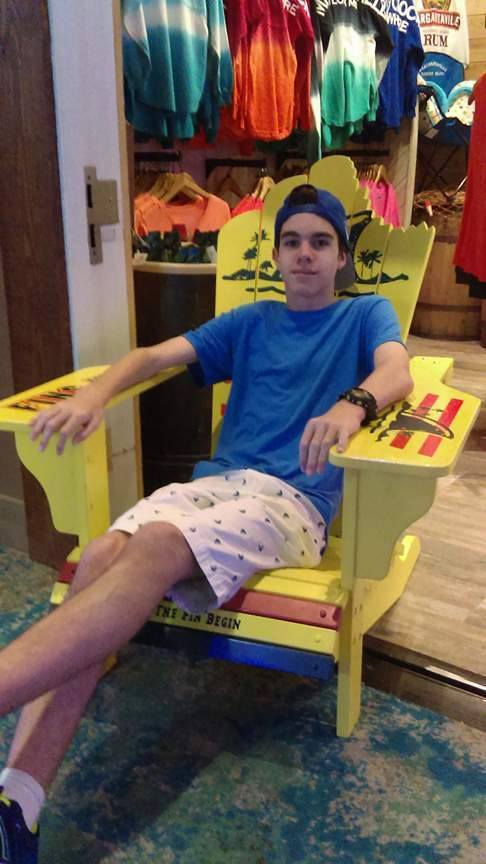 But she said no.

Dakota was crushed, and his situation was made even worse by the fact that another student had recorded the exact moment he got rejected and shared the video on Facebook. The embarrassing clip showed Dakota’s crestfallen face as the sign in his hands drooped and fell to the ground, only to be trampled on by passing students. As with all things mortifying, the clip soon went viral. 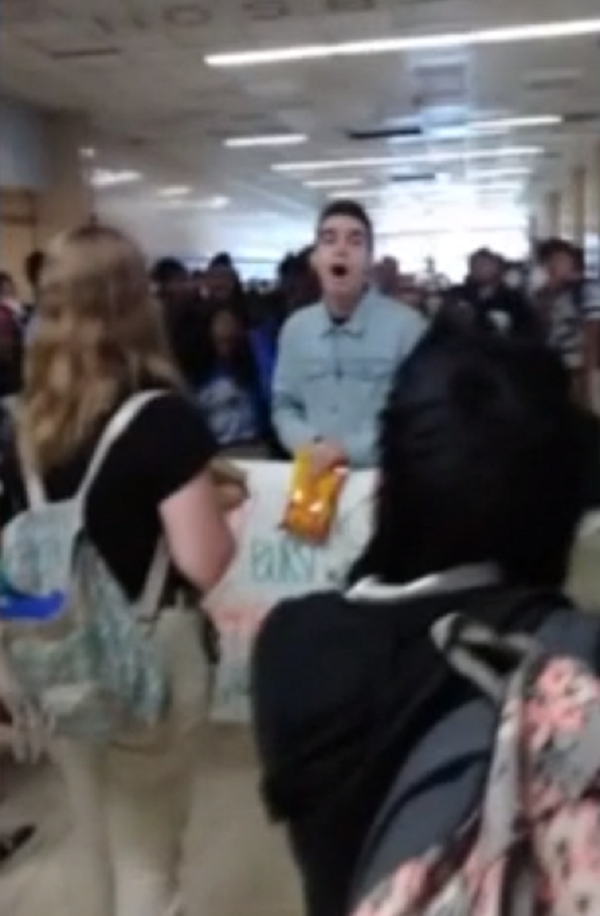 “It was actually a pretty tough moment standing in a small circle with that one shake of the head and you just got to find your way out of that circle,” Dakota recalled.

The teen went home and most likely spent a weekend moping about his rejection, but little did he know that there were plenty of other people at his school who saw the video and were not laughing. Since October is the start of National Bullying Awareness Month, a bunch of kind-hearted girls decided to do something to turn Dakota’s fail into a major win.

Alyssa Buckley and a group of 12 other girls were appalled by the way their classmate had been treated. Showing a maturity well beyond their years, the girls resolved to not only ask Dakota to the dance themselves, but to make sure they asked him in a spectacular way with plenty of witnesses. 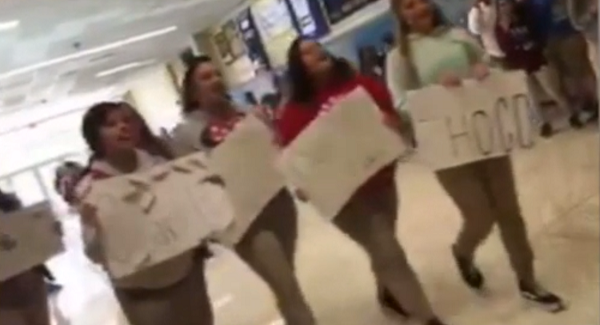 On the Monday after Dakota’s embarrassing incident, 13 girls, including some cheerleaders, greeted him by holding up signs, asking him to homecoming. Dakota was thrilled by the kindness and attention, and this good deed went a long way towards erasing the painful memory of the one girl who said no.

“I felt like one of the popular kids in school which I’m really not,” Dakota said. 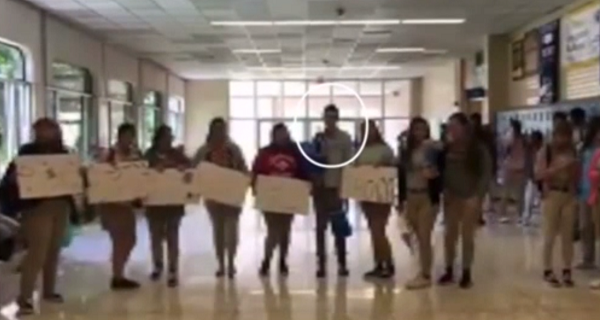 Watch the video below to learn more, and don’t forget to share this shining example of goodness far and wide!