Daisy Perez, 7, has endured numerous surgeries during her short life, and she’s been more than ready for a break from reality for quite a while now. Fortunately, there’s no better place to escape all your worries than Walt Disney World, especially when you get to hang out with your biggest hero.

Born with achondroplasia, a form of dwarfism, Daisy has been receiving care for the condition at Children’s Health in Houston, Texas. A kind nurse there nominated her for the Make-A-Wish Foundation, and Daisy was ecstatic when she learned she’d been granted a wish! 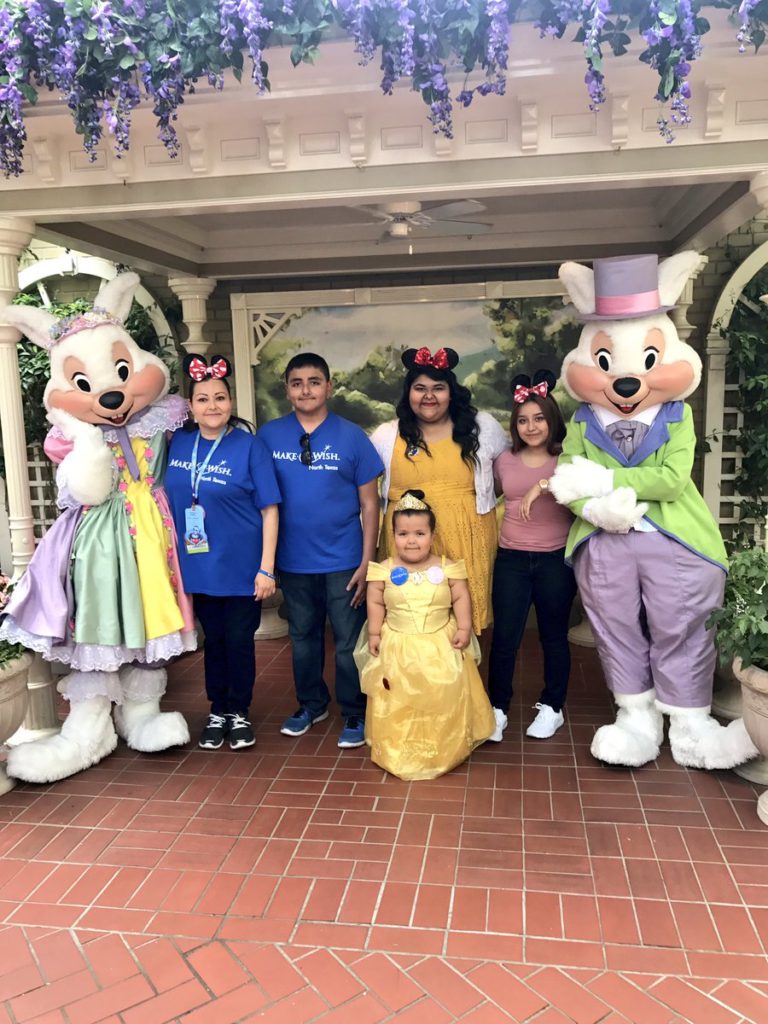 She and her family flew from Dallas to Orlando for their week-long stay at Walt Disney World, which included stopovers at Universal Studios, SeaWorld, and LegoLand.

But the highlight of the trip, and the whole reason Daisy wanted to go to Disney World in the first place came during their stop at Epcot park. The little girl even got gussied up in anticipation of meeting her hero! 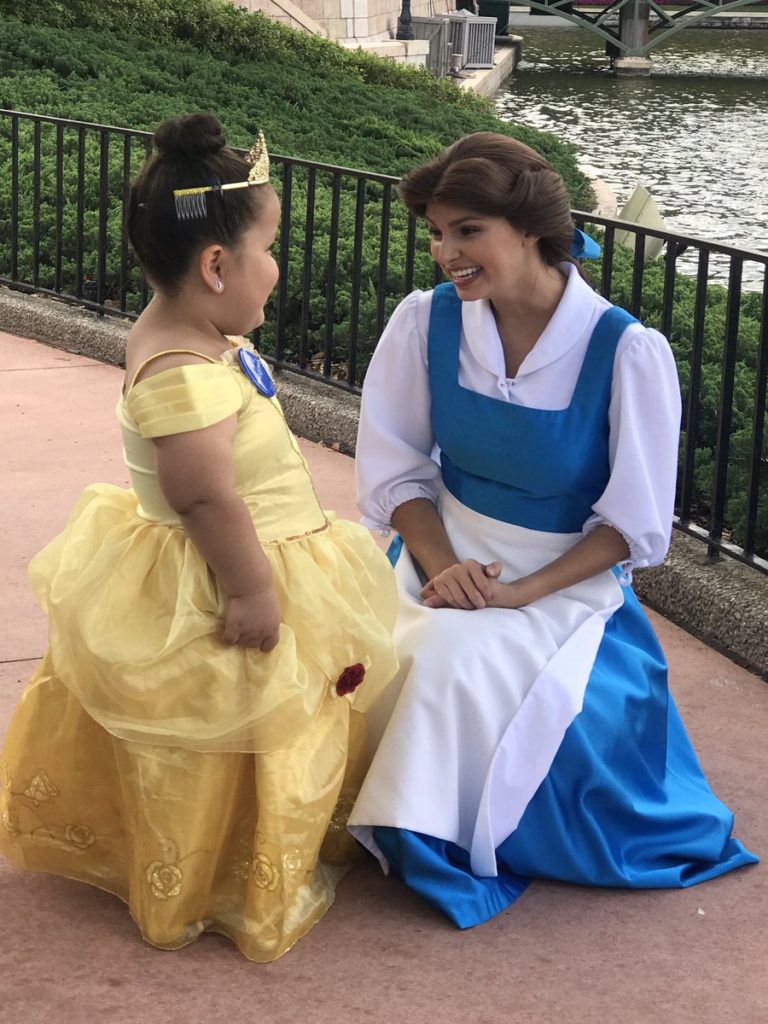 My sister told Belle that she was the main reason Daisy wanted to go to Disney World as her wish. Belle was so touched that she asked us if we had any plans afterwards, and when we said no, she said, “Great! What if I take you on a tour of France?”

Daisy couldn’t believe her hero wanted to hang out with her and “started bawling her little eyes out from happiness.” 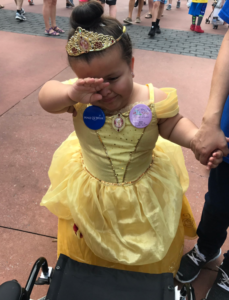 Moments later, this star-struck sweetie found herself strolling hand-in-hand with Belle. It was such a small thing, but the woman who played Belle must have felt so privileged to have been part of something that could bring this young girl to tears of happiness!

By the end of the tour, she was even choking back tears herself because “she was so touched.” 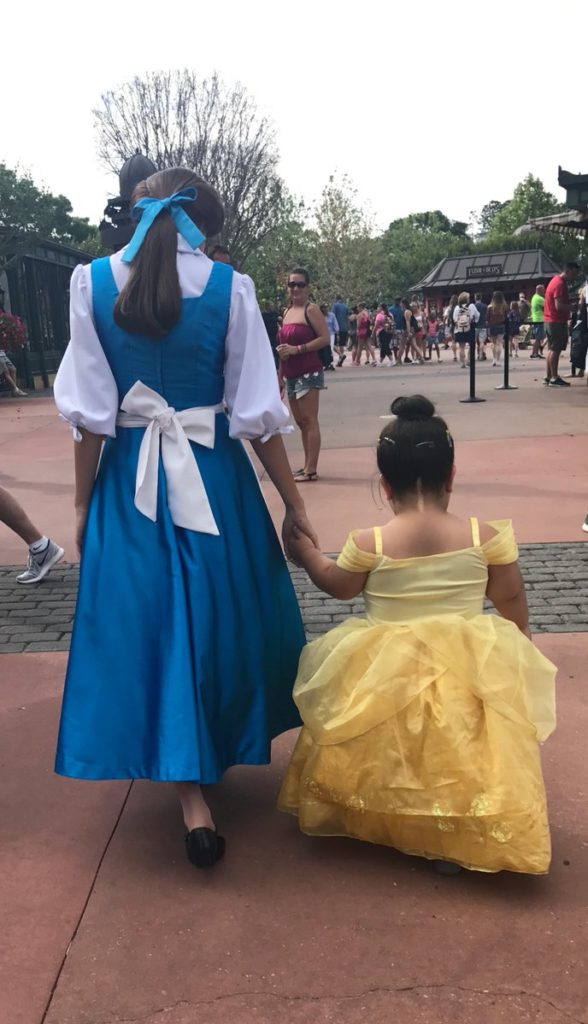 For a day, Daisy wasn’t having to worry about surgeries or doctor’s appointments. She just got to be carefree and have fun. Disney World, Make A Wish, & Give Kids the World really made a difference in Daisy’s life. They are all amazing organizations and people’s donations really do make a difference. 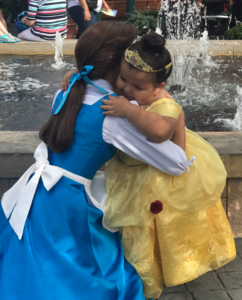 Daisy and her family have since returned to Dallas, but there’s no doubt they’ll be talking about this once-in-a-lifetime trip — and especially Daisy’s personal tour through France — for years to come!

Watch a part of their sweet tour below and share to spread smiles and support for the Make-A-Wish Foundation so they can help make more children’s dreams come true.

Thank you everyone for all the sweet comments about Daisy?Belle was a big reason why she wanted Disney World as her wish,so today was great? pic.twitter.com/EoZIkyUPXl