No matter what’s going on the world, you can count on dads to make corny jokes.

When Reddit user JulesGirth shared photos of the signs his neighbor has been placing on his lawn each day, he had no idea they would go viral so quickly. He simply got a kick out of the stranger’s daily “dad jokes” and decided more people needed to see them! 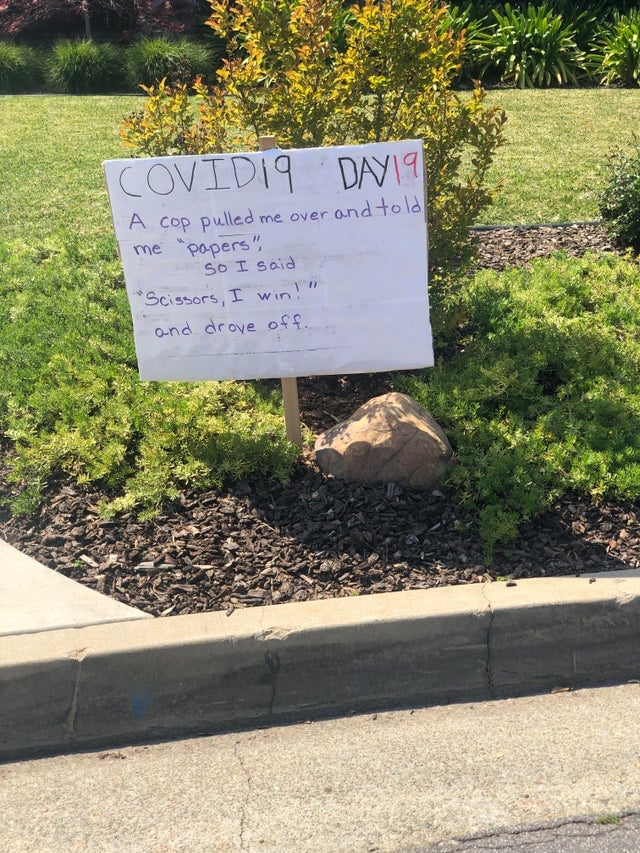 Jules said he started noticing the signs in his Claremont, California neighborhood every day since the beginning of the state’s mandatory lock down period on March 19th. He snapped a picture of the signs two days in a row, then shared them on Reddit. Within a day the post had gone viral and Redditors were clamoring for more!

“My neighbor’s been posting daily dad jokes on his lawn since the lockdown started in LA. Here’s #20.” 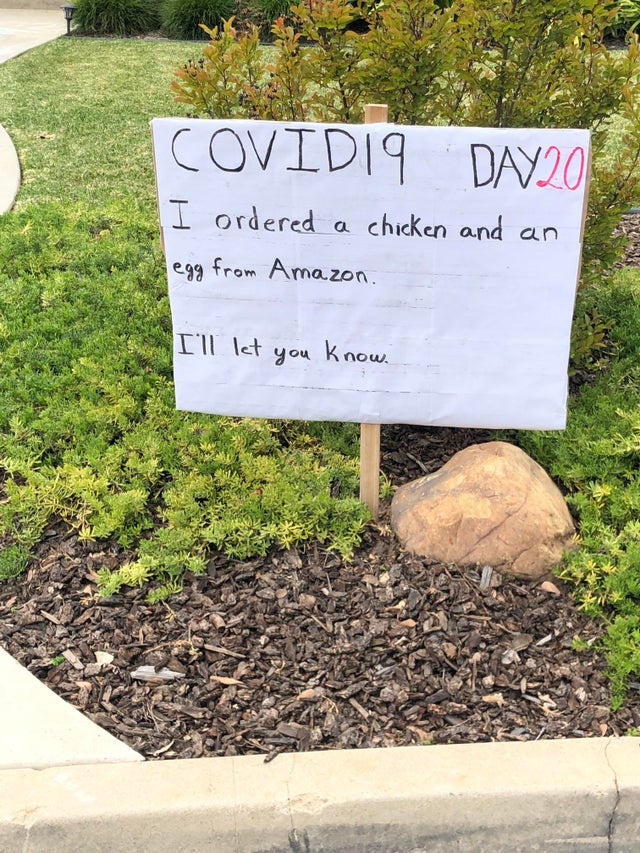 Jules told eager commenters that he didn’t yet know this neighbor, but promised to introduce himself (from a safe distance) next time he saw the neighbor outdoors. 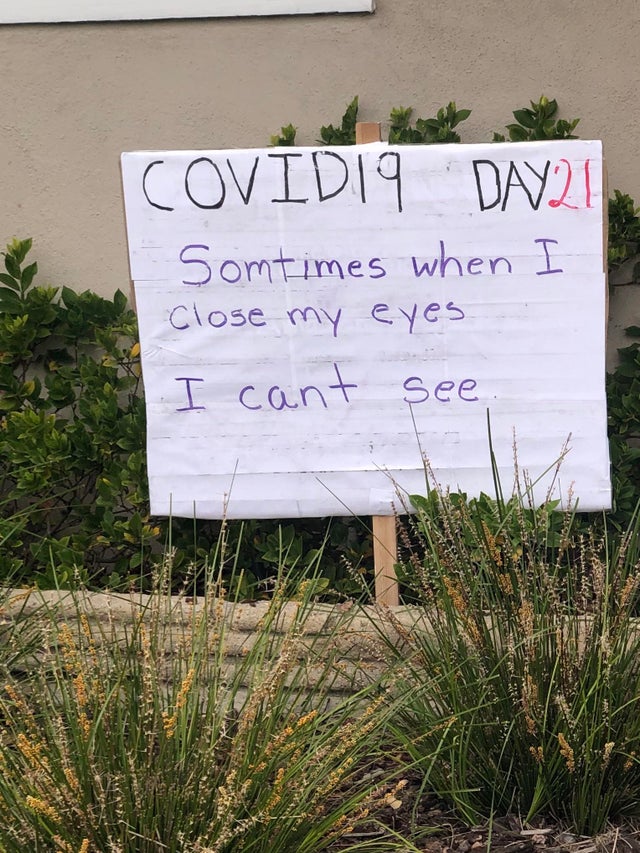 “I read these to my husband every day, and he groans as I rofl,” one commenter wrote. “But then he almost always chuckles, because they ARE funny. Have you let your neighbor know he has a huge following here on reddit? Maybe leave a note for him by his sign. Please let him know we think his signs are great!!!” 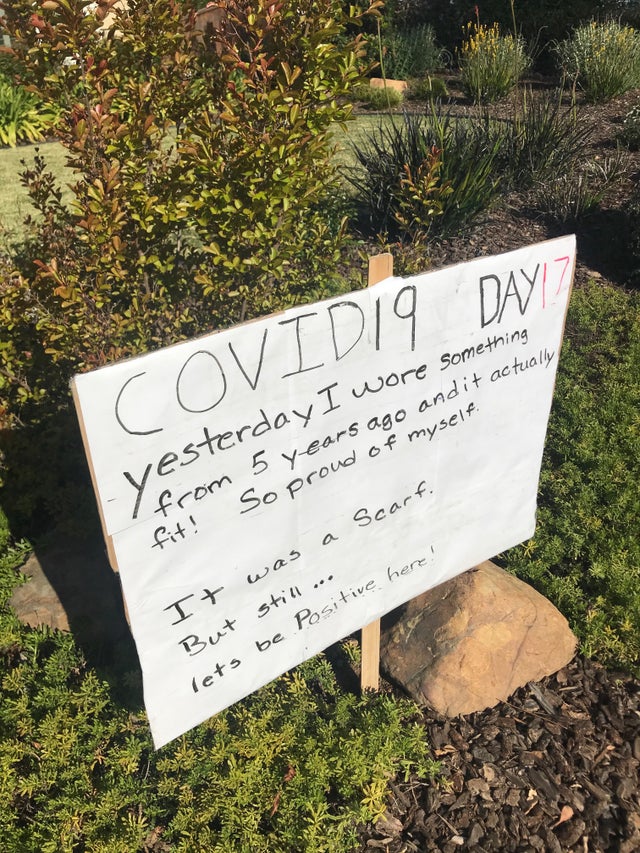 “Good news everyone, I just met my neighbor. Super cool guy! He sent me a few more that he had from previous days which I will post now.” 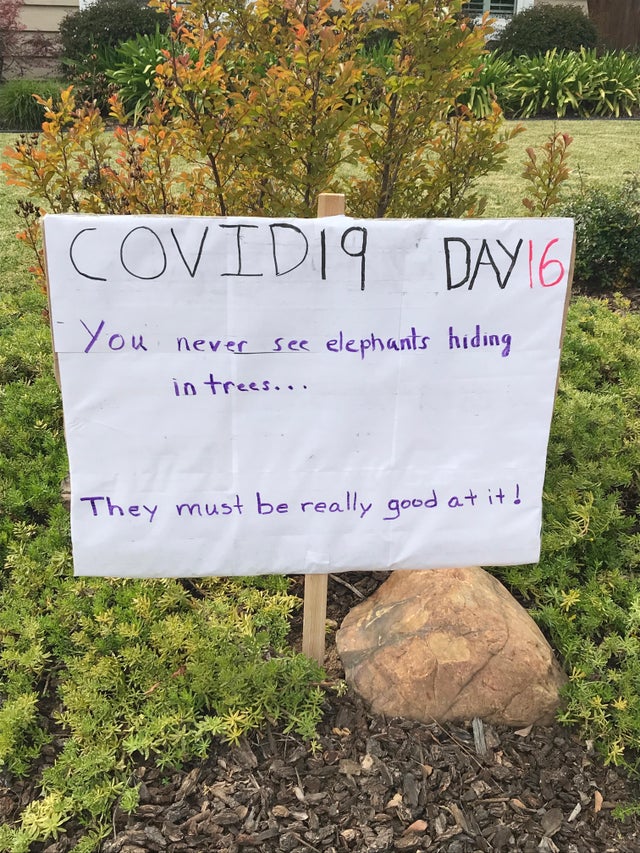 Jules uploaded 5 more images that his neighbor shared with him. The neighbor is considering getting a Reddit account of his own so he can share more of his humor with the world. 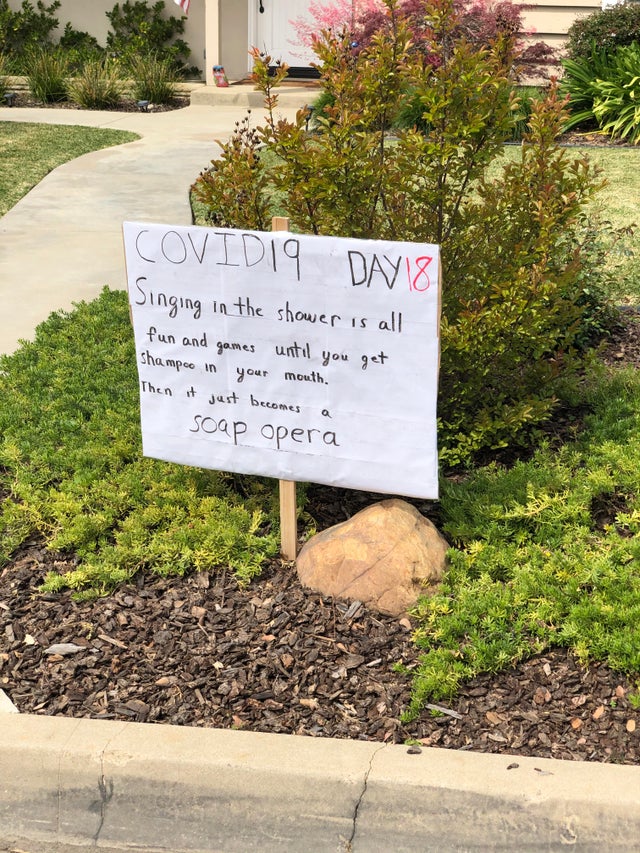 “I have let him know and he is getting a kick out of it,” Jules told his new fans. 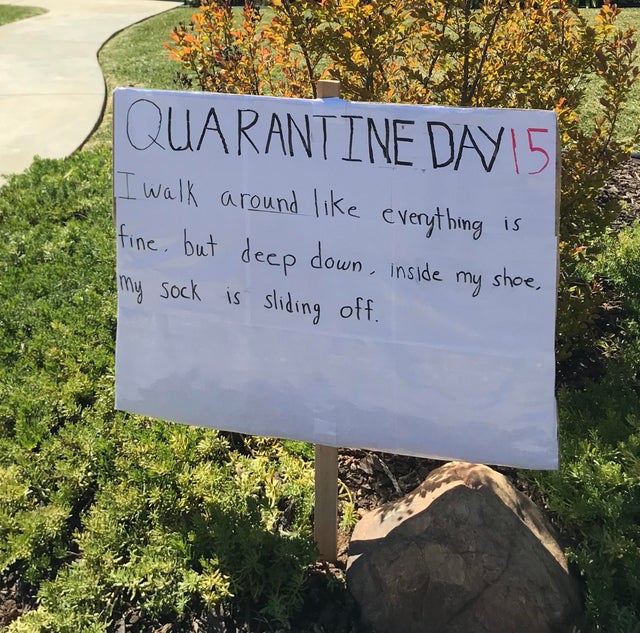 The internet has always loved a good corny dad joke, so it’s no surprise Jules’s find was such a big hit online. He says his neighbor is doing it just to amuse himself and his neighbors during a difficult time. Aw! 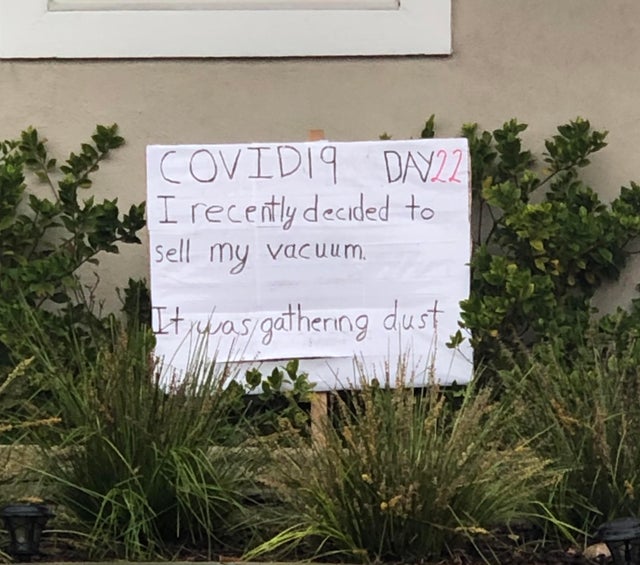 What a sweet and simple way to lift your neighborhood’s spirits! Thanks to Jules, the rest of the world gets to enjoy these cute signs as well. Thanks, Jules!

Share this story to inspire more random acts of humor in a stressful time!