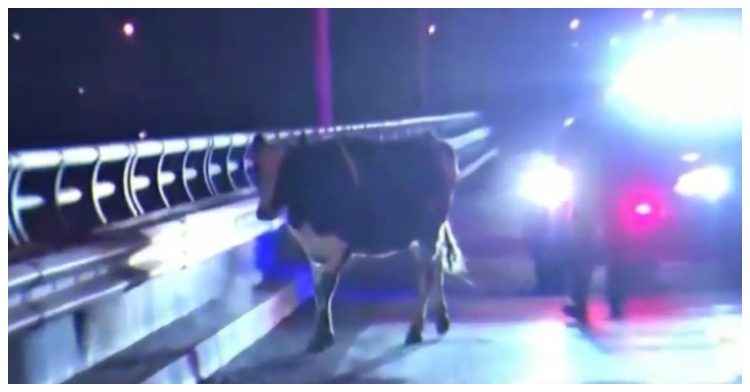 Pregnant Cow Leaps From Truck Headed For Slaughterhouse To S...

A mother’s love is one of the most powerful forces in existence. It means doing whatever necessary to protect your little ones, no matter the risk or cost.

It was the middle of the night on December 27 when a terrified, desperate cow proved how far she’d go to save the life growing inside her. Locked inside a transport truck bound for a slaughterhouse in Paterson, New Jersey, she jumped out of the second floor and fell eight feet onto the highway. 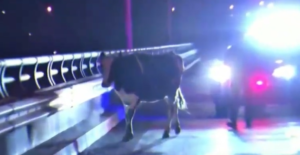 Authorities chased the distressed bovine around for the better part of an hour before they finally caught her. But by then, they didn’t have the heart to send her to the slaughterhouse. Instead, an on-scene police officer named Brian called the Skylands Animal Sanctuary in Wantage and explained the situation. 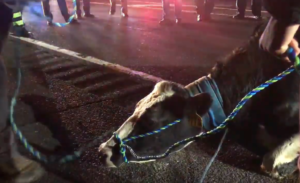 Mike Stura, the owner of the nonprofit organization which rescues, rehabilitates, and provides a lifelong home for farm animals, came to pick her up. 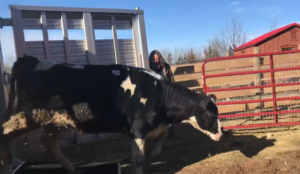 She was named Brianna — after the officer who alerted the sanctuary — and got her first taste of freedom a few hours later. 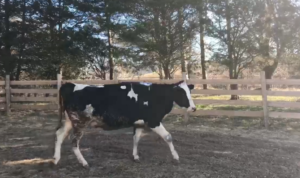 News of her escape and subsequent rescue quickly went viral. People across the country cheered for Brianna as she started her new life in greener pastures… and they were cheering again two days later when she unexpectedly gave birth to a baby girl named Winter. 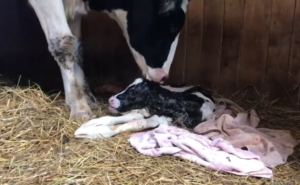 As it turns out, Brianna was about nine months pregnant when she leaped out of that truck. Her courage ensured her baby would have a chance at life, and Mike was there every step of the way to make that happen. In fact, he’s the one who literally pulled the calf out of her mother! 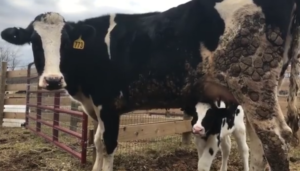 “… I saw Winter open her eyes for the first time and look right at me. Easily one the most incredible things I’ve ever been involved in,” Mike said. 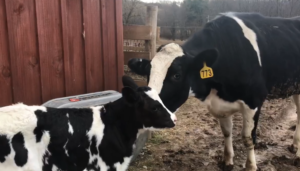 Now the mother and daughter are inseparable and enjoying the simple pleasures of life at the sanctuary. Mike hopes that by sharing their story, people will consider adopting a meat- and dairy-free lifestyle so more mother cows and their babies will be spared.

Watch as adorable little Winter takes her first wobbly steps in the clip below, and don’t forget to share.