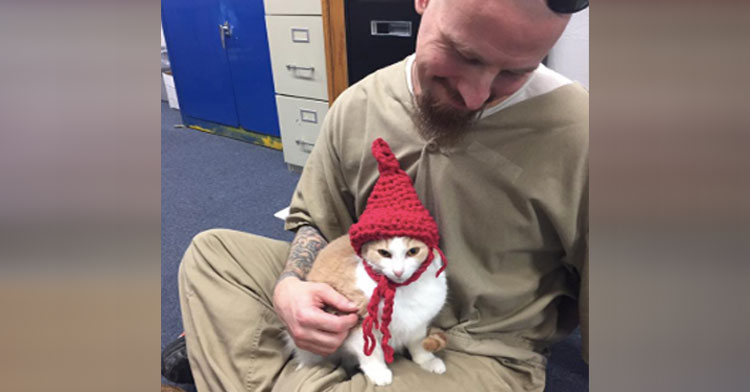 Pets do more than simply provide us with comfort and companionship. Caring for them can actually help us become better versions of ourselves!

If you ask one group of inmates at Indiana’s Pendleton Correctional Facility, they’ll also tell you that animals (specifically cats) have the power to give us hope. 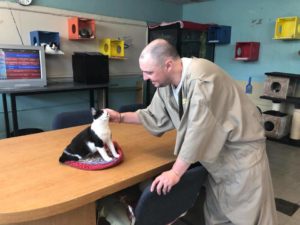 After the success of a dog training program, Pendleton Correctional Facility wanted to do more to rehabilitate its inmates. So in 2015, it started FORWARD, or Felines and Offenders Rehabilitation with Affection, Reformation, and Dedication.

Then it began bringing in shelter cats from the Animal Protection League in Anderson, using a refurbished office as their living space. 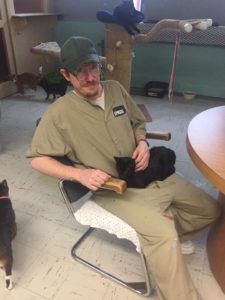 The program is voluntary and entirely funded through donations. The only requirement is that inmates pass an interview with FORWARD spokeswoman Michelle Rains to ensure they’re a good fit. Once they’re cleared, the men get to work, taking turns cleaning the space and socializing with the cats. 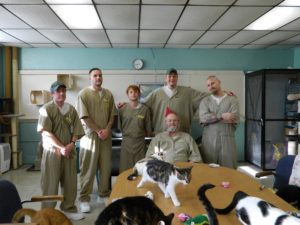 Maleah Stringer, director of the Animal Protection League, said the experience has been incredibly rewarding for both the men and the felines. The cats teach the inmates responsibility and compassion, which prepares them for life after prison.

“I’ve had offenders tell me when they got an animal, it was the first time they can remember they were allowing themselves to care about something, to love something,” Maleah said. “That’s a pretty powerful statement.” 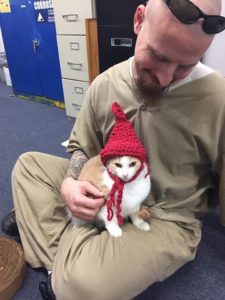 Lamar Hall, one of the program’s participants, said he always looks forward to spending nine hours with the cats.

“It keeps my mind on good things, positive things, rather than just sitting in a cell for the majority of the time,” he said. “Love will change characteristics from anybody’s tortured past. That goes for animals and humans really.” 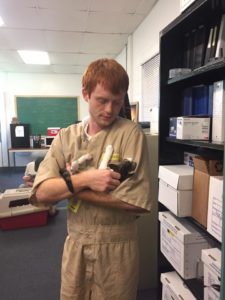 As for the cats, they don’t have to spend their time in cages. Instead, they live in a large space with walkways, cat trees, and scratching posts and learn to socialize, which makes them more likely to find forever homes. Plus, they can be adopted by staff members or offenders’ families. 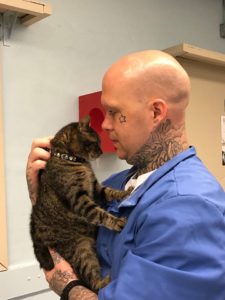 Clearly, animals have an incredible ability to change our lives. We’re so excited to hear how this program continues to reignite people’s hope for the future.

Share this story as a testament to what the love between people and animals can do.