Before he became a police officer with the Poteau Police Department in Oklahoma, Jody Thompson had investigated child-abuse cases for the district attorney’s office. But this was one of the worst he’d ever seen.

When he arrived at the scene that day in 2015, he found himself face to face with an eight-year-old boy who weighed just 61 lbs. and was covered head to toe in bruises. Submerged in a trash can filled with cold water, he had no way of escaping the shower stall because his hands and feet had been bound by rope.

After his injuries were photographed, Jody took the young boy, John, to the hospital, where he was admitted to the Intensive Care Unit. 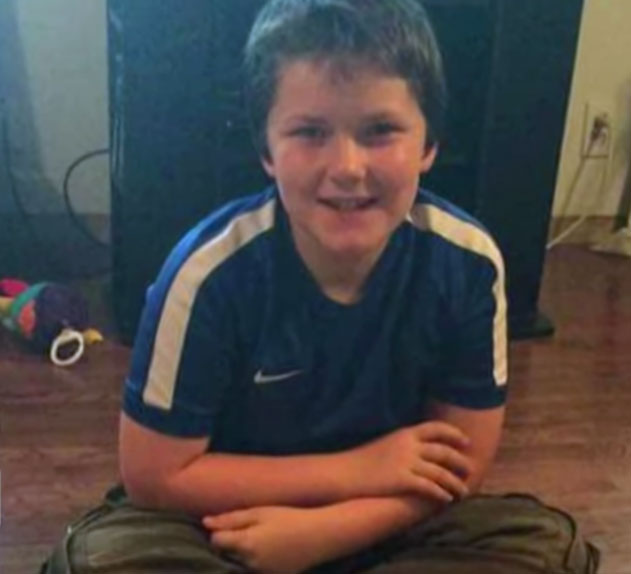 “When I’d seen him in that house shivering and his hands tied – just soaking wet and confused – I knew at that moment the only time I would be satisfied and sure that he was safe is if he was with me,” Thompson said.

He and his wife already had two sons, who were 8 and 15 years old at the time, but “seeing any human being, let alone an eight-year-old child, in that state ripped my heart out,” he said. 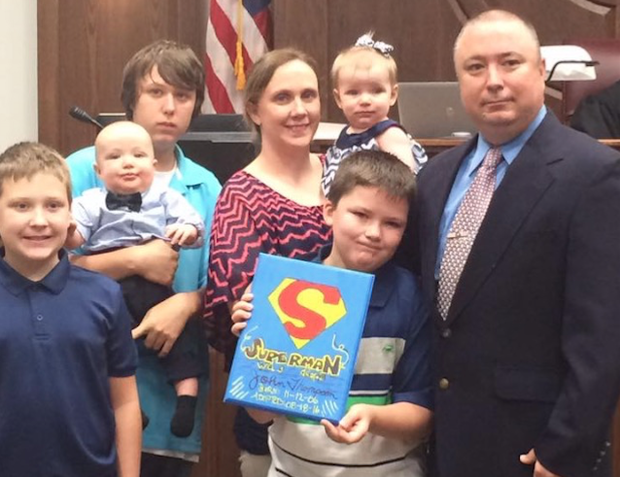 The Thompson family began fostering John on April 30. Incredibly, the original family of four nearly doubled in size that year: Two days after they began fostering John, Jody found out that his wife was pregnant with their third child. And in November, they took in John’s sister, who was born while her and John’s mother was incarcerated. 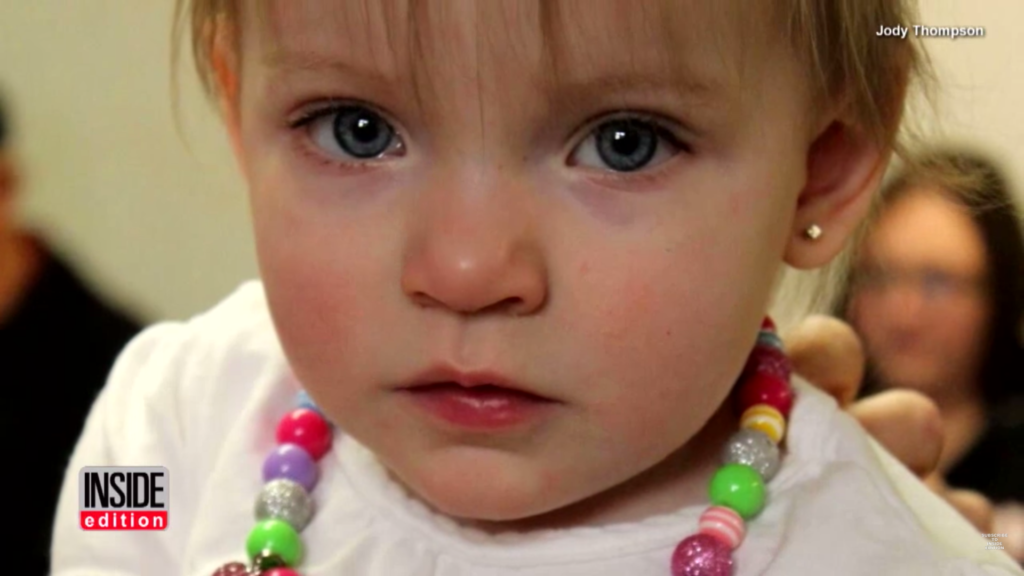 “We literally picked her up in the hospital the next day when she was a day old and brought her straight home,” Thompson said. “Never in my life did I dream of having a large family, but God had different plans and so here we are. And I’m loving it all.”

Last month, John stood by Thompson’s side as he was presented with a certificate of commendation from the Oklahoma Bureau of Investigations. 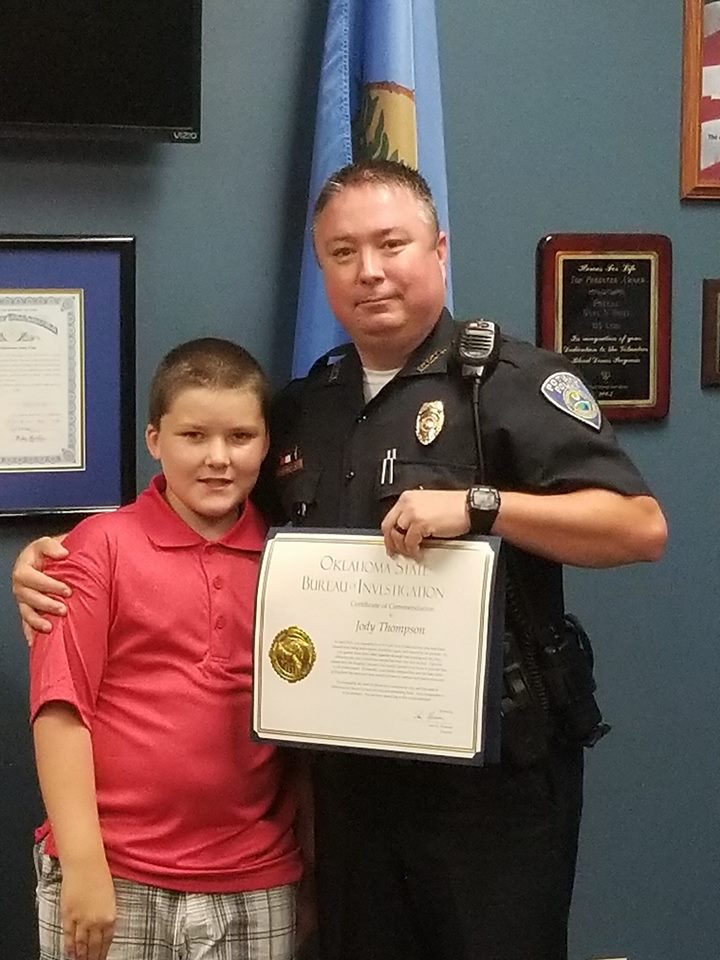 “You exemplify the kind of officer your community, city and the State of Oklahoma are blessed to have serving and protecting them.”

Watch the video below to find out more about this amazing officer with a heart of pure gold.