Aside from the boats of french fries that can be bought at concession stands, the best part of going to a live sporting event is hearing an amazing talent sing the National Anthem. (I guess the game itself is pretty cool, too…)

It’s a difficult song that requires a performer who can truly belt and, if nailed, it can make your arm hairs stand on end. In a video uploaded to YouTube, a 9-year-old girl named Coco Jones gives exactly the kind of performance I’m talking about.

The video opens on Coco standing in the middle of a football field wearing a Los Angeles Rams jersey. She’s smiling at the camera looking slightly nervous as the announcer introduces her to the packed stands. 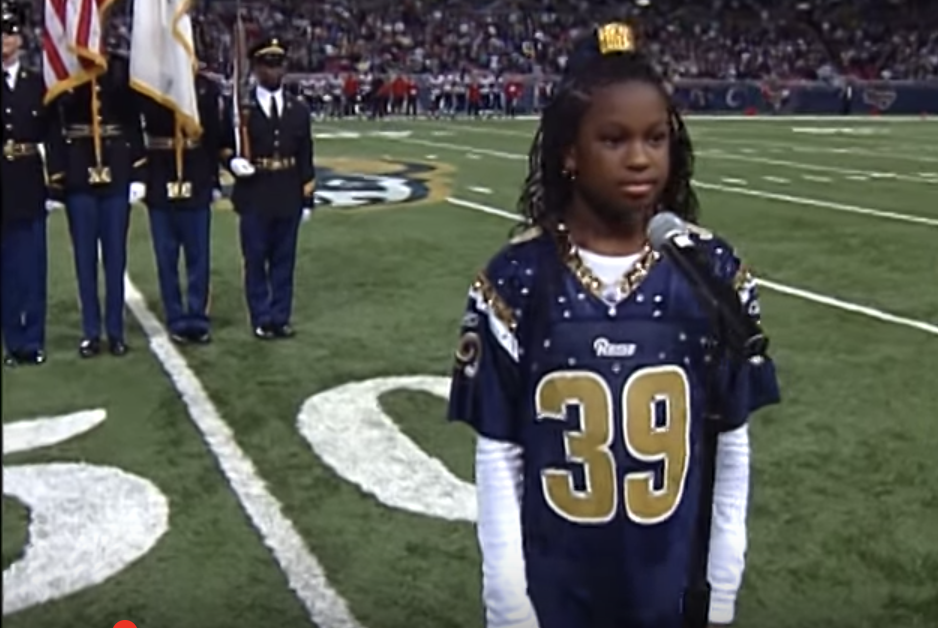 Then, it’s time for her to sing. When she opens her mouth, the powerful voice that comes out doesn’t seem to match the young girl it belongs to. It’s enormous in range and textured in sound; Coco Jones can SING! 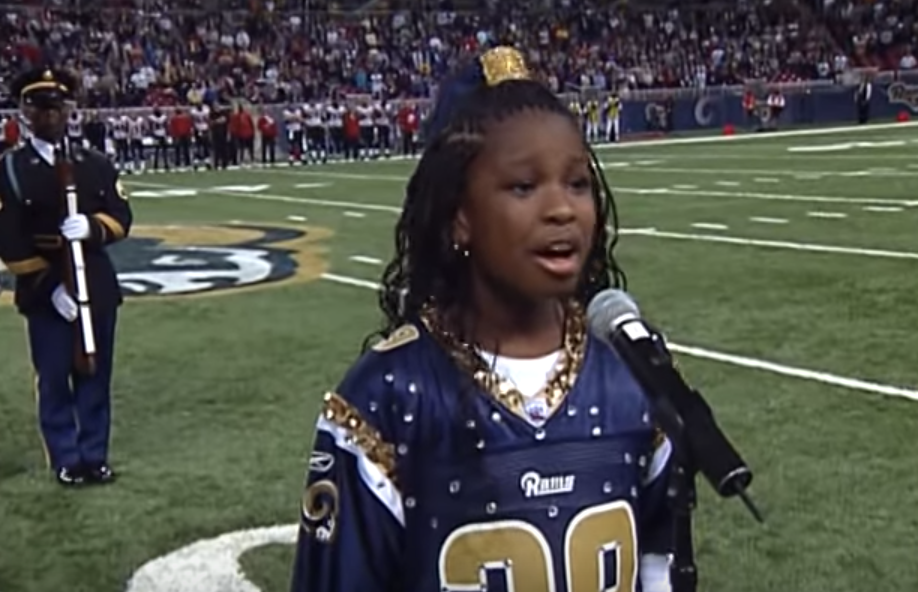 She nails the anthem and inserts her own notes here and there when appropriate, giving the song an even richer and more personal feel to it.

Not once does Coco waver while singing—her performance is truly incredible. 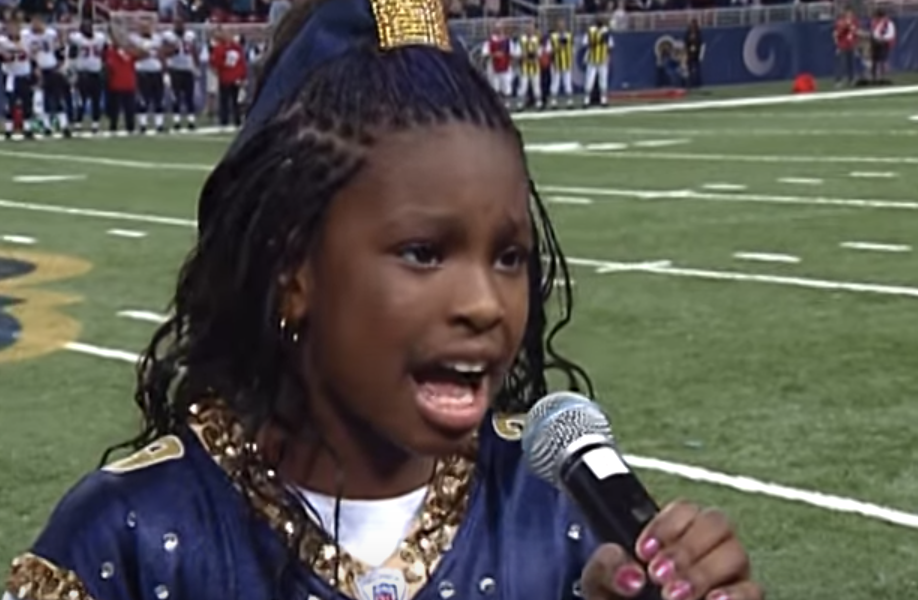 When she finished singing, she blows the audience a kiss before cheering, “Go Rams!” into the mic. As she runs to the sidelines, a few Rams players congratulate her on her performance, telling her, “Awesome! And “Good job!” 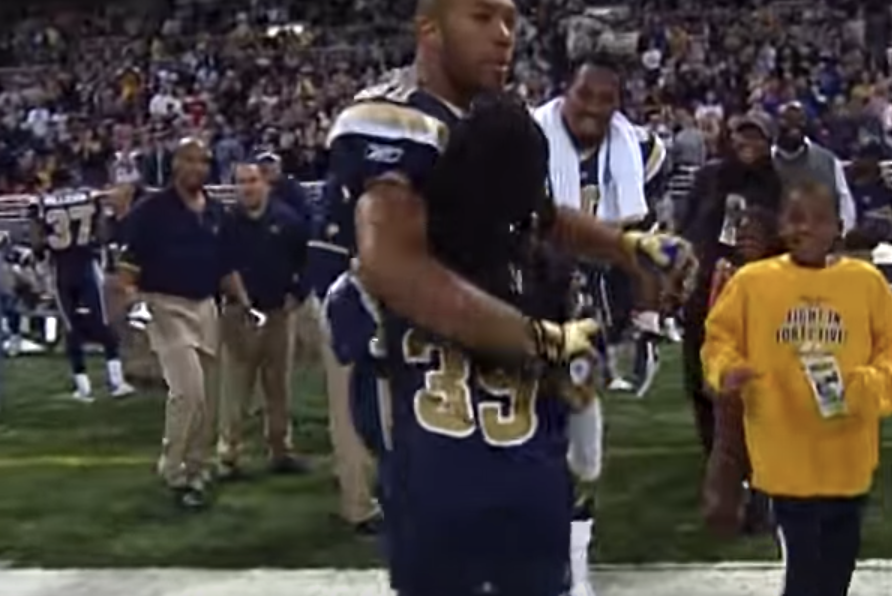 Watch Coco’s amazing performance below and share if you wish the National Anthem was always executed this flawlessly.