Even though military families are used to seeing their loved ones go away on deployment, it never gets any easier to live each day without them. That’s why it’s always so incredible to see a service person return stateside to grant their families with the best surprise ever.

Freshman running back Ty Lucas was getting his head in the game before taking on Duke in Clemson’s Military Appreciation Day game. Little did Ty know, Clemson had helped arrange a very special surprise for the young man — his deployed dad, CPT Cody Lucas of the United States Army, had returned from Afghanistan early and was waiting on the sidelines to cheer his son on. 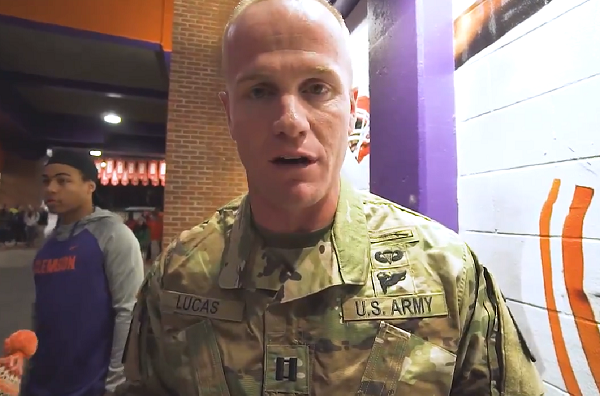 Captain Lucas is a Signal Advisor with the 1st Security Forces Assistance Brigade. He’d spent the past 9 months overseas, and he couldn’t wait to go see his son play college ball for the first time. Clemson recorded the moments when Captain Lucas entered Memorial Stadium, and the resulting footage is nothing short of heartwarming.

“You think I’m in Afghanistan right now,” Captain Lucas said into the camera. “I’m here to surprise you.” As Ty walked off the field with his teammates before the game, his dad got his attention by shouting, “Hey!” and giving the player’s arm a nudge. 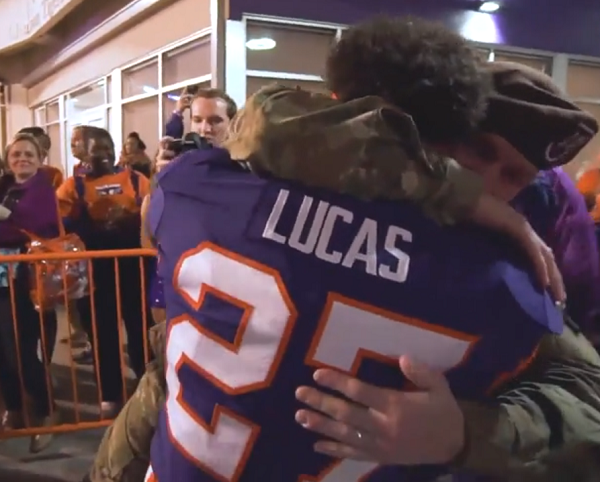 Ty’s face is ecstatic as he realizes that his dad is standing right in front of him for the first time in nearly a year. They wasted no time and immediately embraced in a big, tight bear hug. 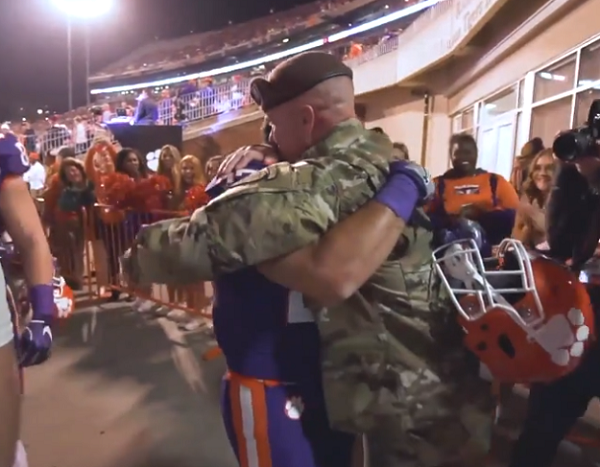 The two shared several long moments together before Ty had to get back to the game, later telling the Clemson cameras, “It was a huge surprise. The best thing ever. I was not expecting it at all!” 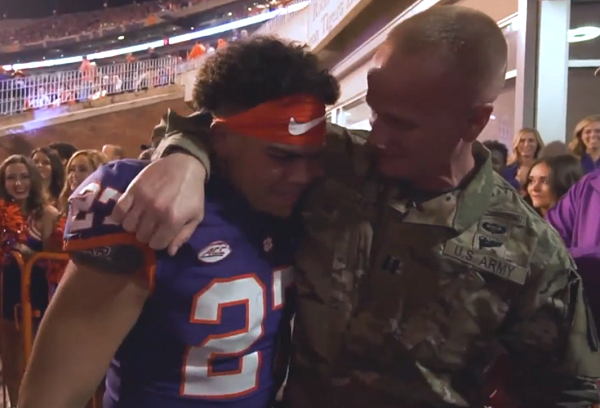 Captain Lucas must have brought some good luck with him that night, because Ty’s team ended up crushing Duke 35-6. Something tells us that Ty and his teammates were fired up to see one of our heroic servicemen back at home.

Watch their emotional reunion in the video below, and don’t forget to share.

On Saturday, CPT Cody Lucas, United States Army, Signal Advisor with the 1st Security Forces Assistance Brigade, was in Memorial Stadium to surprise his son, running back Ty Lucas, after 9 months in Afghanistan.

2 Homeless Men Clean California Street Every Day Out Of Love For Their Community.

Every morning, David Hendon and Marc Gervais wake up before the sun rises and diligently get to work on an Oceanside, California, street. They always show up with brooms, buckets,...