If we want something, sometimes we just have to ask for it.

Clark Neily, Cato Institute’s vice president for criminal justice, recently shared a story on Twitter that proves he’s always been a go-getter. Of course, in 1978, he had different goals — like finding an aardvark toy. 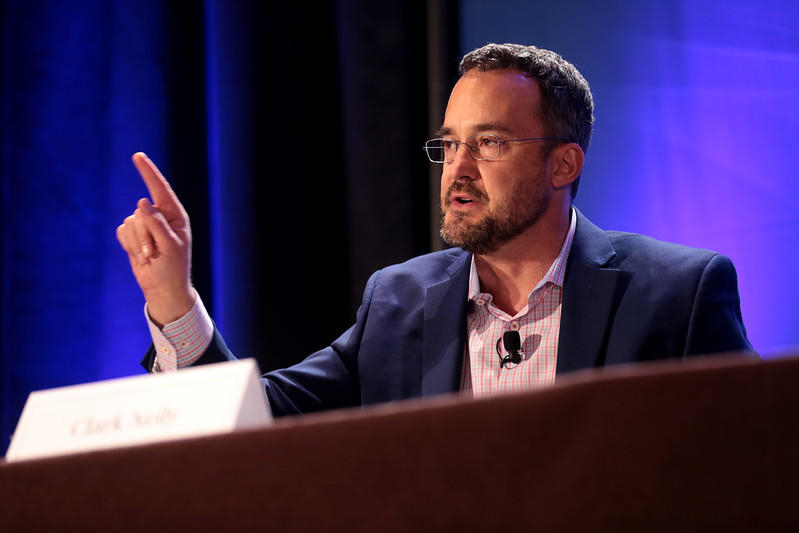 Clark’s post came in response to a viral Twitter thread that asked people to tell “a story about yourself that sounds like a lie but is absolutely true” and quickly stole the show!

After writing a report about aardvarks in second grade, young Clark became a little obsessed with the animals. He searched high and low for a stuffed toy version to call his own, but he soon discovered they were hard to come by.

Undeterred, Clark sat down and wrote to a toy company called Possum Trot with an adorable request: 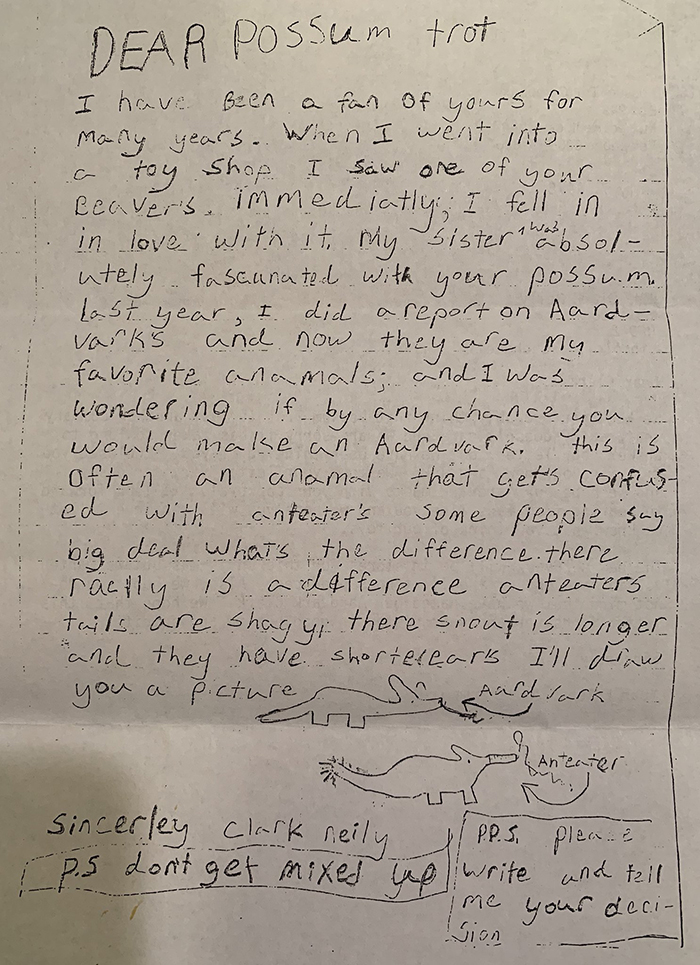 I was wondering if by any chance you would make an aardvark. This is often an animal that gets confused with anteaters. Some people say, ‘Big deal, what’s the difference?’ There really is a difference. Anteaters’ tails are shaggy, [their] snout is longer, and they have shorter ears. I’ll draw you a picture.

The good people at Possum Trot simply weren’t able to resist the enthusiastic query! About six months later, they sent him a special reply. 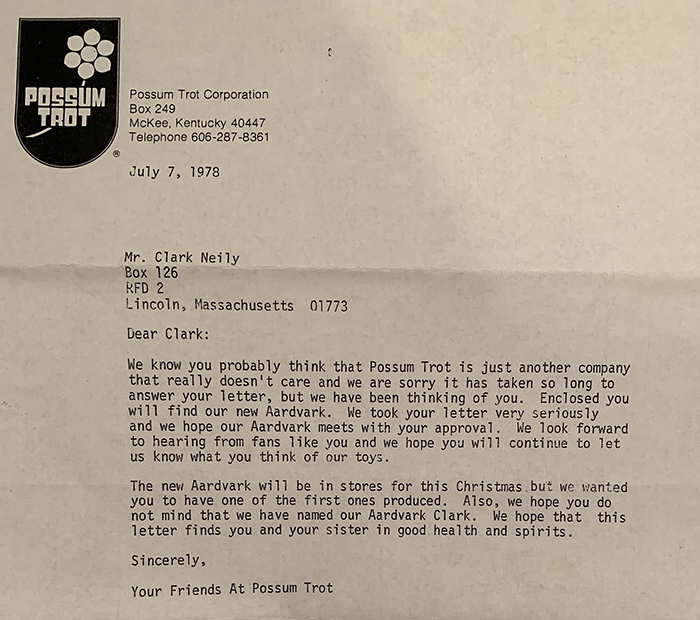 “We are sorry it has taken so long to answer your letter, but we have been thinking of you,” they wrote. “The new Aardvark will be in stores for this Christmas, but we wanted you to have one of the first ones produced. Also, we hope you do not mind that we have named our Aardvark Clark.”

Clark the Aardvark does have a nice ring to it! Best of all, grown-up Clark included a picture of their original gift. After all these years, he still treasures it! 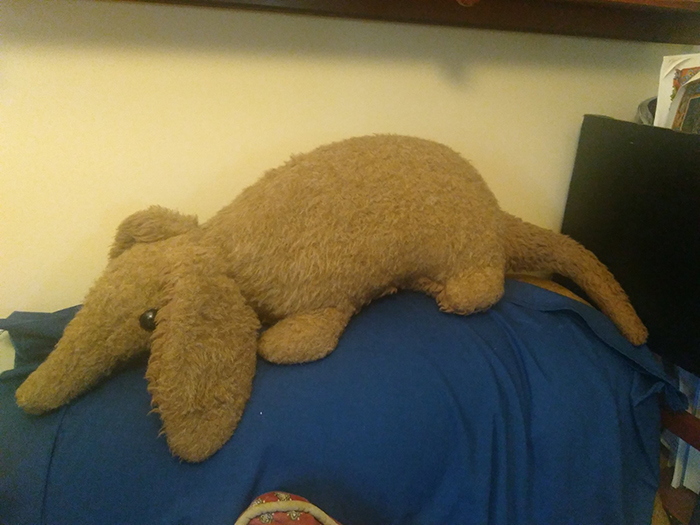 Is that cute or what? Thank you, Possum Trot, for leaving such a lasting impact on one aardvark-loving child.