Weddings are a perfect time to surround yourself with the people you love.

Cíntia Bonfante Pereira is a speech therapist in Caxias do Sul, Brazil, and frequently works with children who have speech delays because of Down syndrome. She adores her patients, so on the day she married José Vitor Flach, he found a beautiful way to include them in the ceremony! 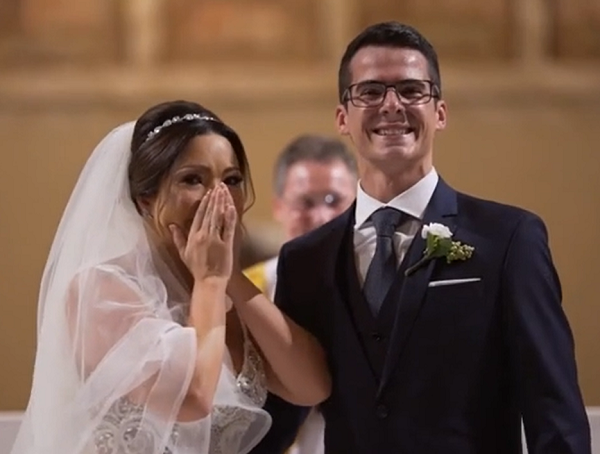 Cíntia and José were standing at the altar when the doors at the back of the church suddenly opened. As José beamed, a group of his bride’s students began making their way down the aisle.

The look on Cíntia’s face was absolutely priceless as she realized what was going on. She instantly began to weep as each adorable child appeared to surprise her, all dressed in their best wedding attire.

Two of the younger kids even brought some extra style with a tiny electric car! 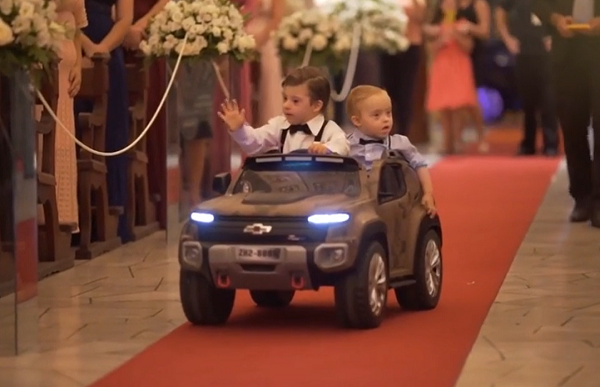 Once the little ones reached the altar, Cíntia and José stopped to say hello. You can see the love Cíntia has for her students as she gently touches their faces and shares a special moment with each of them.

Later, the bride said the big surprise was one of the best parts of her wedding day!

“I love my profession so much and having the opportunity to have some of the children with us on this day was inexplicable,” she explained. “The emotion overcame me in a way that I thought my heart would not be able to handle!” 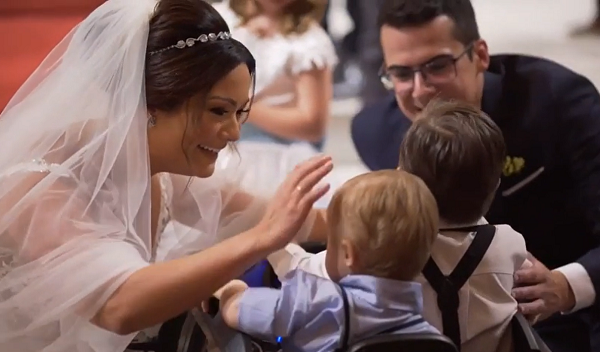 The awesome speech therapist has been working with these children for a long time to help them improve their language and communication skills. She’s clearly come to care about each and every one of them!

Not to mention, she’s a tremendous advocate for people with Down syndrome. In fact, the wedding photographer she hired to capture her big day is João Vicente, who also has Downs! 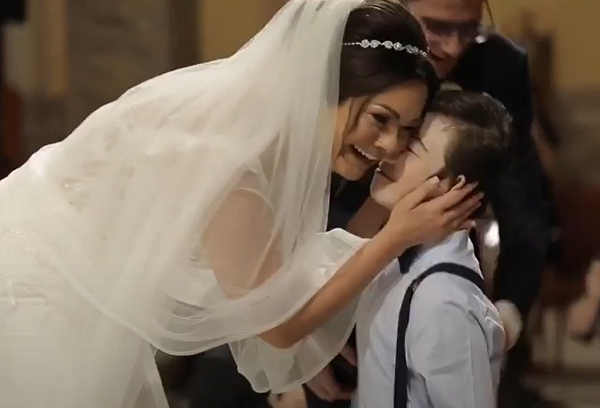 José officially wins the “greatest wedding surprise” award for this thoughtful moment! What a beautiful way to bring all the important people in Cíntia’s life together.

Watch the heartwarming reveal in the video below, and don’t forget to share this story with your friends.