Marathons are difficult for everyone, even the most seasoned athletes. But for Christopher Hasty, running 26.2 miles seemed impossible just a few years ago.

Christopher spent his late 20s in a constant state of exhaustion. At 462 pounds, his body was under pressure all the time. While he tried to lose weight many times, nothing clicked until he met his wife Casey. 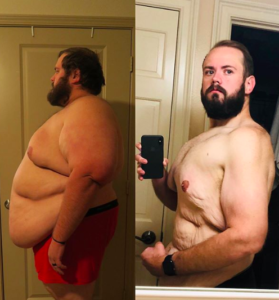 “For a long time, I was content with being fat and dying that way,” he told GMA. “I met my wife, and she gave me purpose. She loved me when I was at my worst. She gave me a reason to be better.”

Together, they decided Christopher’s best chance would be a type of surgery called a duodenal switch, which he received in August 2017. The procedure involved removing a small piece of his intestine and reducing the size of his stomach, and it worked!

As he began to feel better, Christopher discovered a passion for running and began testing his physical limits. First, he signed up for a 5K. When he completed that, he entered a 10K. 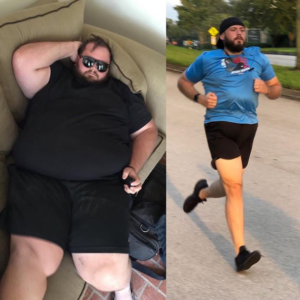 But just 2 miles into the latter, he gave up. “I went home and did a lot of soul-searching and said, ‘You know you’re better than that, and you didn’t come this far to quit,'” he recalled.

So he went to sign up for another 10K at Disney World, only to find out he could only participate if he also did a half marathon. Determined, he went for it and completed both events in October 2018. Six months later, he was back at it finishing the Star Wars half marathon with an even faster time.

The man was unstoppable! By the time he reached Disney World’s several-day “Dopey Challenge,” he’d lost more than 250 pounds. To celebrate, the 31-year-old ran a 5K, 10K, half marathon, and full marathon in just four days. And on January 12, 2020, he crossed the finish line, having completed a total of 48.6 miles. 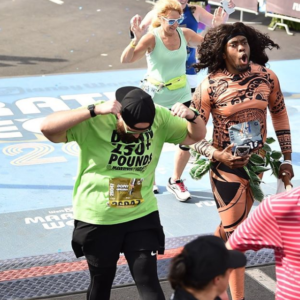 And he didn’t do it alone! Over the course of his journey, he and Casey have lost a combined total of over 300 pounds, and she was beside him every step of the way during the 10K. 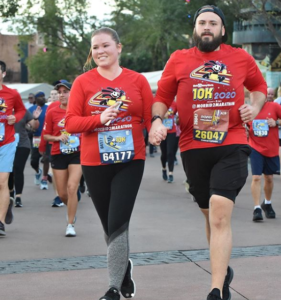 He’s come so far, and he’s showing no signs of slowing down! Next in the cards is a half Ironman and hopefully another surgery to remove his excess skin. You can support him in reaching these goals and more by donating here. 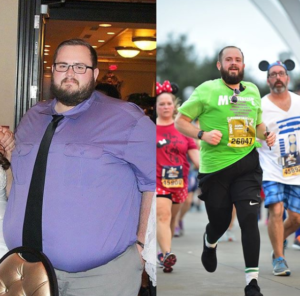 Christopher is living proof that with the right mindset, we can accomplish anything! Congratulations on turning your life around. You’re an inspiration to all of us!

‘Dear Santa, I want a kidney for my brother.’ My eyes filled with tears. Her letter meant everything to her.’: Woman details granddaughter’s wish, ‘I believe in miracles’