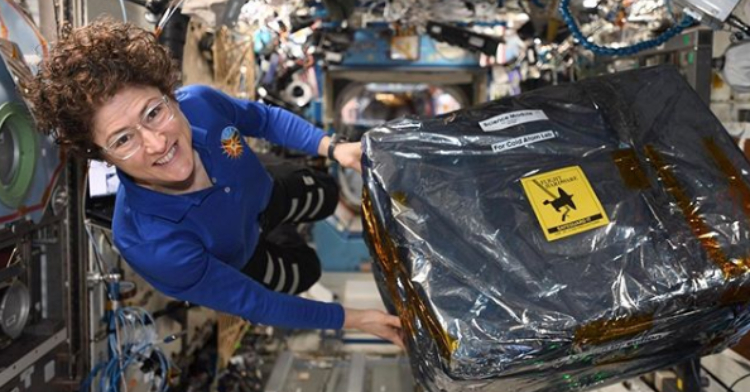 NASA Astronaut Breaks Record For Longest Spaceflight By A Wo...

Throughout history, women have made significant contributions to the world of science, and NASA astronaut Christina Koch just added her own achievement to the list.

Not only did the 40-year-old ring in the New Year from space, but she also made a record-breaking achievement days before the festivities began! 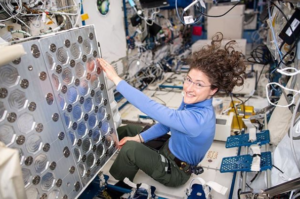 The electrical engineer from Livingston, Montana, arrived at the International Space Station on March 14, 2019. Her mission was only supposed to last six months, but NASA extended her stay to study the effects of long spaceflights on the body.

On December 28, Christina reached 289 days in space, setting a new record for the longest single spaceflight by a woman! And she’s not finished yet. Her plan is to remain onboard until February, which will bring her total to 328 days. 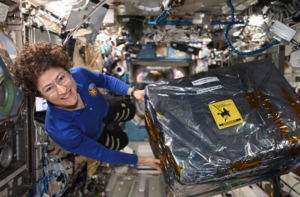 “Having the opportunity to be up here for so long is truly an honor,” Christina said. “Peggy is a heroine of mine and has also been kind enough to mentor me through the years, so it is a reminder to give back and to mentor when I get back.” 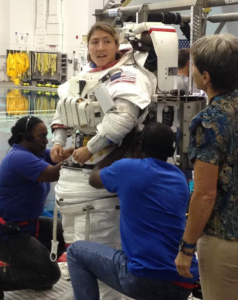 Better still, this isn’t the first time Christina’s made history! In October 2019, she and fellow astronaut Jessica Meir participated in the first all-female spacewalk. Together, she and Jessica spent over seven hours fixing a power controller outside the station. 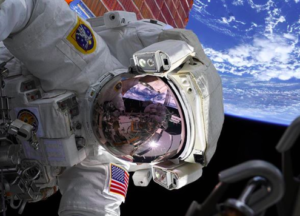 Of course, even astronauts need to kick back and relax, and Christina has a perfect way to do so. Even in space, she makes time for Sunday football. She recently shared a photo of herself watching the Philadelphia Eagles play against the Dallas Cowboys. 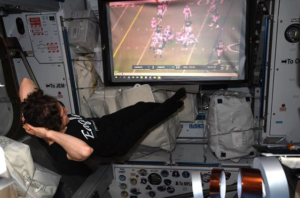 While it hasn’t been easy to spend so much time away from home, Christina said she’s grateful for the opportunity and hopes to encourage others to follow their dreams.

“Do what scares you. Everyone should think about what intrigues them and what draws them in,” she told CNN. “It can be rewarding for you personally, and it usually means that you’re giving something back to the world in the maximum way possible.” 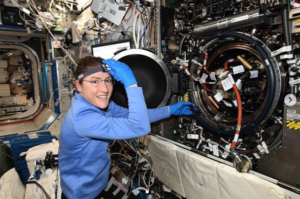 What a fantastic role model for people everywhere! We wish Christina all the best as she continues her mission and look forward to welcoming her home next month.

Share this story to spread the word of her accomplishment.