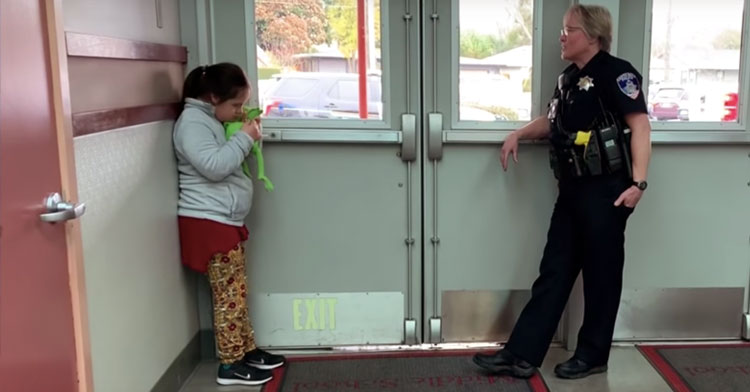 Teachers and students at Herbert Slater Middle School in Santa Rosa, California are used to seeing 7th grader Raquel Zuniga clutching a stuffed Kermit the Frog doll as she goes about her school day.

Raquel, age 12, attends classes for students with moderate to severe disabilities. Having her favorite stuffed frog by her side enables her to go about her day with minimal issues, yet there are still times when even Kermit’s cheery presence isn’t enough to help her through her anxiety. 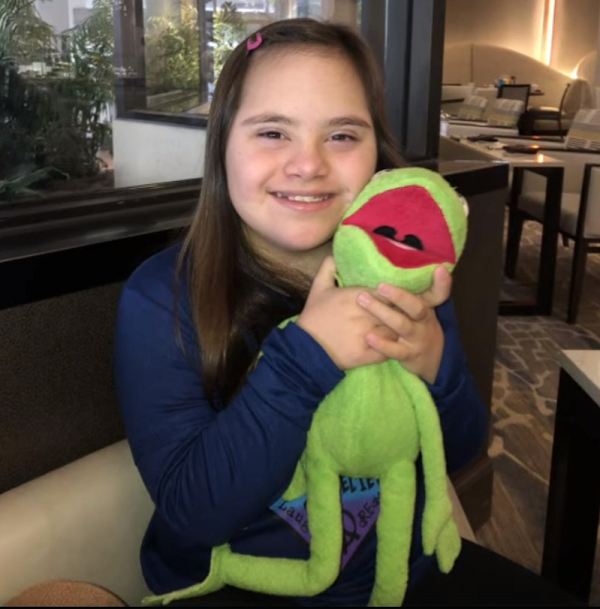 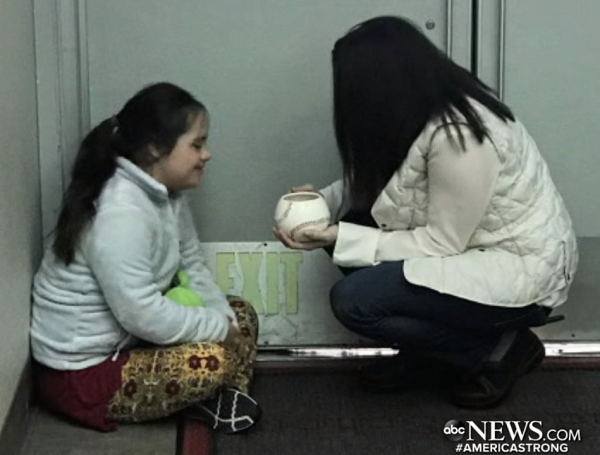 Several teachers approached Raquel as she clutched Kermit and lingered in the hallway outside of class, yet none could get through to the child. After nearly an hour, school resource officer Chris Morrison happened to wander by to see if she could help.

Chris herself was a teacher for high-risk students in Los Angeles for twelve years before joining the Santa Rosa Police Department. She’s now been on the job as a cop for eighteen years, but those teaching instincts still run deeply through her veins. 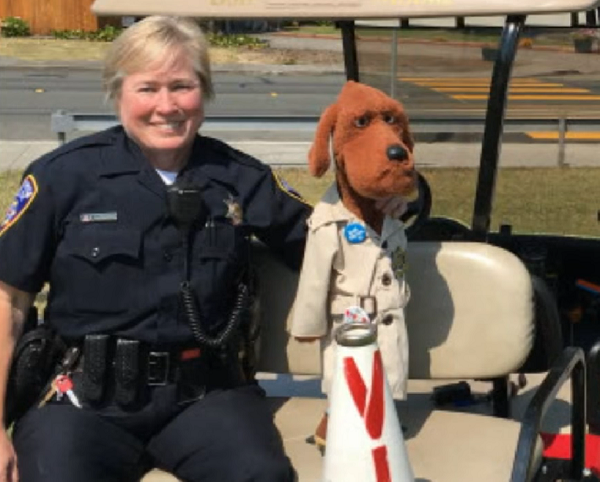 Without hesitation Chris approached the student and began to speak to her in a soothing tone of voice. As Mrs. King recorded video on her cell phone, Chris did something simple yet extraordinary: she began to sing. Not only does music have a calming effect on its own, the song she selected was especially meaningful: “Rainbow Connection,” the 1997 song made famous by Kermit the Frog himself. 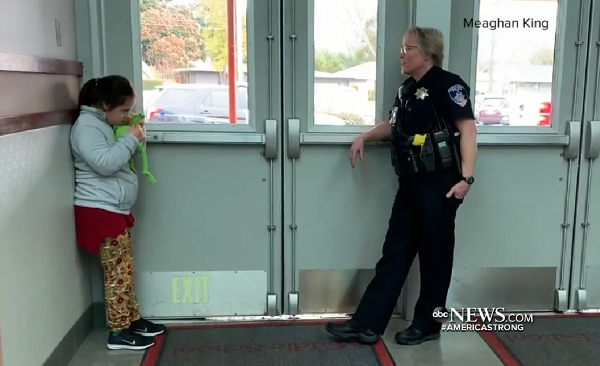 “The three of us adults were standing there in awe,” said Assistant Principal Jessica Romero, adding that she wasn’t the least bit surprised that this kind act came from Officer Morrison.  “She’s a very special soul,” Jessica explained. “She comes to everything she does with heart, with empathy, and perspective, and is able to kind of build that rapport with students.”

The officer’s supervisor, Santa Rosa Police Sgt. Jeneane Kucker, could not agree more. “It’s typical of her with her personality. She’s just a very caring officer, person in general to go out of her way to assist a teacher with this child,” said Sgt. Kucker, adding that Morrison often “goes out of her way, goes above and beyond, especially in situations like this where a child just needs a little extra help.”

In the video you can see the profound effect the cop’s song has on the student. Just a few seconds into the first verse Raquel’s face lights up in a beautiful smile as she turns to her teacher as if to say, “She’s singing my song!”

Raquel’s mom says that when she saw the video she was overjoyed that all members of the school’s administration and staff were so focused on helping her daughter get through her day. Just knowing that there are resource officers like Morrison on the job makes us all feel safer in more ways than one!

“When you see the video and the way, at the end, Raquel turns and smiles, that says it all. She knew, and that, I think really made the connection special,” Ally said. For Officer Morrison, however, the privilege was all hers.

“That young lady’s smile made my day, made my week, made my year. Just absolutely a moment I won’t forget, and reminds me why I’m in the profession I’m in,” she said. 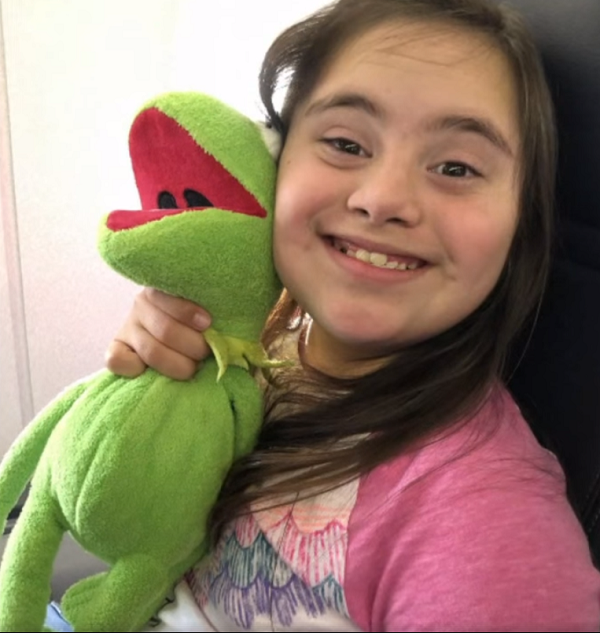 We are glad she’s in this field as well! When people have this sort of intuitive approach to caring for others it leads to more love and understanding for children, and in turn, for the world! Thank you, Officer Morrison!

Watch Officer Morrison make a “Rainbow Connection” with Raquel in the video below, and don’t forget to share.