Fifty years ago, race relations in the United States were tense. After Martin Luther King, Jr. was assassinated on April 4, 1968, the long-simmering problem of segregation and racial discrimination reached a boiling point. This civil unrest lead to riots in the streets, and America seemed doomed to repeat the negative patterns of the past.

One school teacher from Los Angeles, California was so discouraged by what she saw in society, she decided to reach out to an unlikely hero for help: cartoonist Charles M. Schulz. 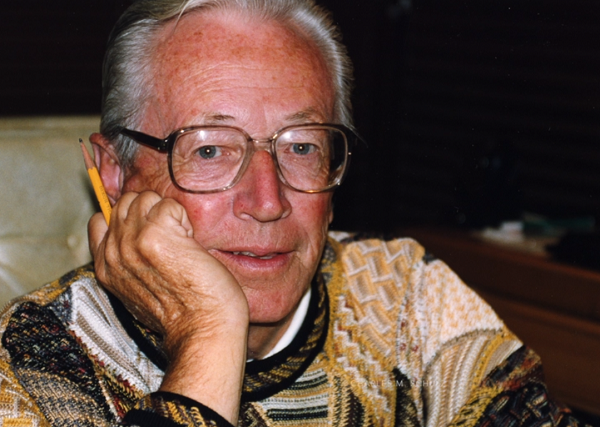 Charles Schulz is the creator of “Peanuts,” the popular comic that ran from 1950 until his death in 2000. As a teacher and parent, Harriet Glickman knew children well, so she decided to appeal to the man whose comics held the attention of so many young people all over the country.

On April 15, Harriet sat down at her typewriter and wrote Mr. Schulz a letter to request that he add a person of color to his comic strip. This important letter now hangs in the Charles M Schulz Museum in California. 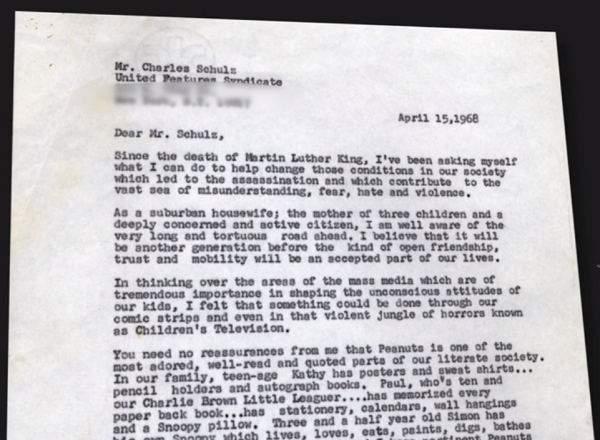 “Since the death of Martin Luther King, I’ve been asking myself what I can do to help change those conditions in our society which led to the assassination and which contribute to the vast sea of misunderstanding, fear, hate and violence,” she wrote. 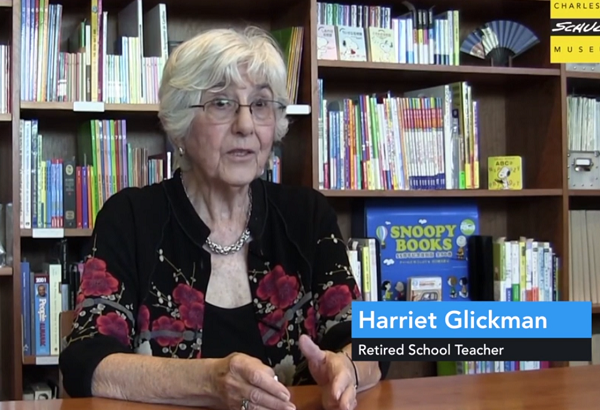 “I’m sure one doesn’t make radical changes in so important an institution without a lot of shock waves from syndicates, clients, etc. You have, however, a stature and reputation which can withstand a great deal,” she continued. 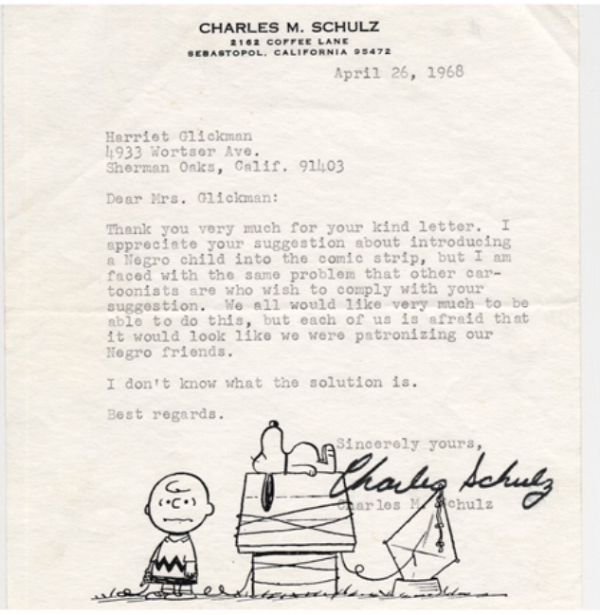 While writing to a celebrity doesn’t usually accomplish much, in this case, Harriet was astounded when she received a letter back from Mr. Schulz in reply. Schultz told Harriet that while he’d love to include a black character, however, as a white cartoonist, he feared he would come off as patronizing.

He concluded that he didn’t know what the solution was, and it might have ended there had Harriet not been so determined. The teacher set out to ask several African American families that she knew to write to Schulz as well. 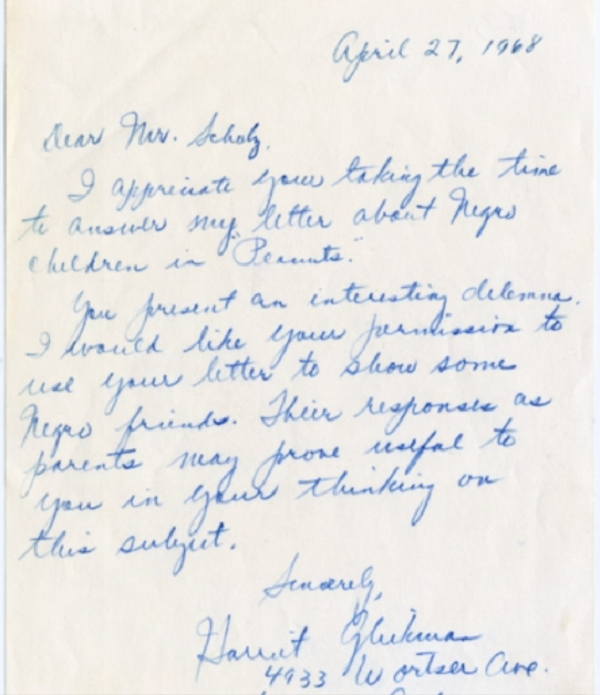 Yet after getting letters from Harriet’s friends, he decided it was worth trying. Schulz wrote to Harriet and told her to keep an eye on her newspaper on July 31, 1968.

True to word, on that date the country was introduced to Franklin, the first black character to meet Charlie Brown and the rest of the “Peanuts” gang.

In the comic, Charlie Brown meets Franklin while the two are playing at the beach. It’s a simple scene, but it drives home the profound point that Franklin and Charlie are the same; they simply have different skin colors. Furthermore, Franklin tells his new friend that his father is fighting for their country in Vietnam, a bit of social commentary from Schultz. 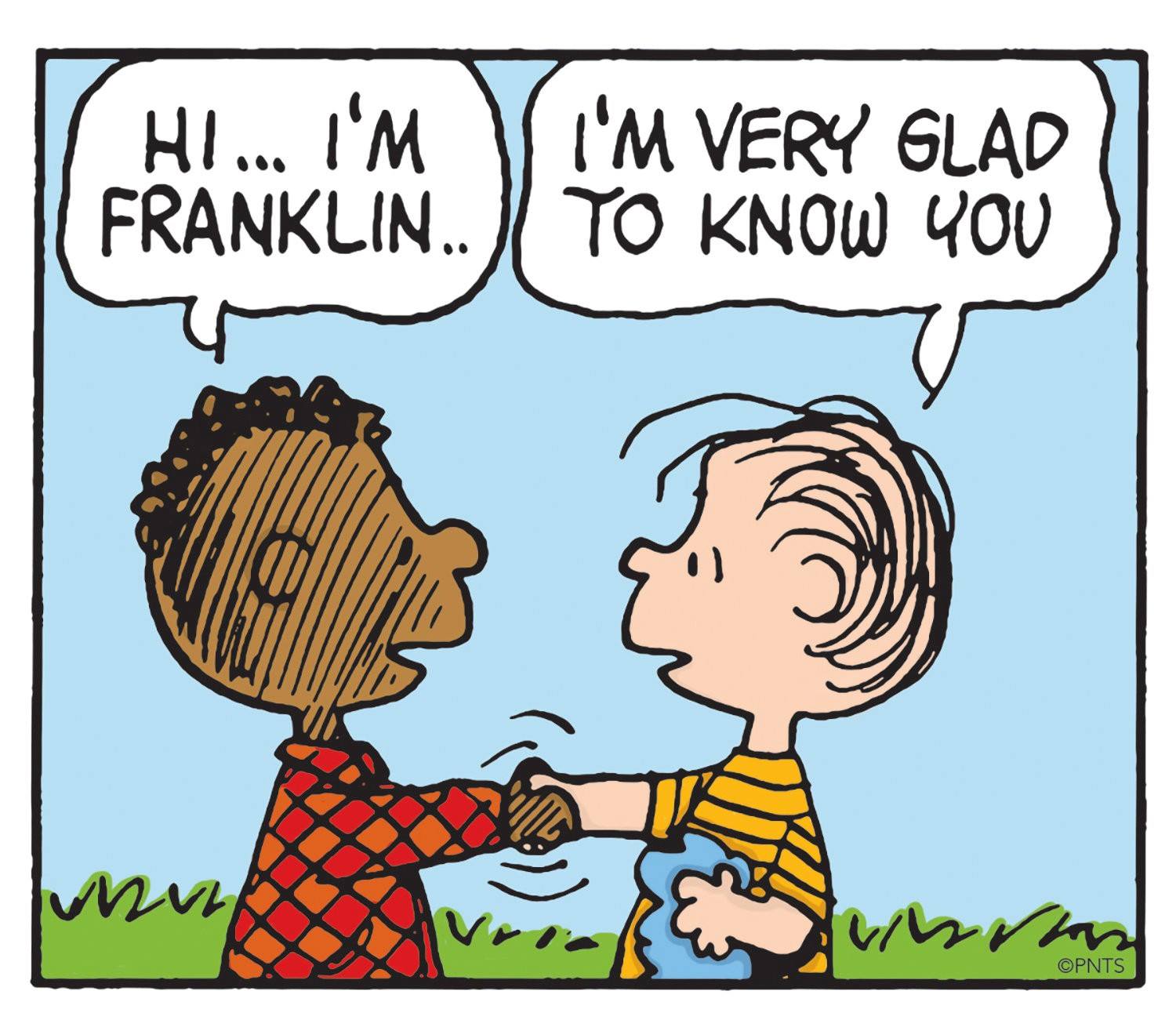 While the public’s reaction was mostly positive, there was a fair amount of outcry from some newspapers and fans. During one heated phone conversation with the editor of a southern paper, Schulz is said to have sighed audibly and said to the man, “Well, Larry, let’s put it this way: Either you print it just the way I draw it or I quit. How’s that?” 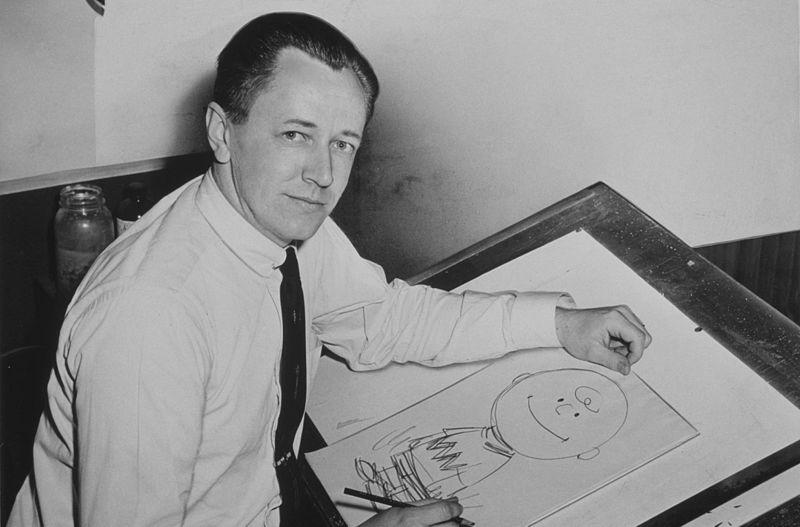 Schulz continued to include Franklin in comics depicting the kids in school together, another hot topic at the time. Throughout it all, the cartoonist never wavered, and some say that seeing Franklin in mainstream publications every day helped heal the country during a divisive time.

It just goes to show you the amazing good that can result from writing a letter and asking someone to help. Adding Franklin to the group showed children everywhere that it’s possible to form friendships and powerful bonds with all people of all races. Not only that, but African American children were finally able to open a newspaper and see themselves represented in a loving, positive light!