Adopting a pet is one of the easiest ways to become a real-life hero.

After all, there are millions of animals in shelters around the world that just need love and care to make a full recovery. Take the cat-lovers on the “BeforeNAfterAdoption” subreddit as an example. They’re sharing pictures of their furry friends before and after they found their forever homes, and the transformations are inspiring! 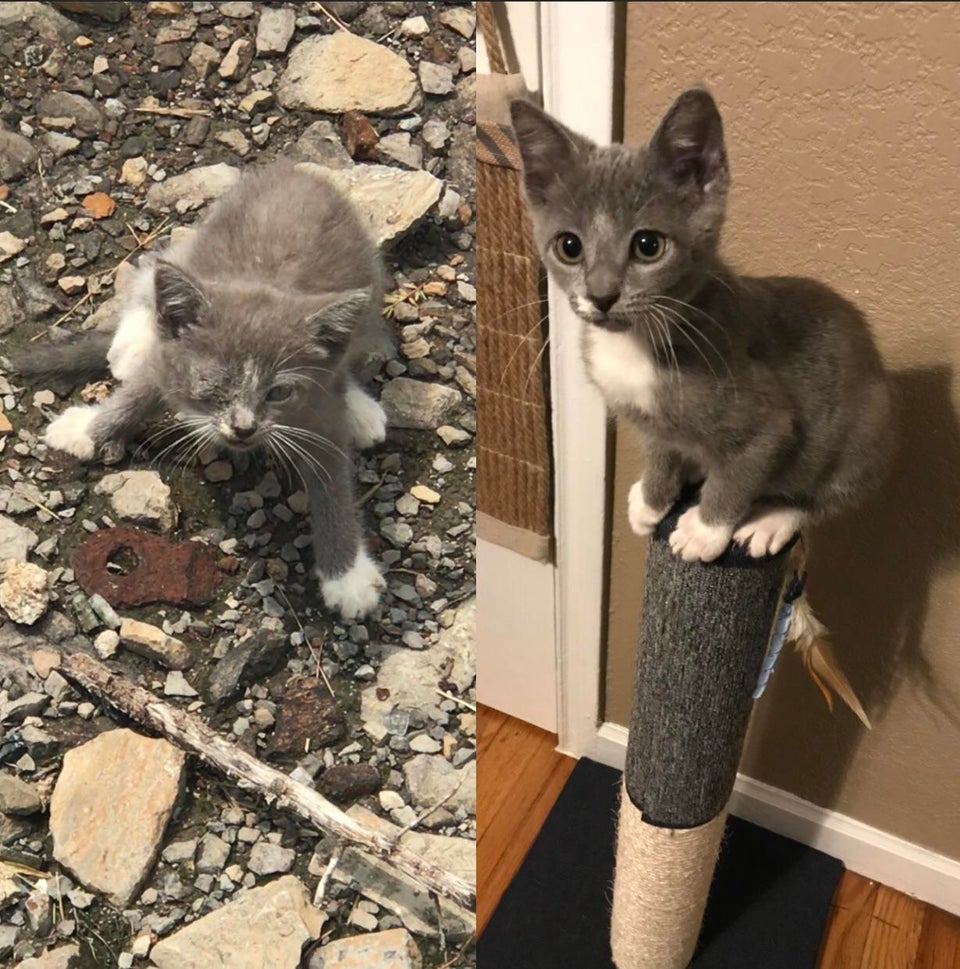 2. “Kira was found almost dead of starvation in a farm with cows. She was healthy in one week and we kept her. Summer 2018.” 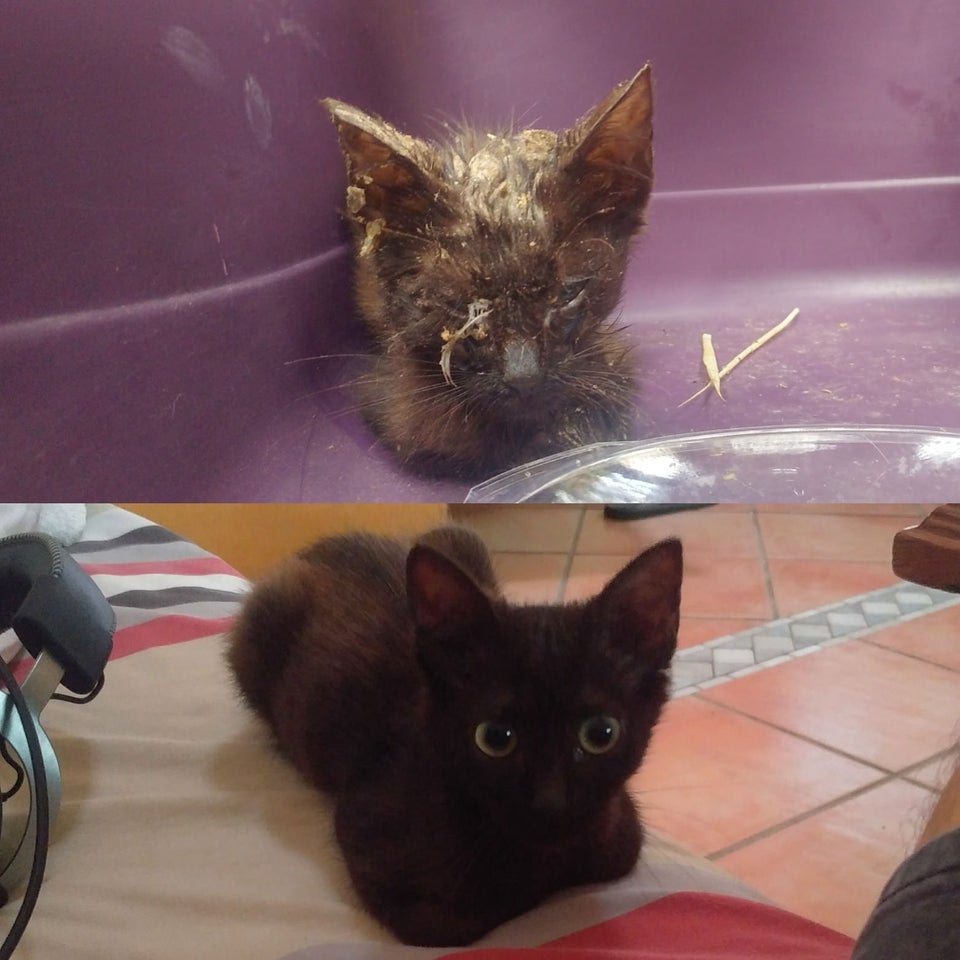 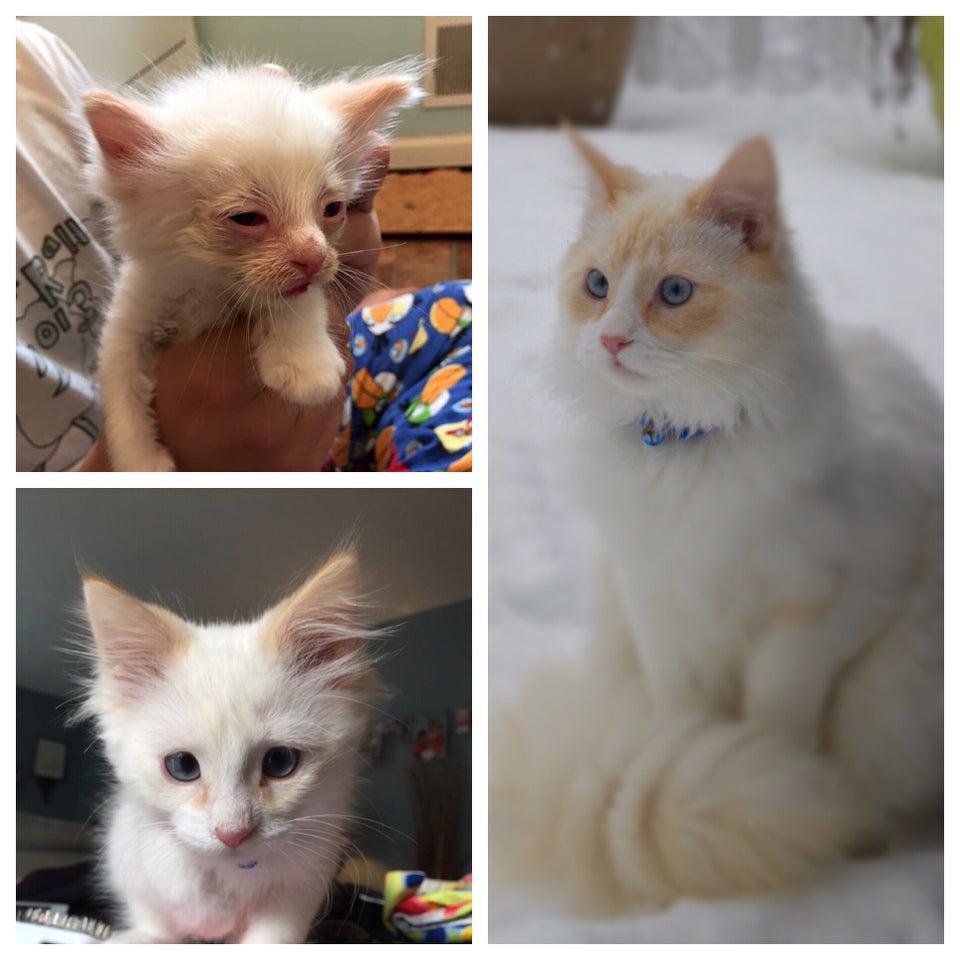 4. “One year ago, Jake was found underneath a car, alone and half frozen. He was 4 weeks old and his mom was gone. Now he’s the biggest kitty with the most personality that I’ve ever met.” 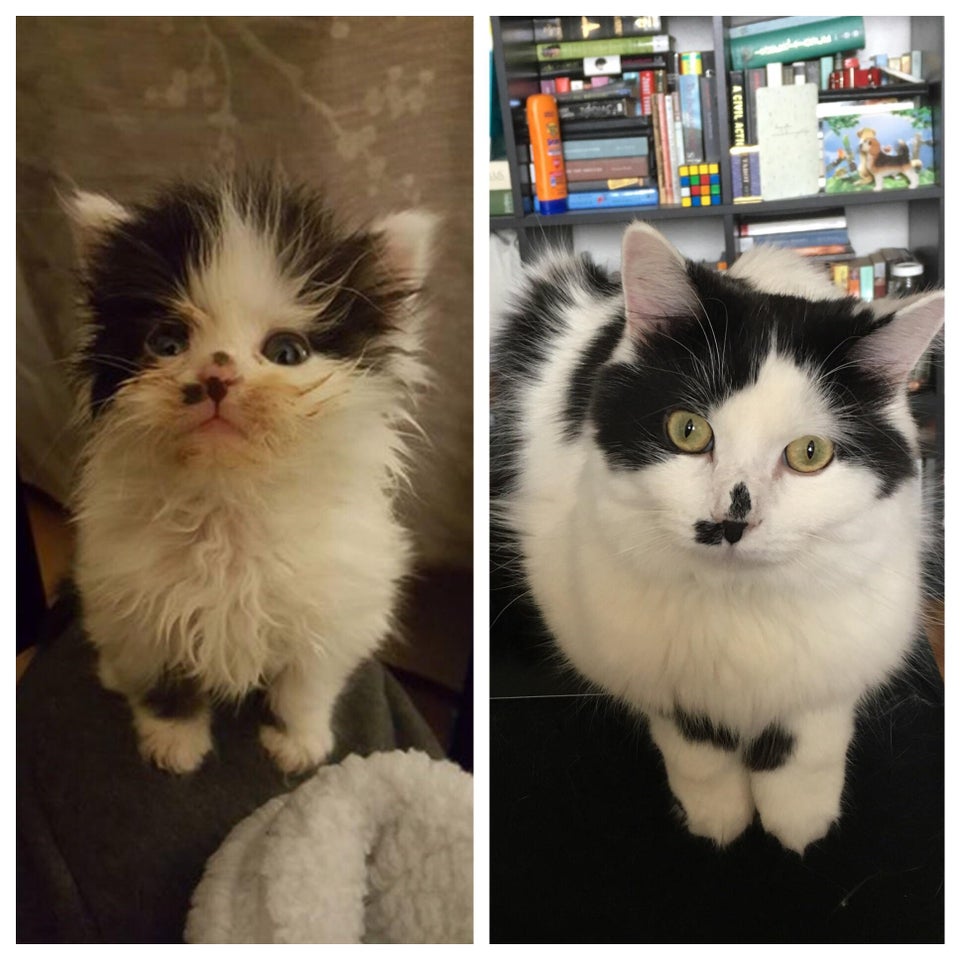 5. “My foster went from just 3 pounds with multiple infections being syringe-fed to over 7 pounds in just a month!” 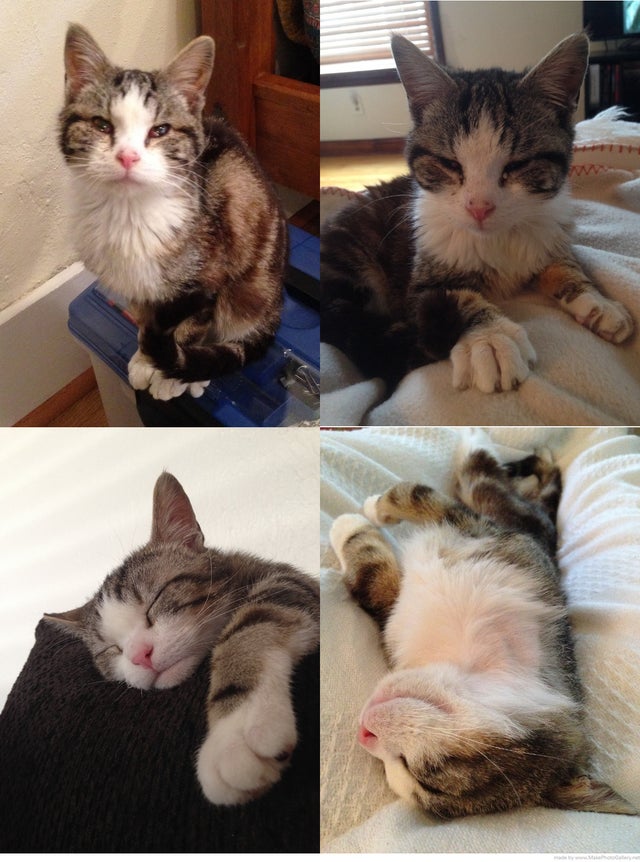 6. “Two years ago today, I walked into a PetSmart and met a cat named Sonny who no one would adopt because he was 13 years old, covered in fleas, underweight, and had a mouth full of rotten teeth that had to be removed. He came home with me that night, and it was the best decision I’ve ever made.” 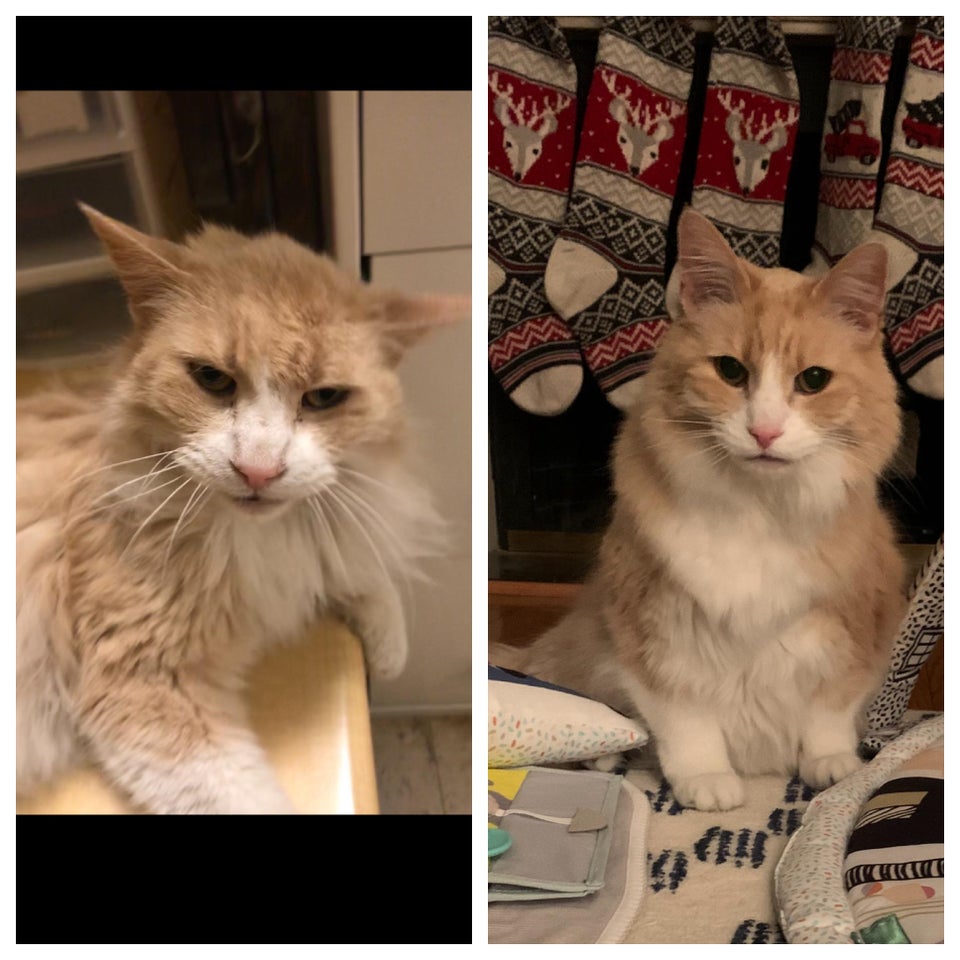 7. “About a year and a half after showing up on our porch, Snowball has improved immeasurably. She’s my perfect angel.” 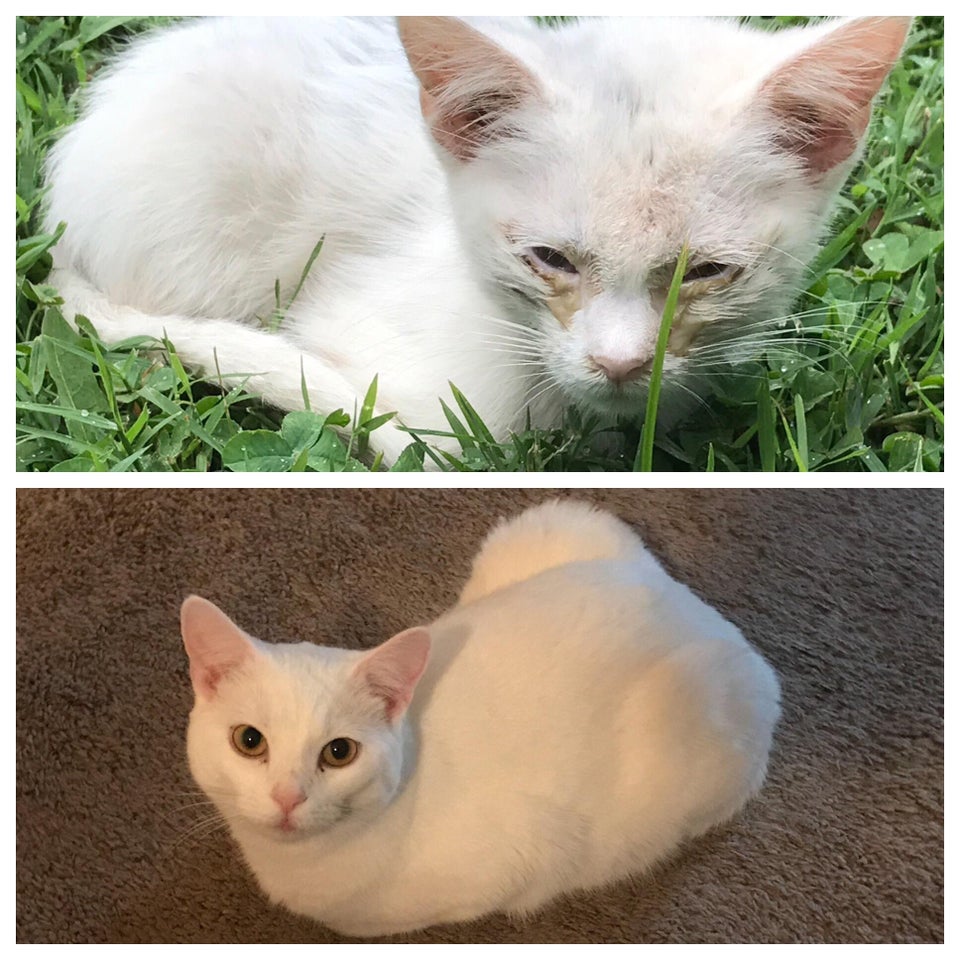 8. “I had to fight my wife to not leave him at the shelter—she was concerned he’d either cost us a ton of money in vet bills or die soon since he was so sickly. Turns out he just needed food and kisses.” 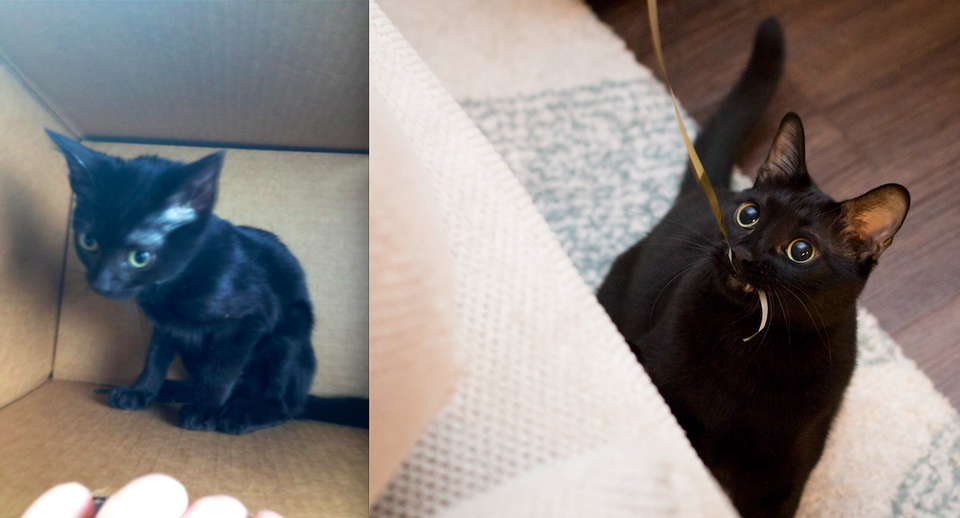 9. “Some wonderful soul found this little guy on the street cuddled up in a plastic container. Three years later, he is the happiest, sweetest, most playful, curious cat. Love him so much, and thank you, wonderful soul, whomever you are.” 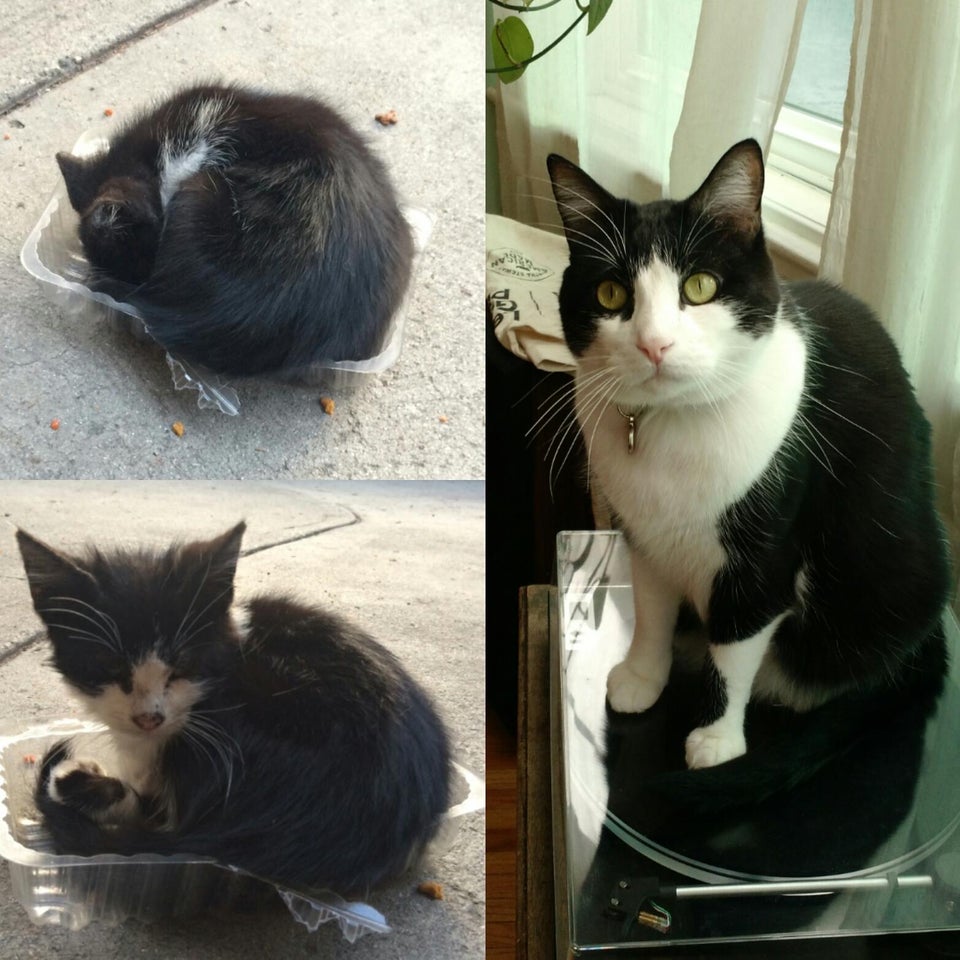 10. “Found this little lady crying in a parking lot with fleas and a badly broken leg. Here she is three months and two surgeries later.” 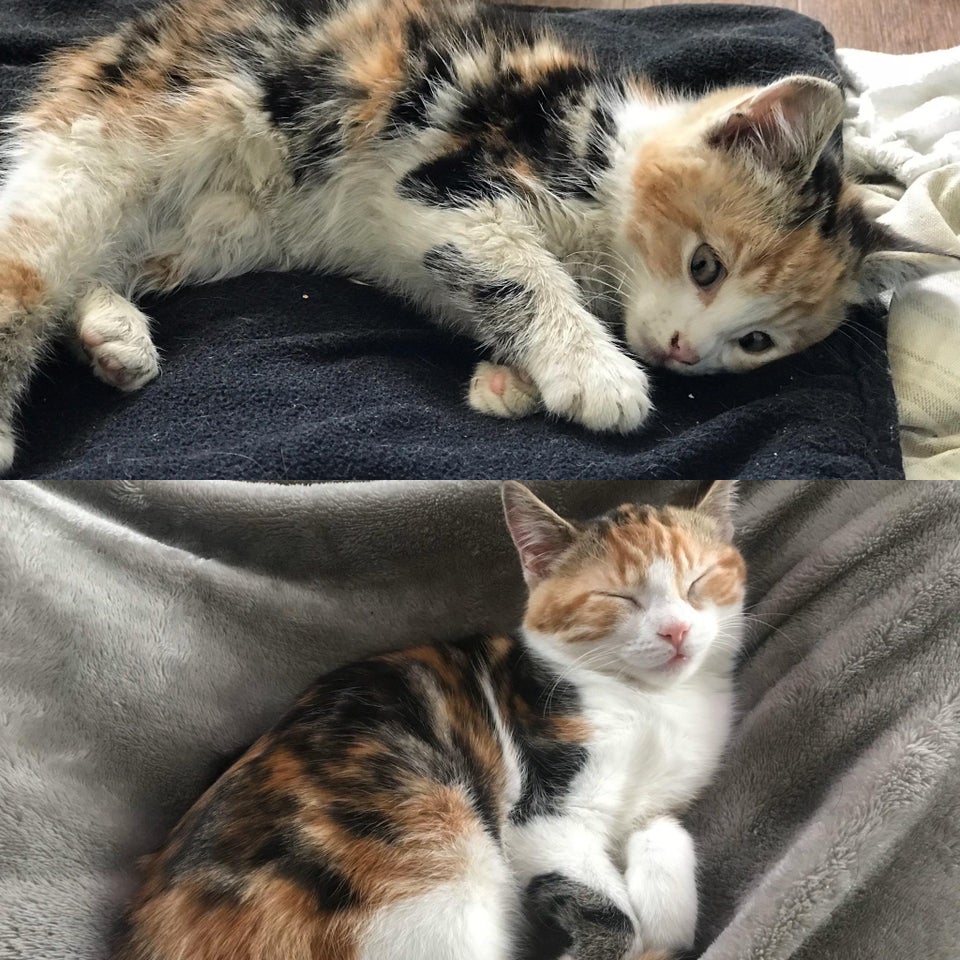 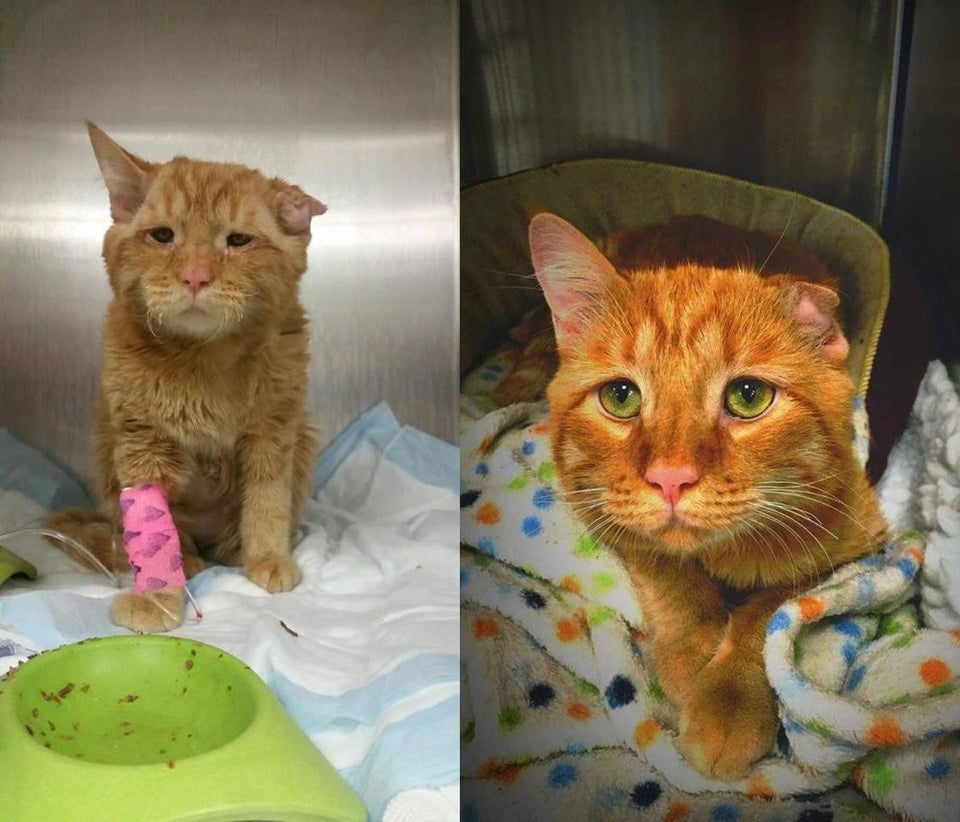 12. “Found him under a house covered in fleas, malnourished, without a mom. One year later he’s a happy, healthy little guy.” 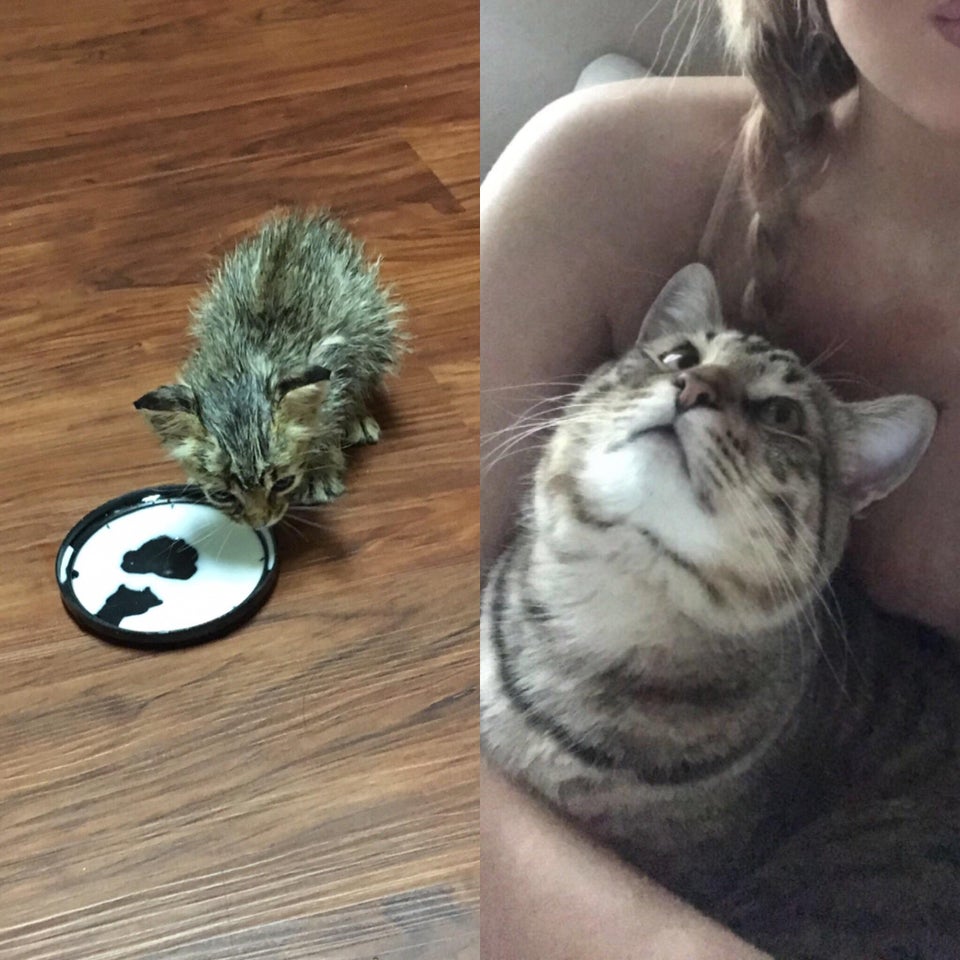 13. “This is Barley! My son and I found her by the road. She had been abandoned. So thin… covered in fleas. The last photo was three months after we found her. She’s simply the sweetest little cat ever.” 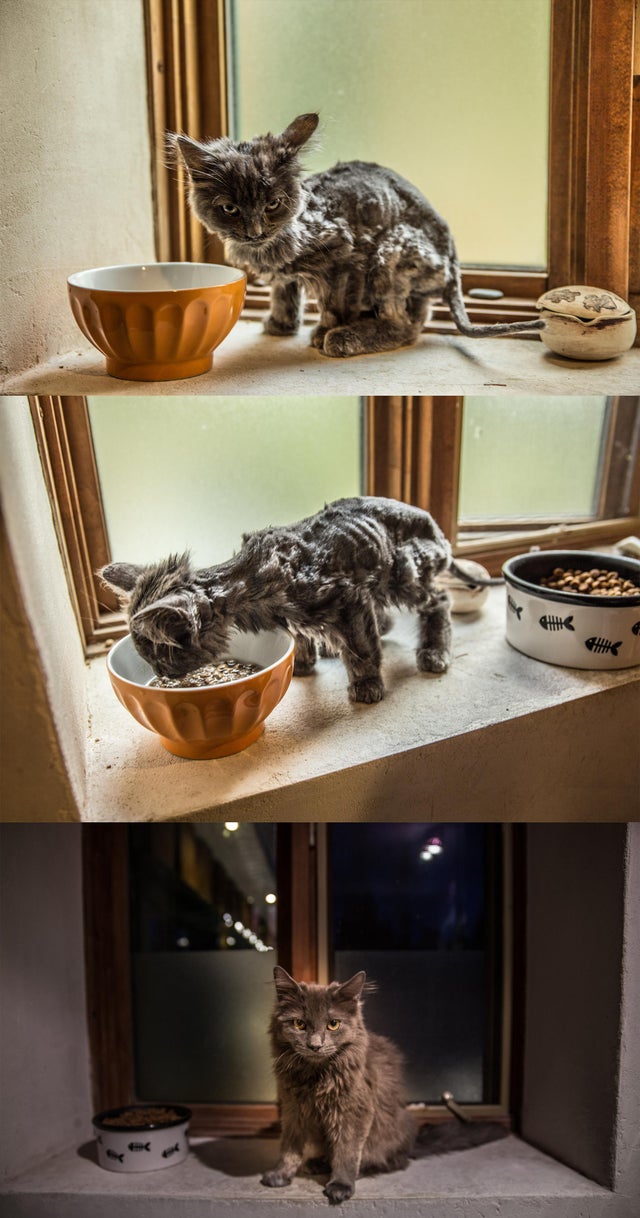 14. “My boy Yuzu was a stray found by a friend of mine with the worst case of scabies we’ve ever seen (we’re all vet students). He’s also had ear mites, fungal infections, stud tail, and recurrent ear and eye infections one after the other. One year and lots of treatments later and he’s perfectly healthy!” 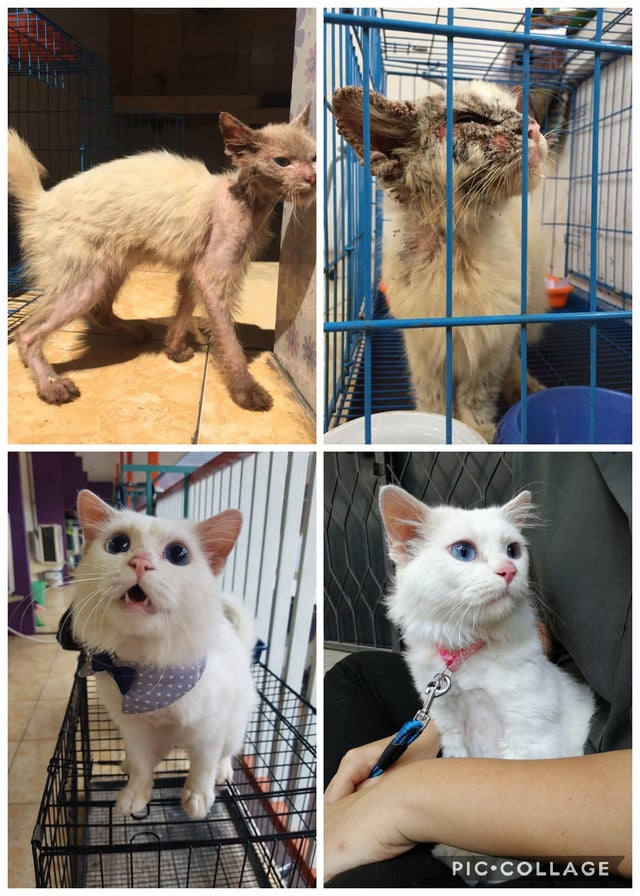 15. “This is River. At the shelter, he was shaved as his fur was extremely matted and riddled with flees. He had coccidia and conjunctivitis. After some medicine and TLC, he’s doing amazing! He’s the most loving and affectionate kitty ever, always snuggling up and kissing me! I’ve had him for four months.” 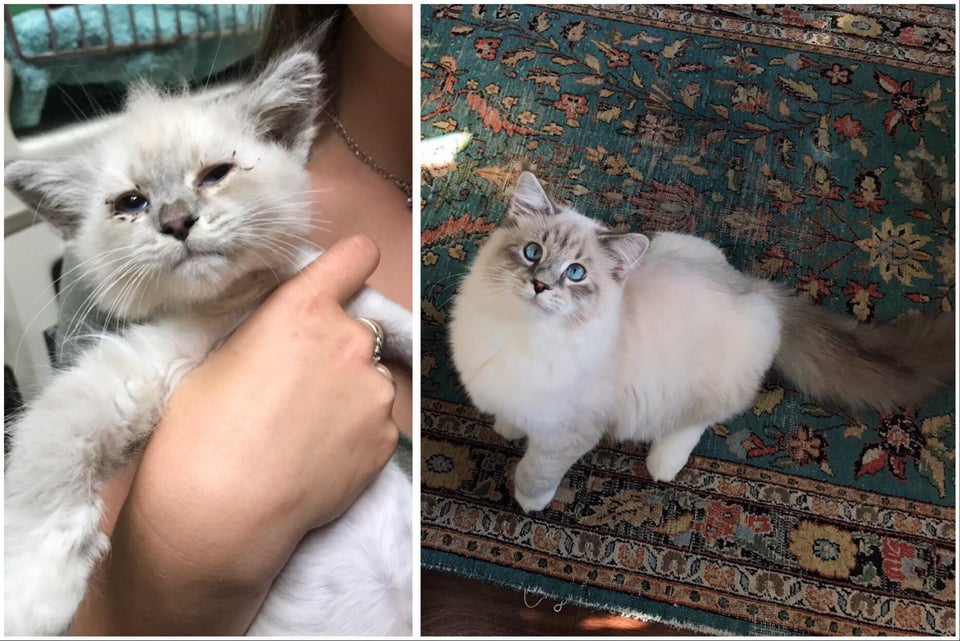 16. “Ten-year-old girl neglected by previous owners. Took a while to come out of her shell. She’s the sweetest old gal.” 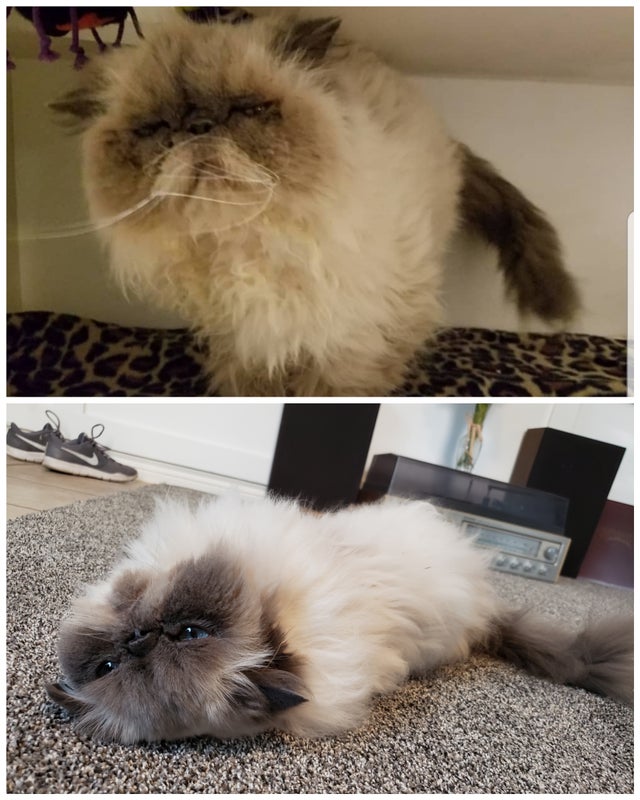 17. “These two cat brothers were rescued from the street and they are as inseparable today as they were the day I found them.” 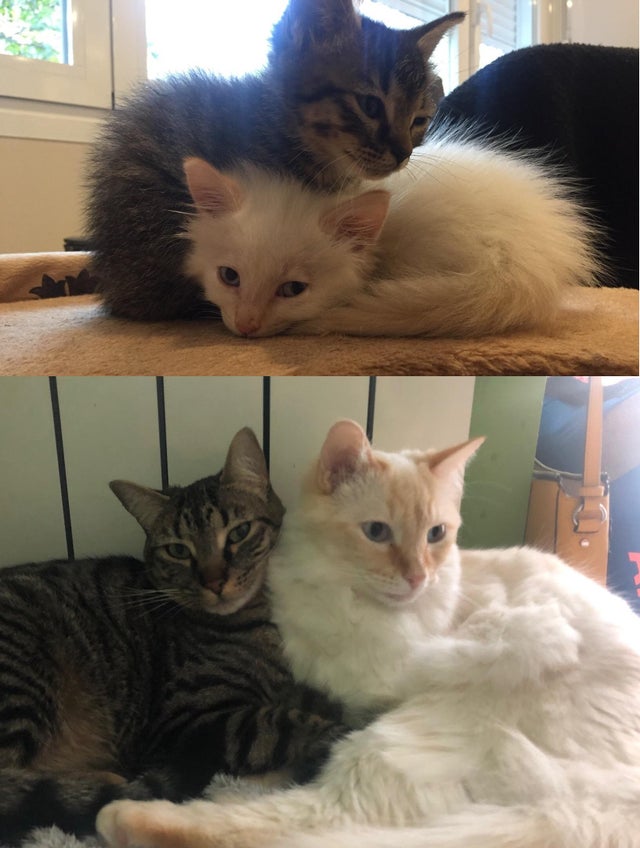 18. “Found flea-ridden in a storm drain at 6 weeks old, has grown to be a fat, loving, adorable cat.” 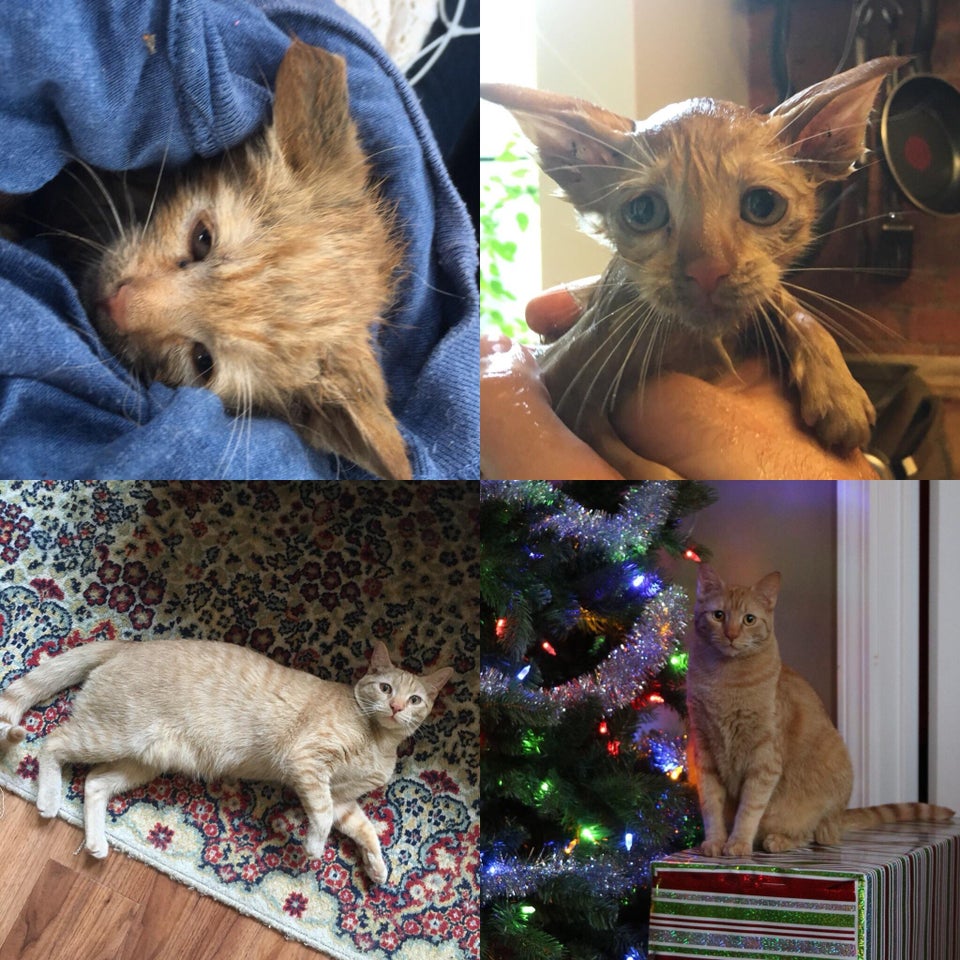 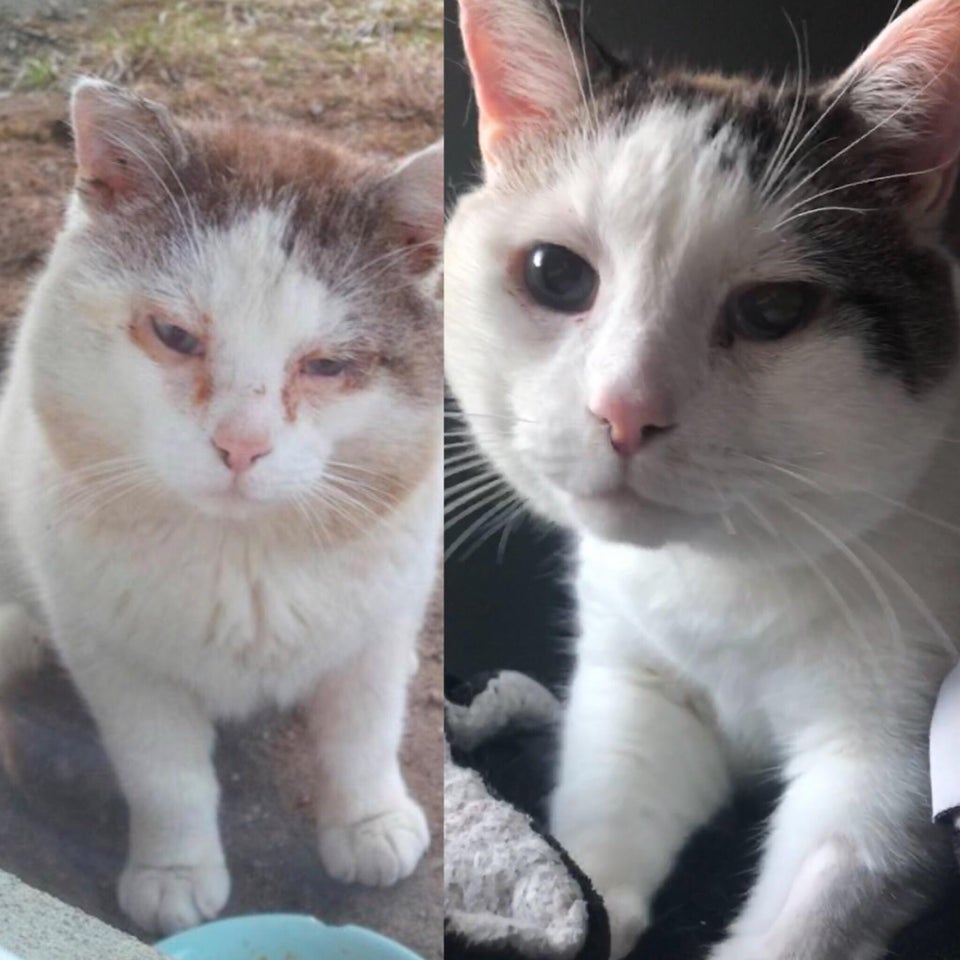 21. “Our newest 5-year-old family member — we thought he was a short-haired cat, but it turns out he’s a true floof.” 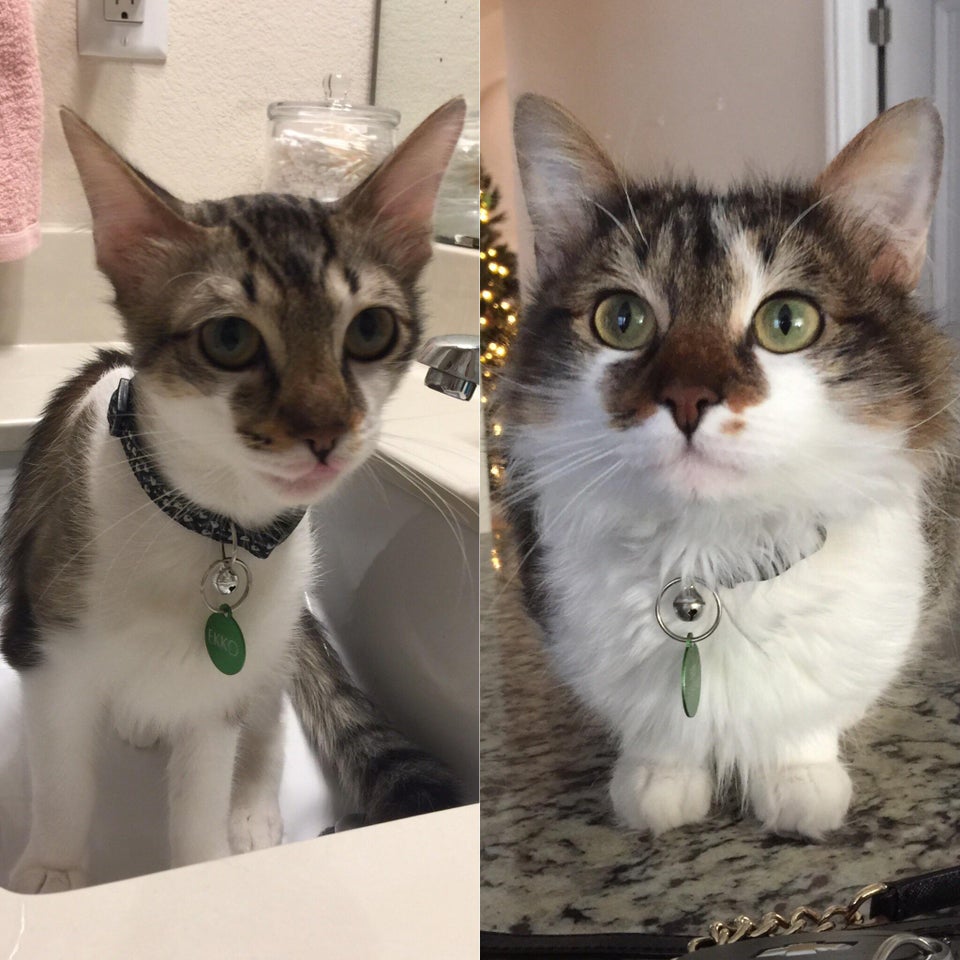 Obviously, love and care can change an animal’s life forever! We don’t know about you, but we might just head to our local shelter to find our next BFF.