A cat who makes his home in a downtown Tulsa, Oklahoma office building is like one of those Maneki-neko lucky money cats come to life. His real name is Sir Whines-A-Lot, but he’s earned the moniker CASHnip Kitty thanks to his peculiar penchant for stealing money from passersby.

Stuart McDaniel, who owns the GuRuStu firm, discovered the cat’s scheme one morning when he entered the building and found some stray bills lying in the general area where Sir Whines-A-Lot spends his time lounging. 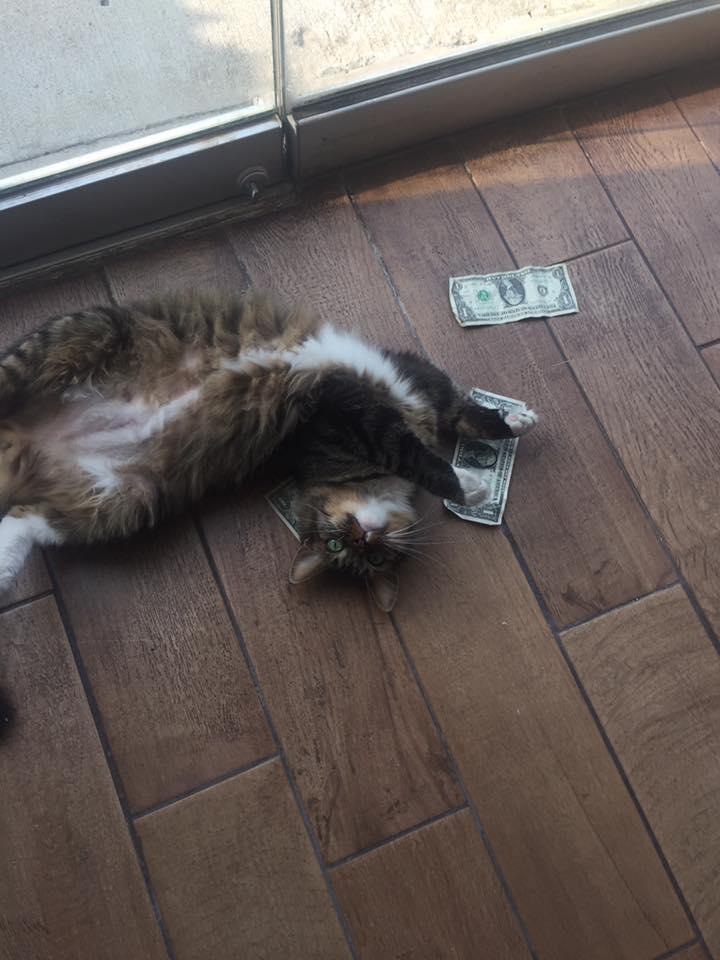 It took a while for Stuart and his staff to figure out, but they eventually caught on: “We tried sliding money through the gap in the door,” he said, “and the cat hopped up and snatched it.”

During workday hours, Sir Whines-A-Lot is really just your typical cat, kicking back and deigning to allow his subjects to gaze upon his glory: 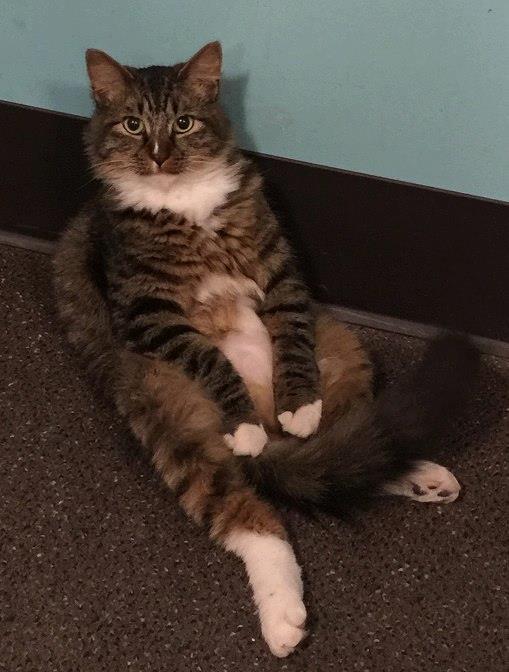 But when the office shuts down for the night and there’s no one to play with, Sir Whines-A-Lot gets lonely. So whenever someone passes by the front doors of the office, he works that old charm, getting them to stop by batting and pawing on the glass.

At some point, someone had some time on their hands and slipped a dollar bill through the gap between the doors, using it as an improvised toy. 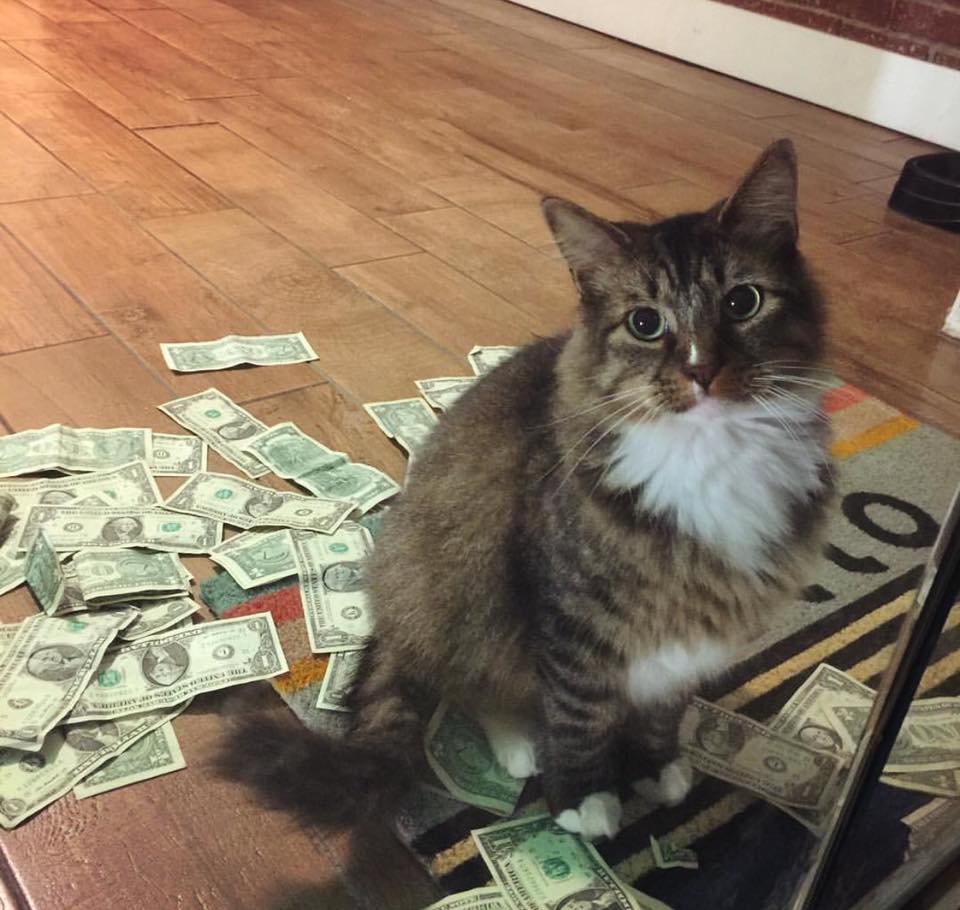 “When you hold money there, he’ll bat at it playfully at first, like, ‘Oh, that’s kinda fun,’” Stuart explained. “But then all of a sudden he’ll bite it and rip it from your hand. He does it so fast, you don’t even realize what’s happened.”

Below, for example, is how much he raked in during just one night: 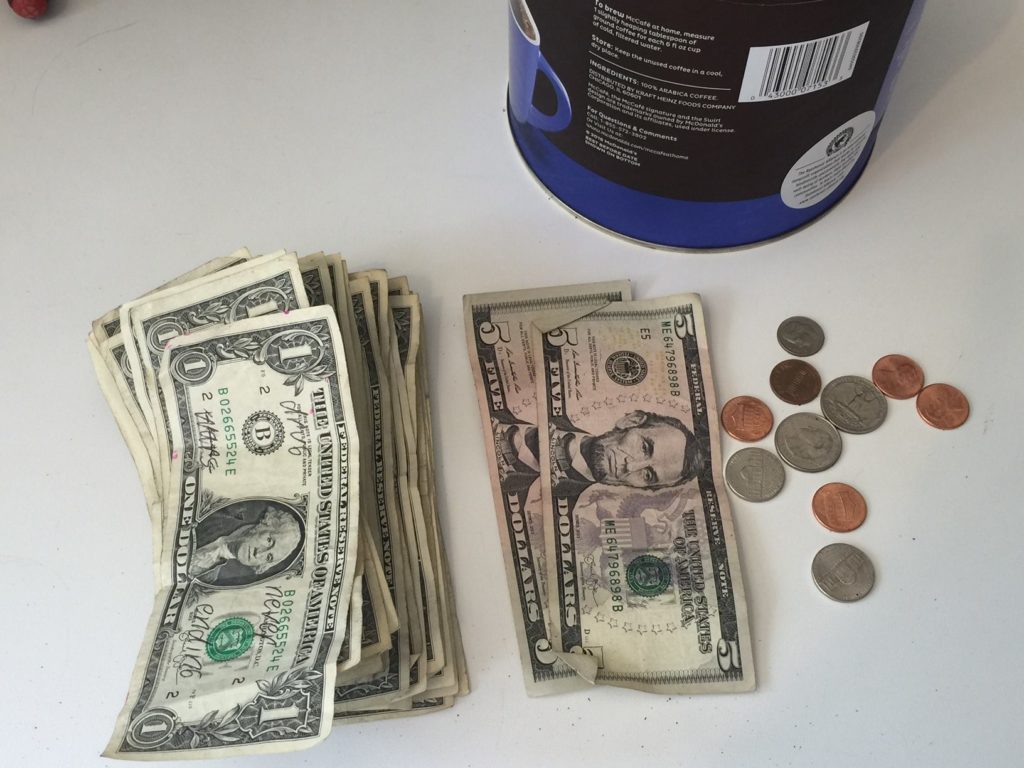 CASHnip Kitty has since pilfered more than $100. But in true Robin Hood fashion, all his ill-gotten gains are donated to the Tulsa Day Center for the Homeless, which provides aid to the city’s homeless population.

Watch this thieving feline’s sticky paws in action in the video below. Share to spread laughs!

The strangest thing has been happening at the office on weekends. When we show up on Saturday mornings and sometimes even on Sunday afternoons, we find a couple dollars on the floor near the door. Now we knew no one was paying their invoice in singles, but we just couldn't figure it out. Well at least not until we decided to test a theory on our little #CashnipKitty. Apparently he's quite the hustler, playing all the late night partiers traveling by foot on 3rd, Friday and Saturday nights.