All his life, Carter had dreamed of owning his very own dog.

His mom, April Elizabeth Licata of Byron, New York was thrilled to finally be able to give Carter the dog he’d always wanted on his 12th birthday: a little black pug named Piper. 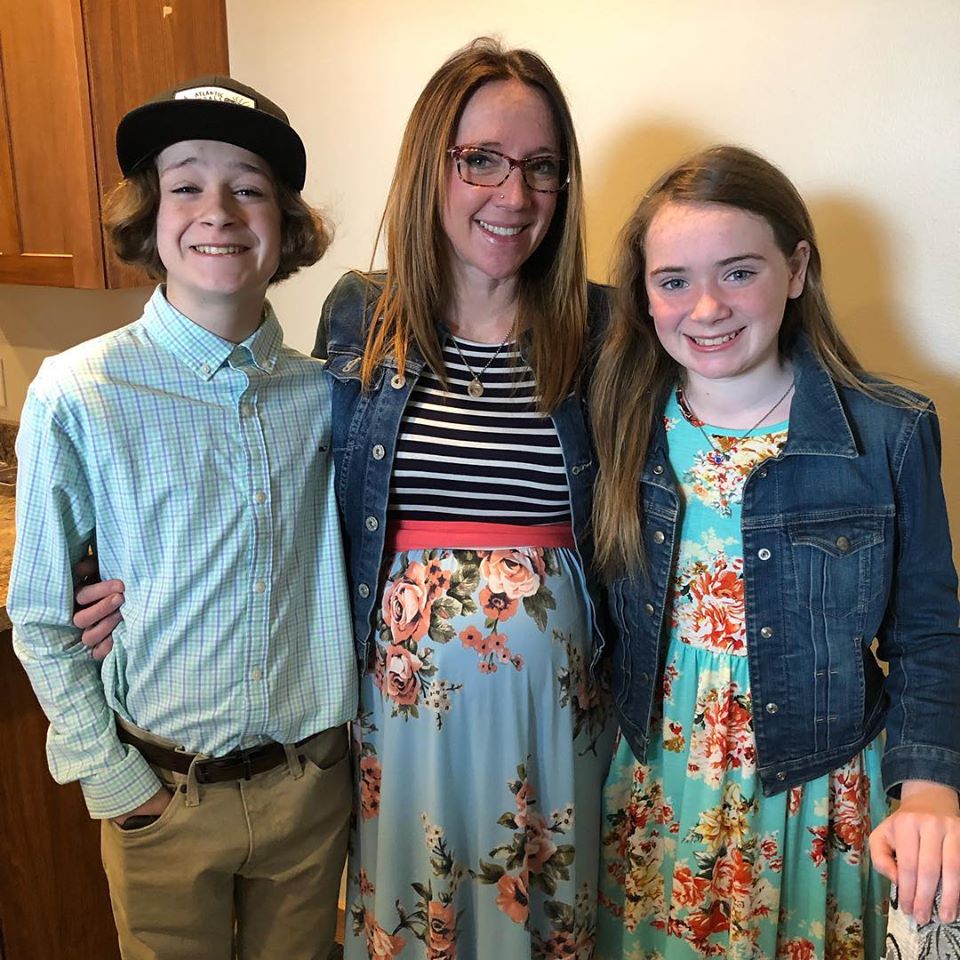 April describes Piper as “the love of Carter’s life,” which is why the now-teenager was devastated when the dog went missing after being let outside one November day. April immediately turned to Facebook to ask for help locating the missing dog, writing:

“Last night the love of Carters life ran away, his pug Piper, or she was picked up. I got distracted with the boys and when I went to let her and Jake in, only Jake was there. #seriousMomguilt She’s a two year old pug that’s very sweet, but may think you’re playing a game with her if you try and catch her. Can you please share and help us bring her home?” 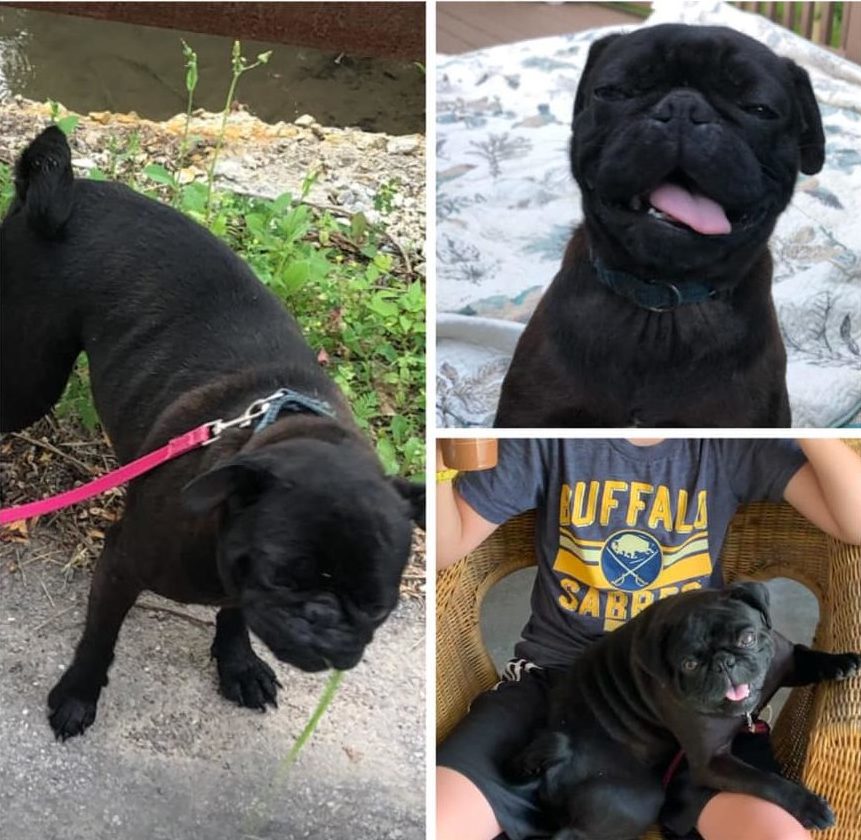 For two and a half long weeks the family waited to hear good news about their missing dog, but no one came forward to say they’d found Piper. “We posted and shared and talked to neighbors, news venues, and community groups but as the days passed, our hope waned,” April admitted.

Just when it seemed that Carter’s best friend was lost forever, April received a call from the Genesee County Animal Shelter to say that Piper had been found! Someone had picked her up and brought her to the shelter where they tracked down her family. April couldn’t wait to tell Carter and his sister Natalie that Piper was home.

April brought the dog with her when she went to pick up Carter from school, recording their reunion on her phone. The boy can be seen trudging out of the school entrance, looking a little blue, when suddenly he spots Piper in the car window and stops dead in his tracks. 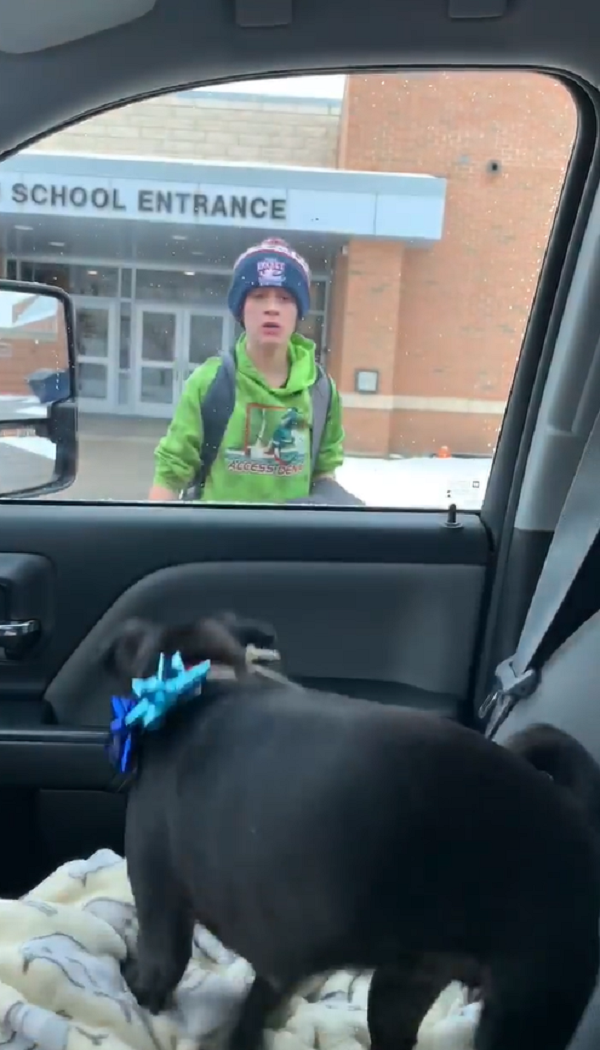 “I can’t even!” April wrote. “Carter and Natalie were out of town for a few days with their dad’s family, and so I hoped to make their reunions special,” April said. “This video is no doubt the embodiment of that! It’s so amazing to see the love, and honestly the video says more than any words I could write. ”

Sure enough, Carter quickly throws his backpack in the trunk and climbs into the car to lavish his pup with love. Tears of joy flow down his face as he hugs the wriggling, excited animal to his heart.

“My son loves his dog so much, was sick while she was gone, and tonight she’s sleeping next to him again. What a Christmas miracle for our family and thank you to everyone who helped bring Piper home.” 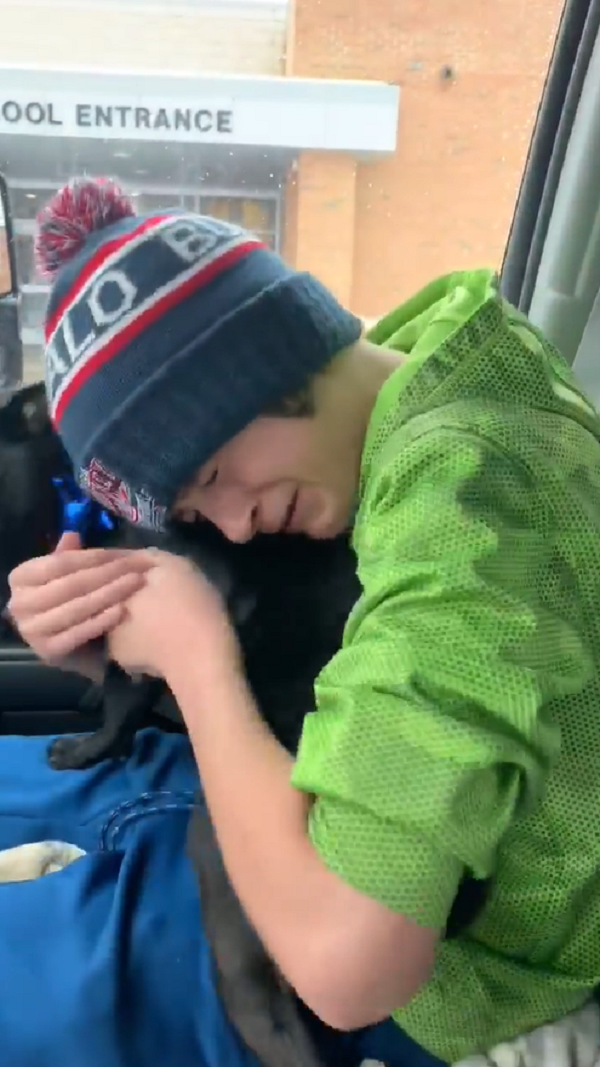 This is one of the most heartfelt reunions we’ve ever witnessed! The love between this teenager and his dog is palpable. We are so happy that the shelter and the family’s neighbors were able to bring these two back together where they belong!

Watch Piper and Carter’s tearful reunion in the video above, and don’t forget to share.