Andrea Sierra Salazar is a beautiful 17 year old from Texas. She grew up modeling for fun since the age of 13. But her world was shaken up when, one day, she felt a strange bump on her neck. Her mom took her to get checked out, and doctors discovered two more lumps, one on her collarbone and one in her chest. Andrea was diagnosed with nodular Hodgkin lymphoma.

Andrea had to take a break from school because of her cancer, but she wouldn’t let her sickness stop her from continuing to model. In fact, she saw her inability to attend school as extra free time to continue modeling. But when Andrea lost her hair, her self-esteem took a big hit. “Before chemotherapy I had always been a confident person,” she told Buzzfeed. “So when my hair started to fall out, I would look in the mirror and I wouldn’t feel that confident about myself.”

She continued to model but with different wigs, but then one photographer– named Gerardo Garmendia— suggested they do a shoot with the wig off. “She was open and not ashamed or embarrassed to share that part of herself.” He said of Andrea exposing her bald head in his photos. “The way that she was coping with cancer was just very inspirational to me. I was happy to capture this stage of life for her and that she will have something beautiful to look back on when the struggle was hard.” Andrea tweeted the following photos Garmendia captured with the caption “Cancer doesn’t stop me from being a princess.” The tweet quickly went viral. 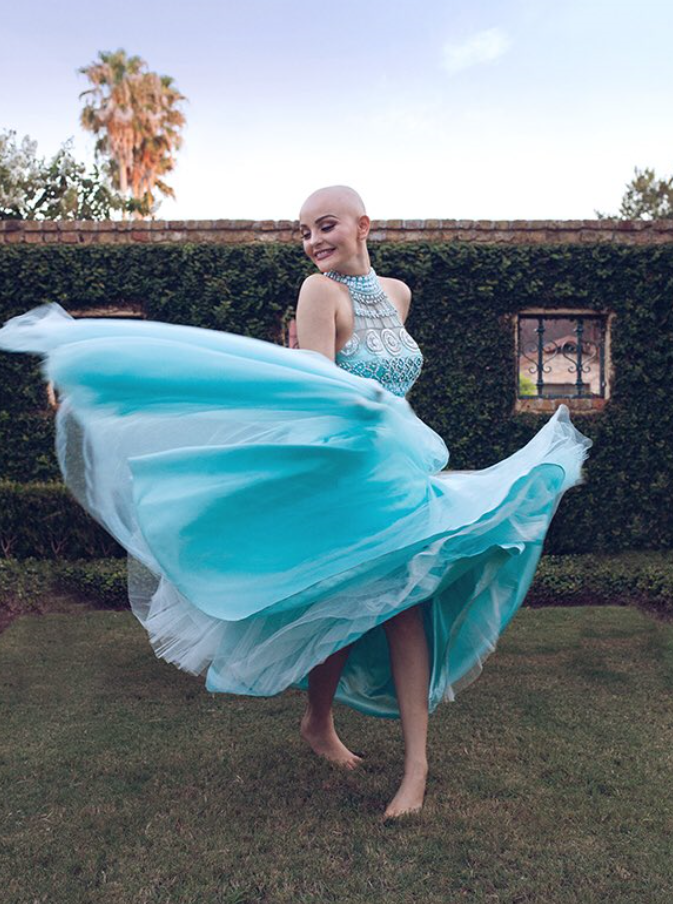 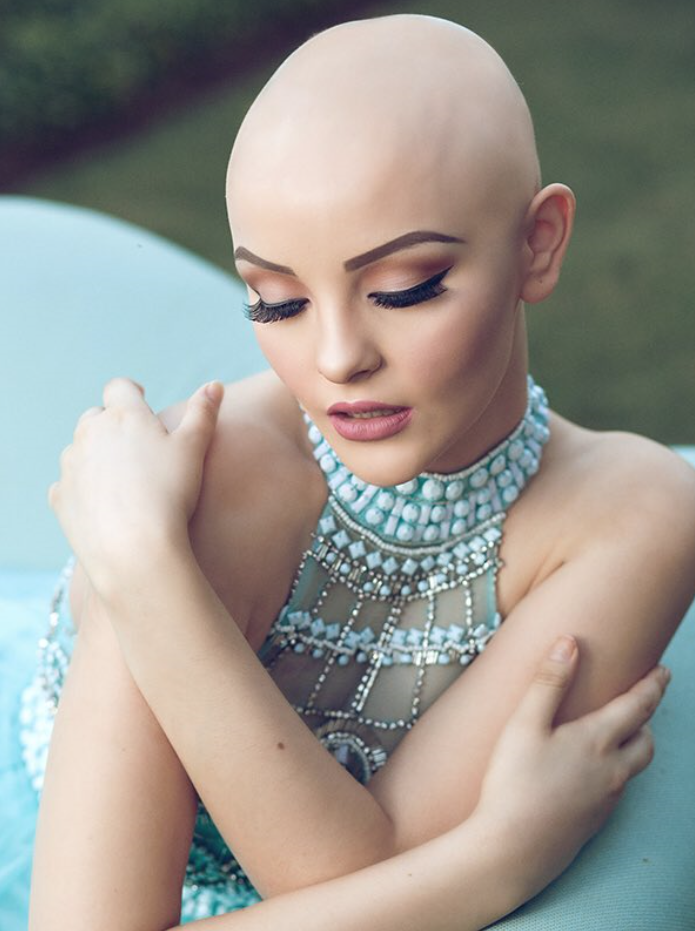 After this special photoshoot, Andrea felt beautiful being photographed without her wigs. “I realized I had no reason to be ashamed of the way I look. I should be proud.”

Since she went viral, photographers and makeup artists have posted photos with Andrea, celebrating her beauty and strength.

Andrea wants other cancer patients to know that they are beautiful, hair or no hair. “Along with other things, this journey has taught me to love and accept myself regardless of the way I look. I’ve learned that the hair on someone’s head doesn’t define who they are as a person, but their actions and the way they treat others.”

A couple of months ago when my hair first started to fall out I would have never imagined of being able to go out in public without a wig. I had lost most confidence in myself. But along with many other things, this journey has taught me to love and accept myself regardless of the way I look. I’ve learned that the hair on someone’s head doesn’t define who they are as a person, but their actions and the way they treat others. All girls are princesses, and today I feel beautiful inside and out. A photo posted by Andrea Sierra (@andrea_sierra12) on Aug 10, 2016 at 12:28pm PDT

“All girls are princesses.” says Andrea. “And, today, I feel beautiful inside and out.”