Being on a team means recognizing that every member has an important role.

While he may not have played in any game of Carmel High School football team’s 2019 season, Caleb Cleary of Patterson, New York, is crucial to their success. In fact, his fellow athletes say he’s supported the team like no one else! 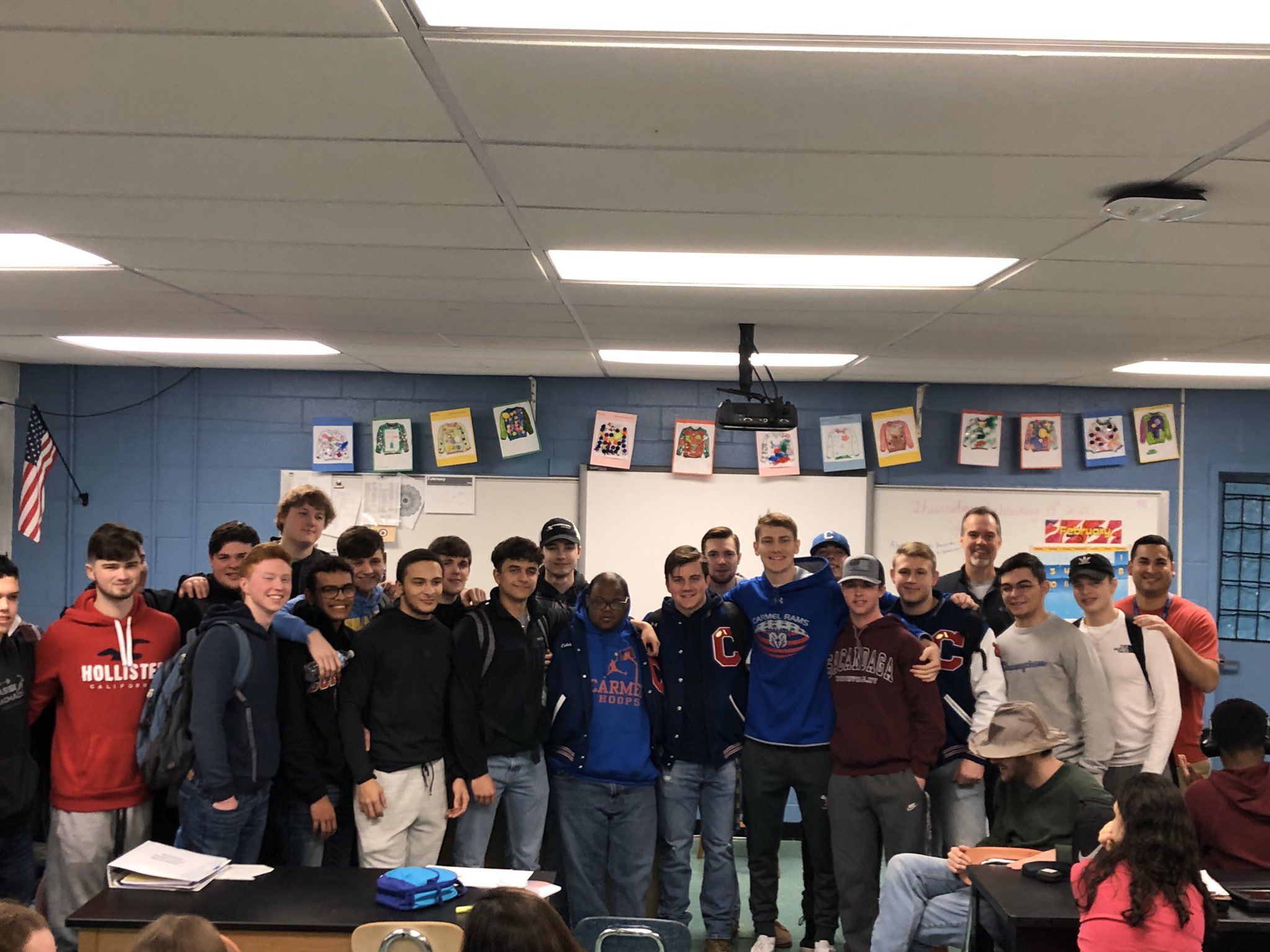 “He attended games, was on the sideline, had his own jersey, and was at every game, home and away,” said Susan Dullea, Carmel’s athletic director. “The kids love him, and he loves the kids for sure. He was just as important part of our team as anyone on it.”

Caleb also joined his friends in the locker room, where he gave them inspiring pep talks during challenging games. Will Boalt, the team’s senior captain, said, “He was just always around, and he was so supportive. It makes you realize what you have in life and that you have people rooting for you.”

So at the end of last season, his teammates took up a collection of $6 each to buy a special gift for their unsung hero. They were ordering their varsity jackets for the upcoming year, and they knew no one deserves to show off what they mean to the team more than Caleb does! 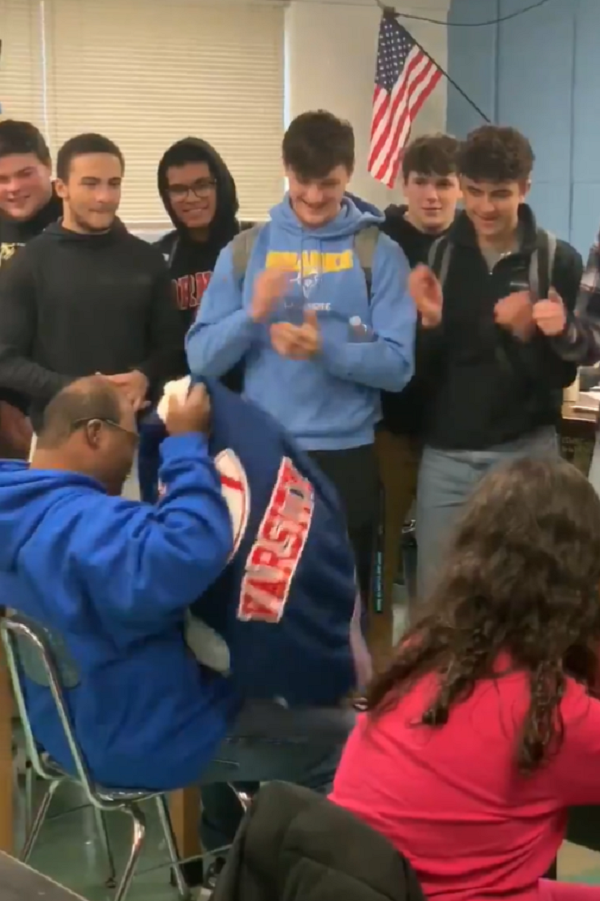 When the jacket, which they’d embroidered with Caleb’s name and number, arrived, the teens gathered a huge crowd to surprise him. After Will handed him the unique gift, everyone helped Caleb try it on.

“When he walked in, he looked so surprised,” Will said later. “He has a smile that when you see him smile, you want to smile. He looked so happy with what we were doing for him. I don’t think he expected that.” 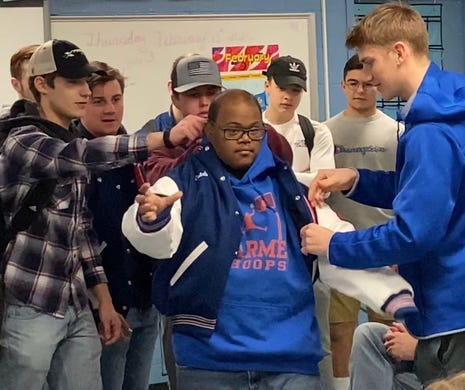 “He loved it,” Susan added. “I’m sure he will probably sleep in it tonight.”

After helping Caleb into the jacket Will and some other players took a moment to tell him how much his friendship and support means to the team. “I was talking to him and told him how grateful we were for him,” Will said. “I think it meant more to us having him on the team than I think he realized.” 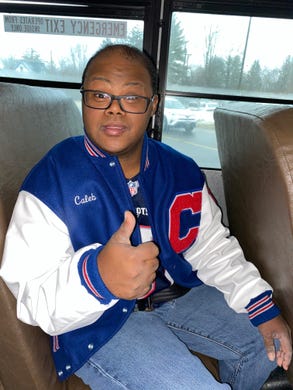 Caleb is known for his sunny disposition and kind nature, and his reaction to his jacket was no different!

“What you saw in the video is a very accurate portrayal of who Caleb is,” Susan said. “When I walk in the gym and see him, he’s always giving you a high five, always happy, gives you a hug. He’s just a happy, happy kid, and I think that’s contagious for our student-athletes.” 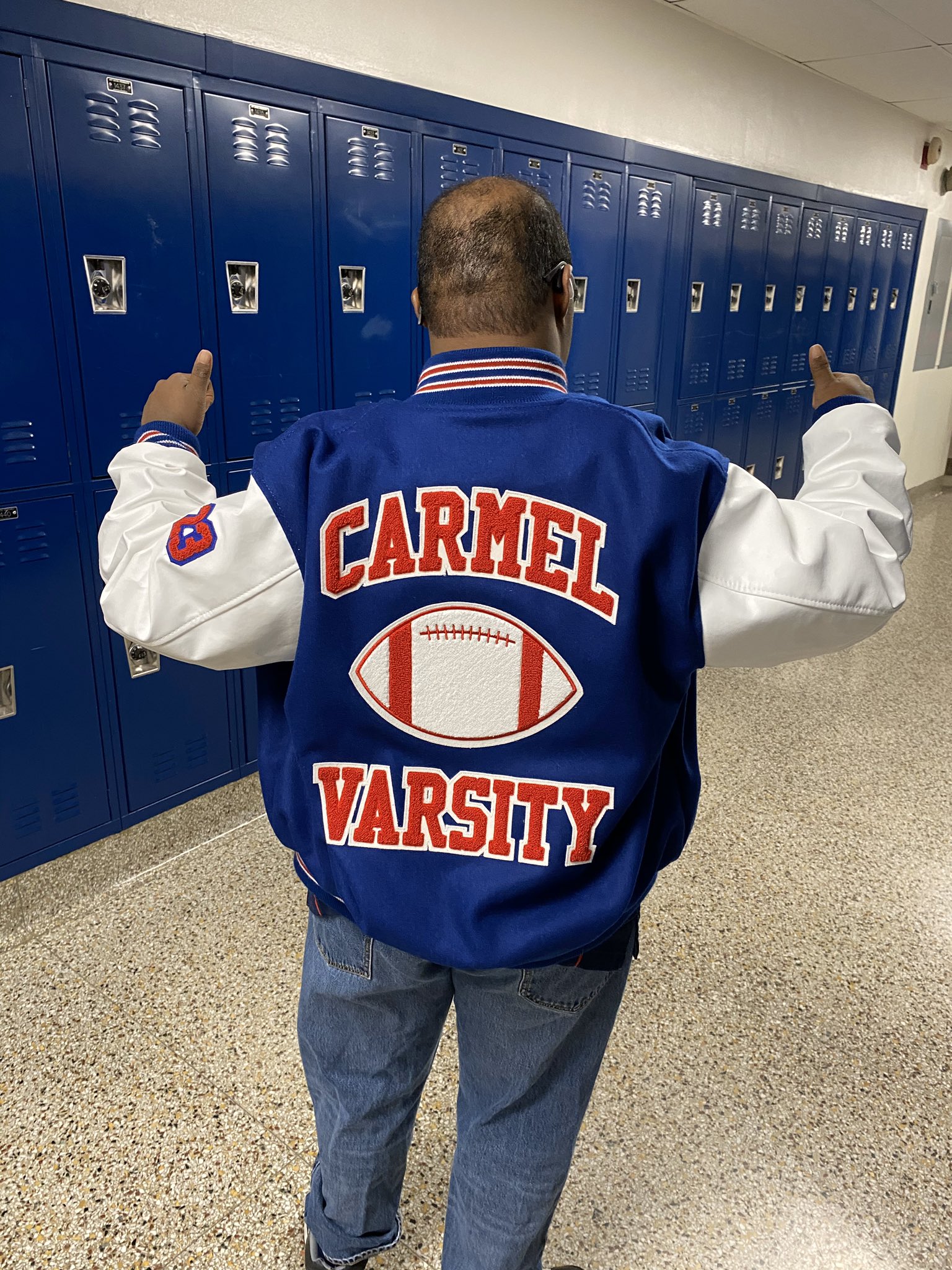 What a wonderful way to give back to someone who never lets his team down. Keep up the great work, Caleb!

Watch the teen receive his wonderful gift in the video below, and don’t forget to share this sweet story with others.

The CHS varsity football team all donated money to buy Caleb, a member of the team, a varsity letterman’s jacket. Today they presented it to him in class in front of his classmates, teachers, staff and family. This is what it’s all about!!! #Carmel6Cs pic.twitter.com/K77rVfSup4