Seeing foxes in their area is nothing new for the Caballero family of Tempe, Arizona.

Yet when they discovered a tiny 6-week-old baby gray fox trailing along behind them while out walking their dog, they instantly knew something wasn’t right. Foxes are usually timid around humans, for starters, but this little gal came right up to them. 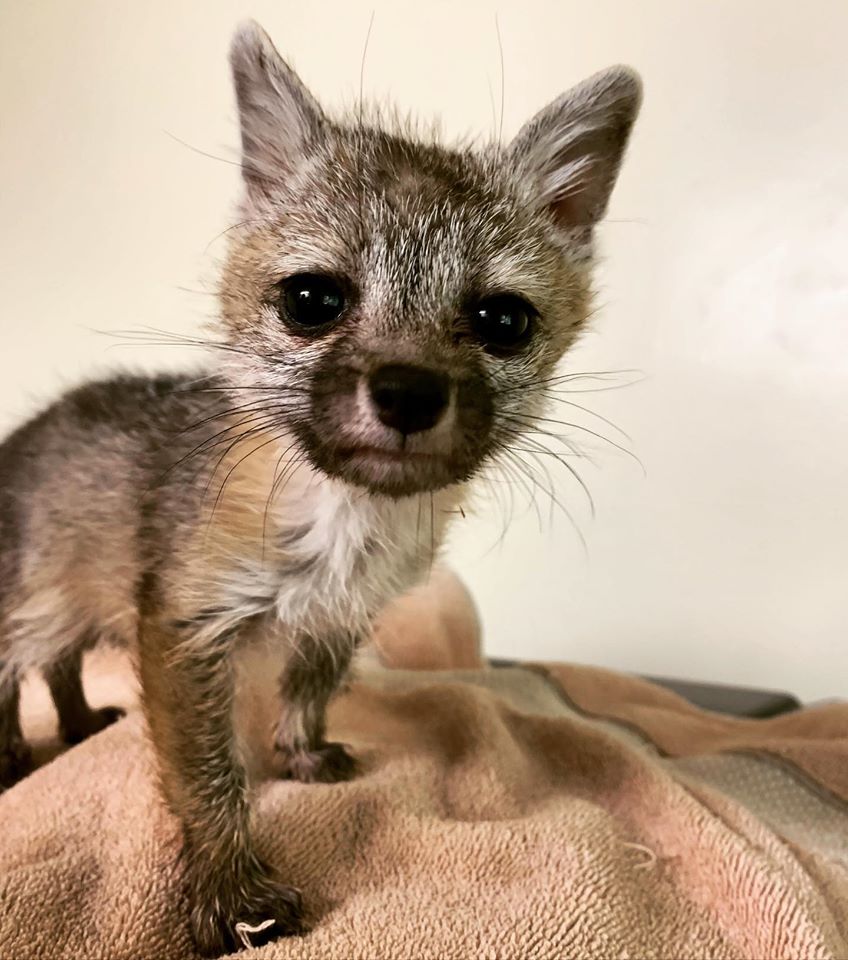 The second problem they noticed was that the fox was all alone with no mama or siblings in sight. Rosalyn Caballero was with her two grandchildren, Dylan and Preston, and she says it was clear that the baby fox was hungry and thirsty and needed their help. “It was about 10 o’clock, and when we got to a home with sprinklers on, the fox stopped and drank and drank,” Rosalyn said.

Rosalyn and the kids took their dog home and returned to the area with a box. “We got a container and went back to investigate the area. There was no mom, no other foxes around, so we captured it without touching it,” Rosalyn said.

The kids were smitten by the adorable creature, but their grandmother was careful not to let them touch the wild animal or get too attached. “It was funny because the fox thought our dog was the mom,” said Dylan. 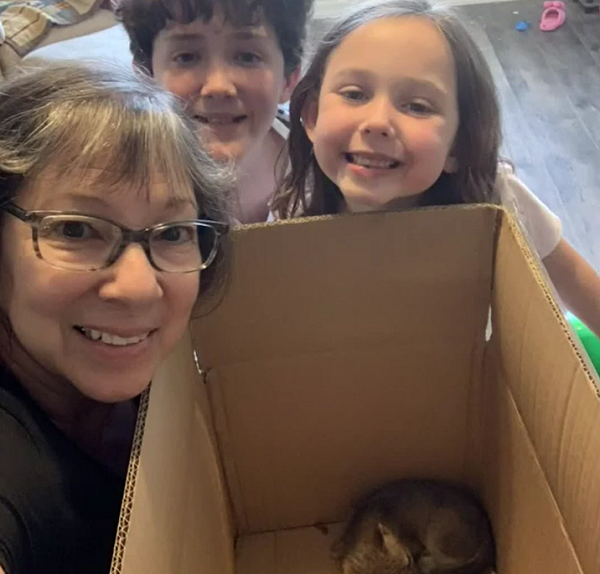 The family called the Southwest Wildlife Conservation Center, who sent someone out right away. After some reassurances to the kids, “Foxy,” as they’d named her, was off to the animal rehab center to be checked out. “One thing Preston was upset about was he didn’t want the fox to go,” said Rosalyn. “He didn’t want them to put it down, but when the guy came he assured us they don’t do that.”

Once at SWCC, rescuers were able to feed Foxy with a syringe for a couple of days until she learned how to eat from a dish. Now they’re introducing her to some other fox kits at the rescue and hoping they will bond so they can all be released into the wild together. 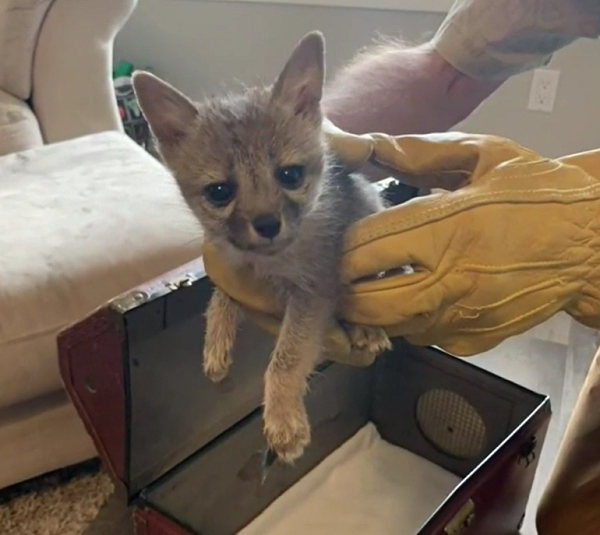 This family did the right thing every step of the way! They saw an animal in need but knew not to touch it or interact with it too much until the experts could arrive. Because of them, this little fox kit will get a second shot at life!