We never know when disaster will strike. That’s why it’s so important to have neighbors we can turn to for help!

Brett Easter, a 19-year-old pilot from Covington, Washington, recently took a fun flight in an experimental plane. But when things went wrong, he had to rely on others to save his life. 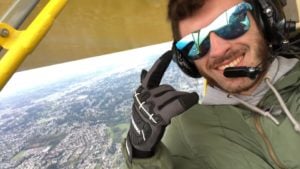 Brett took off from Norman Grier Field in his yellow ultralight plane on November 11. “My plan was to do one lap around the traffic pattern before going to work,” he told KOMO. “My first turn in the pattern, I looked back at the airport and looked forward again and my propeller wasn’t moving.” 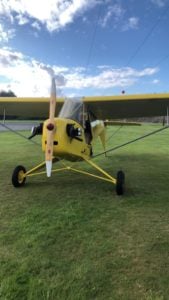 He knew he wouldn’t make it back to the airport, so he started scanning the area for a place to land where no one else would get hurt. Lake Morton seemed like the best bet, so he successfully touched down in the water. But he wasn’t out of danger yet!

After unbuckling his harness and opening the door, Brett fell into 47-degree water and got tangled in the heavy jacket he wore. He tried to remove it, but his arms were stuck, so he kicked desperately for ten minutes to keep his head above the surface.

Nearby residents witnessed the crash, including Lori Jurek and Robert Thomas. These brave neighbors hurried into a kayak and paddled toward him as fast as they could. When they reached Brett, they held onto him while a canoe pulled them all to shore.

Incredibly, Brett only spent one night at the hospital, although he still had water in his lungs when he left. Despite the terrifying encounter, he’s not done flying. In fact, he said engine failure isn’t enough to “keep me out of the sky.” Of course, he knows he couldn’t make that choice if not for his valiant rescuers!

“I can’t thank them enough,” he said. “I wouldn’t be here talking to you if it weren’t for them.” 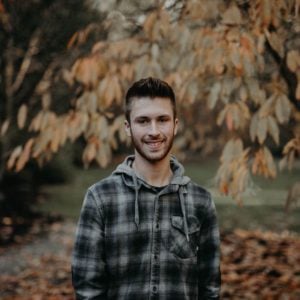 What an incredible reminder that everyday people can be extraordinarily brave! After all, Brett’s heroes didn’t hesitate for a moment before rushing to his side.

Learn more about this pilot’s brush with death in the video below, and share his story to thank all the individuals out there who are willing to risk themselves to save lives!