We’re never more aware of how much our loved ones mean to us than in the moments we can’t be with them.

For Anthony Podolinsky, that includes his beloved dog, Brady. Back in 2018, he and his partner McKayla Crump decided to move from their Alaska home to Oregon. Anthony planned to travel separately and meet McKayla and Brady there a short time later, but ultimately stayed behind in Anchorage for months dealing with an unexpected family tragedy. 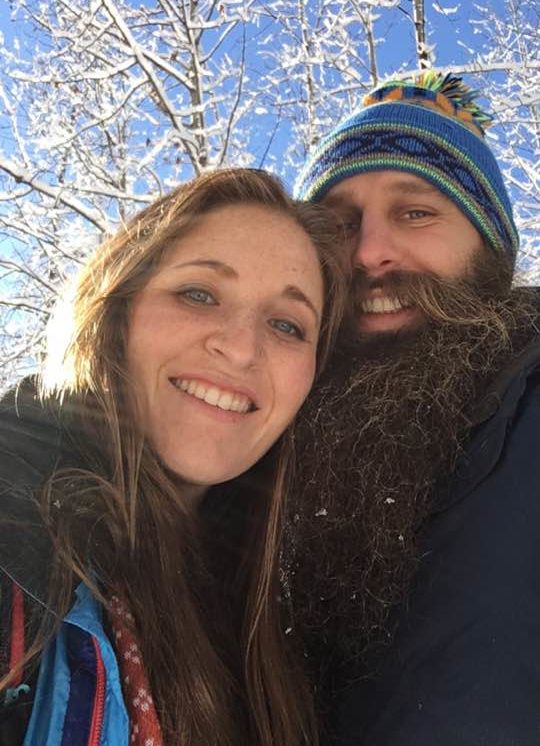 “The plan was I was going to drive down with my brother and the dog and Anthony would fly down 3 weeks later,” McKayla explained. “But unfortunately his father’s health took a serious turn for the worse and Anthony has to cancel his flight to Bend.”

Anthony also quit his job and helped care for his dad full-time. His father ended up passing away in late November, after which Anthony stayed to help his mom sort out all the final affairs. In the meantime, McKayla and Brady missed him a ton. 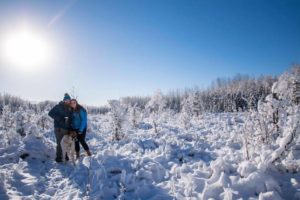 After spending three difficult months apart from the two, Anthony felt exactly the same. He finally got to see them again the day before Christmas Eve, when he arrived in Oregon.

McKayla shared footage of the heartwarming moment Brady saw Anthony again on Facebook, writing, “There’s literally nothing better than a dog being reunited with his hooman. Happy holidays everyone!” 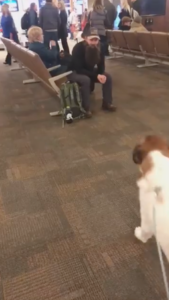 In the video, we see Anthony sitting in a chair at the airport. He’s just a few feet away from the dog, who doesn’t notice him at first. But then, Brady locks eyes with his favorite human and immediately walks over, tail wagging. 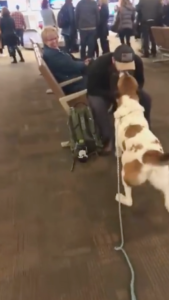 When he sniffs Anthony and realizes that, yes, this is, in fact, his long-lost dad, he can’t contain his joy. The adorable pup jumps up on Anthony, licking him over and over while whining uncontrollably. Their clear bond brought tears to other passengers’ eyes. 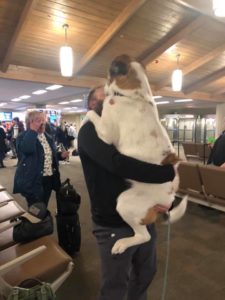 McKayla’s right: there’s nothing better than witnessing the love between two friends who haven’t seen each other in so long. We’re so happy this family is back together, though we’re also very sorry for Anthony’s loss.

Watch the sweet video of Anthony and Brady’s reunion below and share with all the dog lovers in your life.