We love dogs, but there’s no denying that getting through the puppy years can be tricky.

Puppies tend to go through a phase when they want to chew on everything, and if you dare leave them alone for even the briefest of periods they tend to find a way to wreak havoc. Ashley Bamforth of Sheffield, United Kingdom, knows the pain of puppy-rearing all too well. Thanks to a viral video he shared on YouTube, the whole world has gotten a taste of puppy-dom, too. 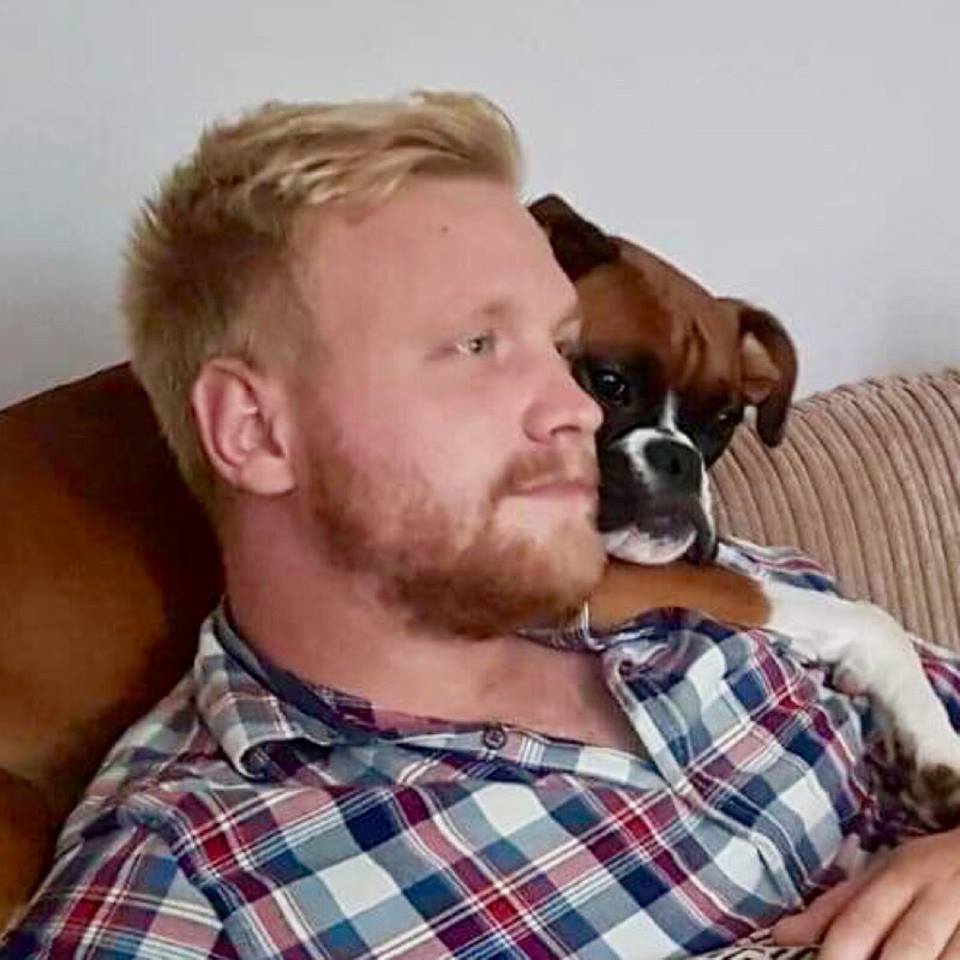 Ashley and his girlfriend are the proud dog parents to Layla, a boxer with a big personality. The pair have a dedicated Facebook page and YouTube channel for their beloved dog, and by far their most popular video to date involves their sweet dog getting into a big mess when they left her alone for just 30 minutes.

For reference, here’s Layla enjoying a snooze in her cozy dog bed in the family living room. Doesn’t she look so sweet and innocent? Well, don’t let that fool you! 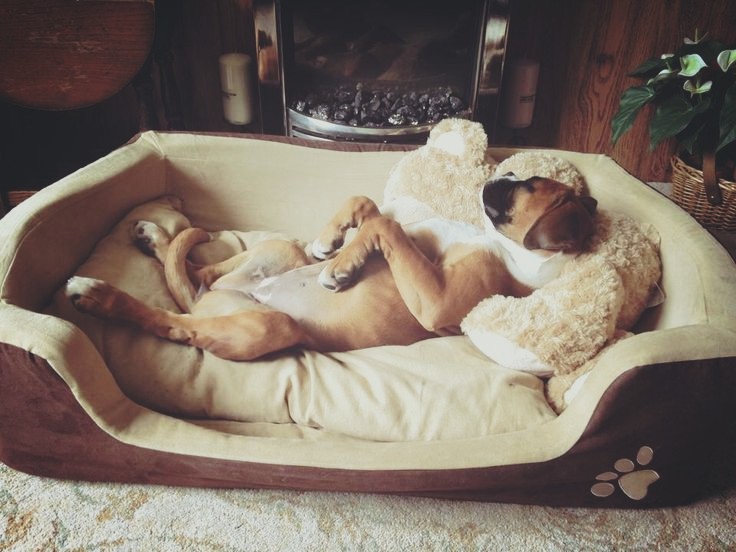 Ashley started shooting video on his phone to show what Layla did to her bed when left to her own devices, and it is not pretty! When he arrived home after leaving her on her own for the first time, Ashley found that she’d somehow figured out how to open doors. As if that wasn’t scary enough, when he opened the door he found… this. 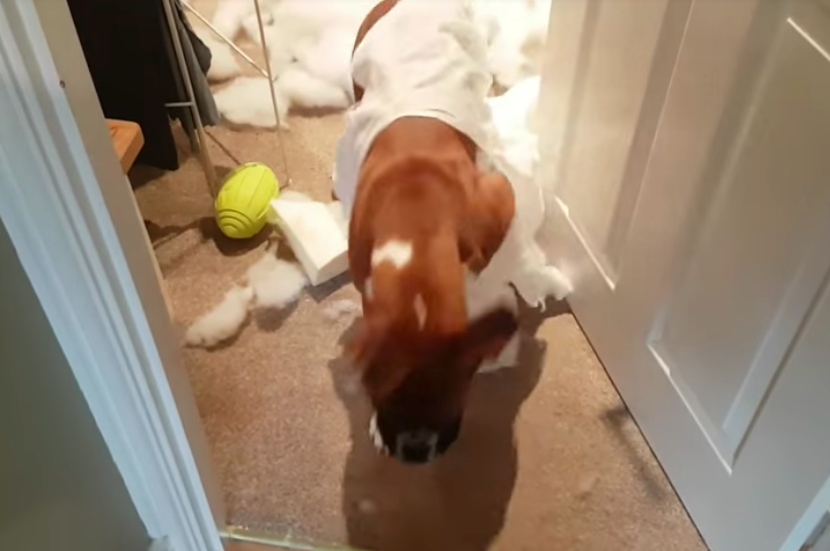 Yup, that’s Layla stuck in the lining of her bed. Behind her is a mountain of fluffy filling! The silly pooch pulled out every bit of stuffing and spread it from one side of the family room to the other. The worst part is that she doesn’t look the least bit remorseful about it!

“She thinks it’s funny,” Ashley muttered as he filmed the wreckage of his living room. Sure enough, Layla’s tail was wagging happily as she showed off her handy work. 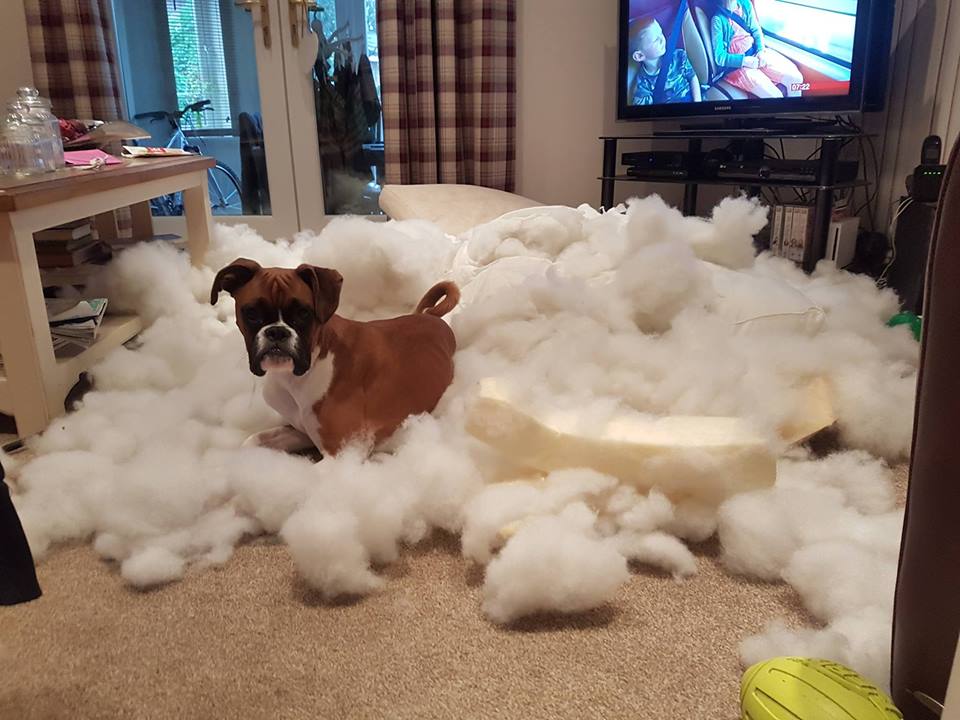 It’s a good thing she’s cute, right, Ashley? The only silver lining that came from Layla’s chew-fest that day was that this video wound up launching her social media presence, bringing in thousands of fans who can’t get enough of her bad girl antics.

Don’t forget to share Layla’s “redecorating” style with a pet lover who will understand!