After years of running by herself, Jessie Rix of New York, New York was ready for a new challenge. When she learned about an organization that pairs runners with athletes who have disabilities, she knew immediately that she’d found her new calling.

Jessie signed up with Achilles International, a charitable organization that helps people with all types of disabilities participate in mainstream athletics. The Achilles mission is “to promote personal achievement, enhance self esteem, and lower barriers to living a fulfilling life,” and it lined up perfectly with what Jessie had in mind. 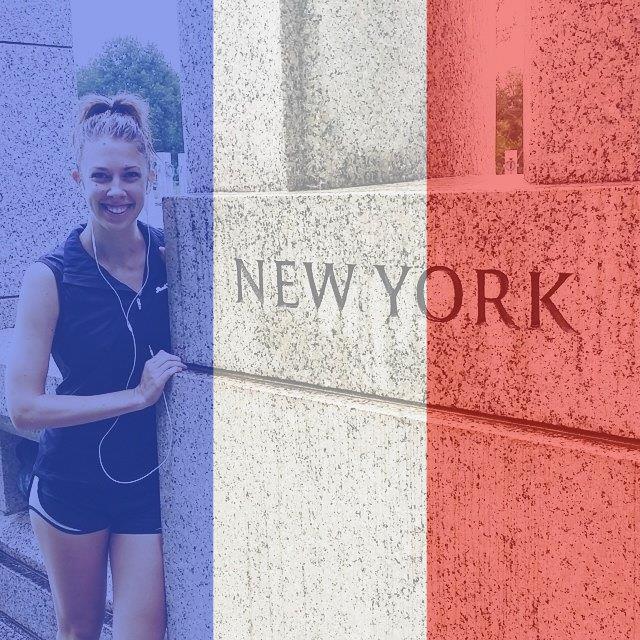 “It was a way for me to volunteer doing something I loved,” Jessie explained about her decision to volunteer with Achilles.

As soon as Jessie signed up and got her first assignment, she quickly realized that she was about to get even more out of her new venture than she’d bargained for. That’s because the disabled athlete she’d been paired up with was Anthony Butler, a blind man who instantly stole a piece of her heart.

“I remember seeing him and he was just like the funnest person there and having the time of his life,” Jessie recalled. “He had a ton of people around him talking, laughing. And I’m like, I want to run with that guy.”

Anthony and Jessie paired up to begin training for a marathon in a New York park. Jessie guides Anthony as they run, connected by a short tether to help him stay on track. Once they started running together it didn’t take long for these two to form a tight bond, and before long Jessie realized that her feelings for Anthony went beyond the finish line.

“It’s a very intimate sport,” Anthony explained. “I mean, you get to trust people. And me being blind, I have to have trust in that person guiding me and making sure I don’t hurt myself. So that’s why there’s so much giving and receiving between both parties.”

“When you’re training for a marathon, you’re spending probably 12 hours a week with someone,” he went on. “So you’re there for a lot, like when someone loses their job or when someone gets out of a relationship, or someone’s just having a hard day. While they’re running, which is a release, they’re also venting to you, their companion.”

As the miles melted away beneath their pounding footsteps, Jessie and Anthony fell in love. 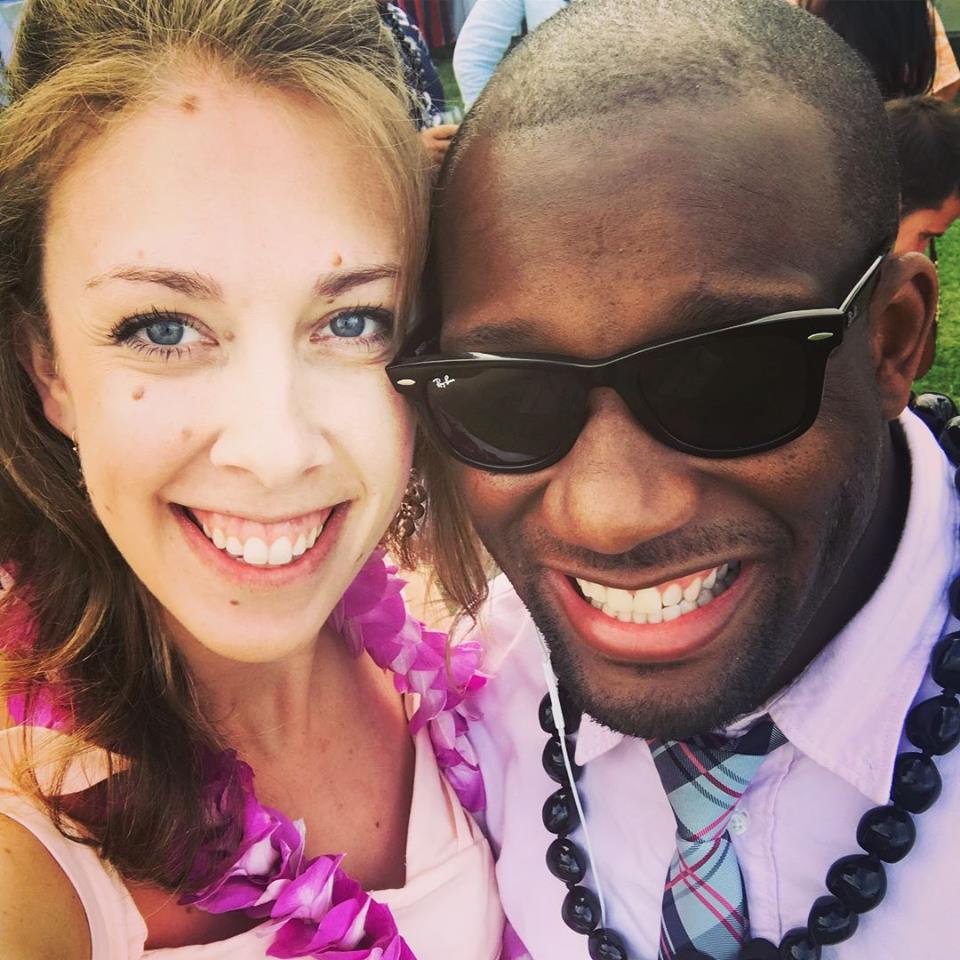 Jessie soon realized that the hardships that Anthony had endured, including the terrifying and violent random shooting that left him blinded at age 20, had helped turn Anthony into a loving and compassionate person who isn’t afraid of hard work. After the shooting, Anthony was depressed, overweight, and  had even been homeless for a time, yet he was not willing to give up on himself.

“I didn’t know what to do. You know, I just lost my confidence,” Anthony said. “I got hit in my face, so I wasn’t sure how I looked. I wasn’t sure if I was ever going to be able to attract a woman or not.”

“He’s got an amazing perspective on everything and I’ve learned so much from him,” Jessie gushed. “It’s really changed my entire outlook on everything.” 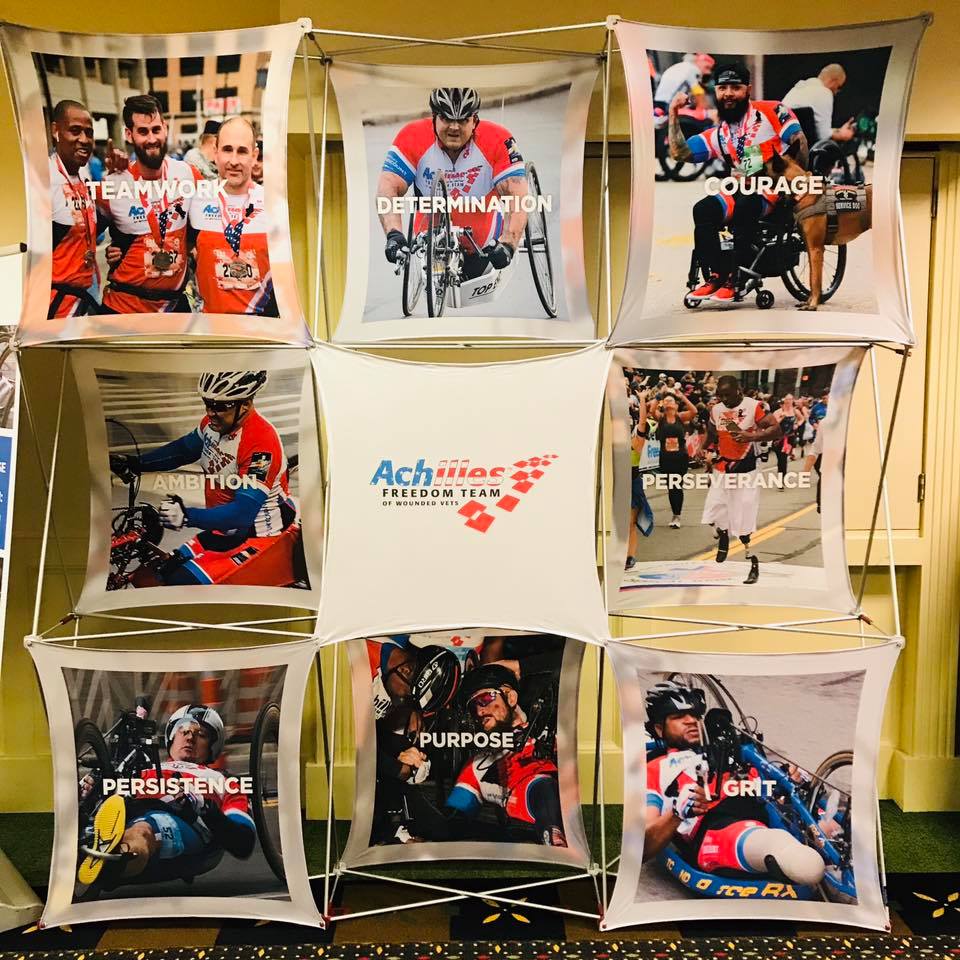 Thanks to both Jessie and Anthony’s individual decisions to join Achilles, they met and have now been together for over two years. Not only that, but they’ve completed 7 marathons together as running partners!

Jessie hopes the message others will take from their story is twofold. First, having a disability does not mean you can’t compete in your favorite activities with the right modifications. Second, you never know if something good will happen to you unless you put yourself out there and give new things a try. 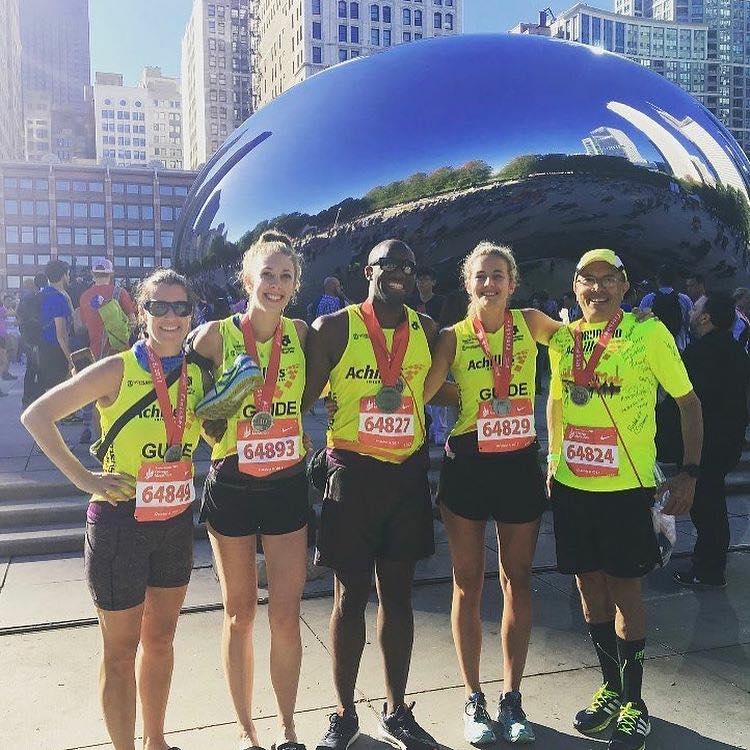 “If you don’t put yourself out there, you don’t know what you’re missing,” she stated. “I just went out on a Tuesday to go volunteer and go for a run. [Anthony] did the same thing… You really don’t know, just by saying yes to something, what that’s gonna do for your future.”

What a terrific reminder for us all! If you find yourself unhappy and in need of a change, why not get out there and see what you can do to shake things up? You never know when helping others will lead to a lasting and wonderful change for yours own life, too.

If you agree, please share this story to spread the word!