Somebody get the National Basketball League on the phone because we’ve found their next recruit.

Blade James was spending the afternoon with his family in suburban California when his uncle, David Turner, a man from Grand Prairie, Texas, decided to get in on the action. David is blind, but that didn’t stop his family and friends from gathering around him and giving him a chance to show off his basketball skills. 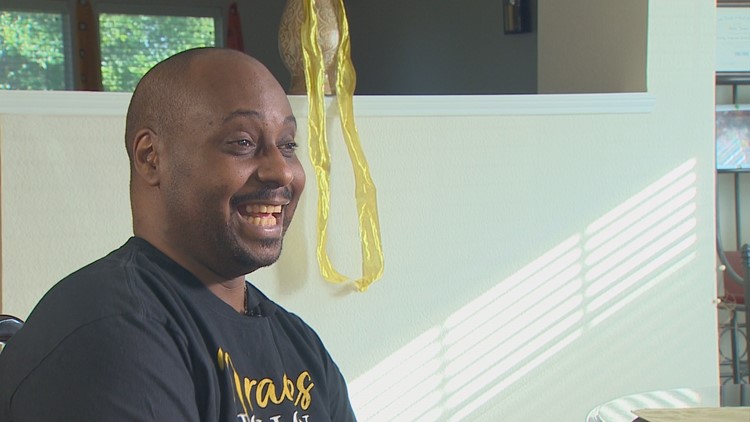 As their large family waited, David holds the ball and stands several feet away from the hoop. Almost all of Blade’s family members have also pulled out their phones to record the moment, leading the viewer to believe that we might be about to witness something special. Spoiler alert: that assumption is correct. 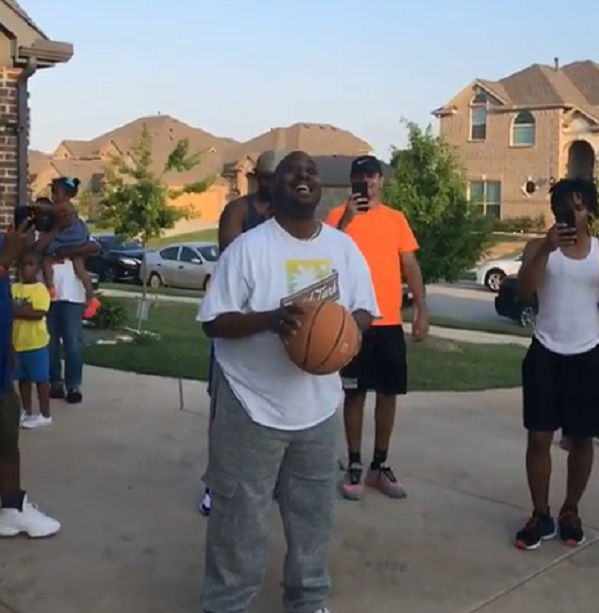 One family member calls out to David to let him know where the hoop is located, and then he takes it from there. Pausing only briefly, David sends the ball soaring… As the camera pans up, you can see the ball outlined against the stark blue sky before — SWISH! Right into the hoop!

The fact that David made the shot is incredible enough on its own, but his family’s reaction is absolutely priceless! The entire group sends up a cheer that must have been heard from miles around, hooting and hollering their approval for their uncle’s one-in-a-million shot.

Blade and several other family members posted video of David’s awesome shot on Twitter, and soon major sports networks like ESPN and Sports Illustrated shared it with their legions of fans. Within its first 24 hours online the video had already racked up over 3 million views, and a few days later that number had already climbed to well over 8 million. Fans everywhere were blown away by the apparent ease with which David sunk that shot.

David’s family has now started an Instagram page for his fans to connect with him. “I want to give glory to God and thank everyone for their support this really means a lot me and special thanks to @sportsillustrated @espn @houseofhighlights for the shoutout,” he wrote.

David’s motto is “shoot by faith, not by sight,” and that’s actually a pretty good attitude for life in general! We should all learn to rely on our faith and trust that if it’s meant to be that shot is going to hit its mark.

Watch Uncle David making his incredible shot in the video below and don’t forget to share with a sports fan you know!

This blind man sunk a free throw in one try and his family's reaction was priceless ?