“The non-dancing one is like the missus (who is) used to her man making a fool of himself at parties.” That comment, posted by Scottish politician James Dornan, pretty much sums up the absolutely hilarious video below.

The clip shows Mark Muldoon in his kitchen, serenading his two cockatoos to the tune of Elvis’s 1956 hit, “Don’t Be Cruel.” The umbrella cockatoo, who has a personality about as vast as his feathered pompadour, does everything but curl his beak and swivel his hips to get his Sulphur-crested counterpart to join in the fun. 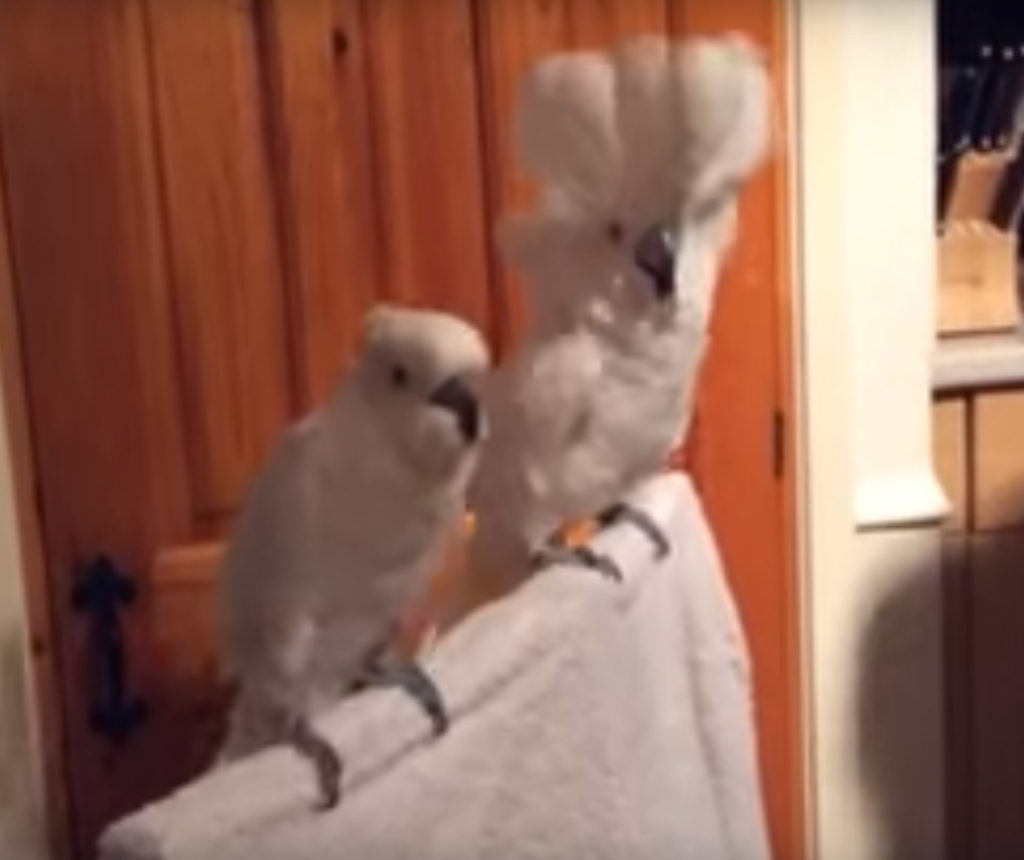 … but she’ll have nothing to do with it. Nothing.

“This video is awesome because it’s exemplary of every time your favorite song comes on, but your friend is not impressed,” another viewer wrote.

They start out perched a comfortable distance from each other, but as Muldoon hits his stride and the umbrella cockatoo grows more animated, the Sulphur-crested moves closer and closer to the edge until she’s just barely clinging on. 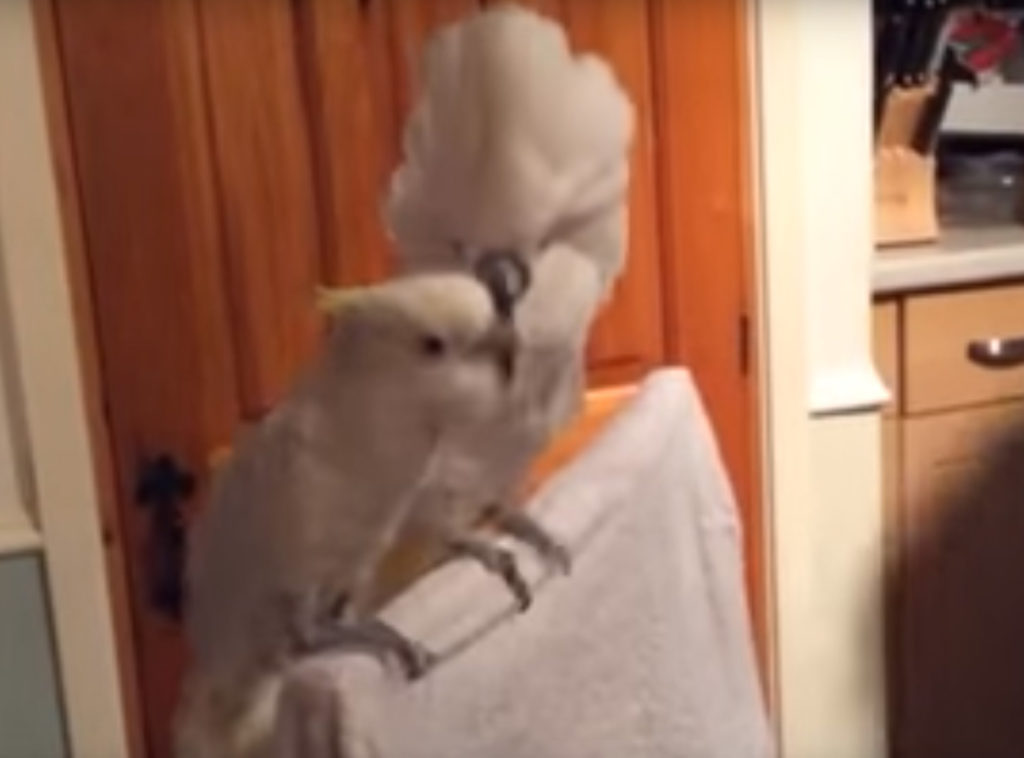 Meanwhile, the umbrella cockatoo’s getting down, his crest poofing and head waving as if pleading with her to cut loose just this once.

There he goes again, embarrassing her in front of all these people. 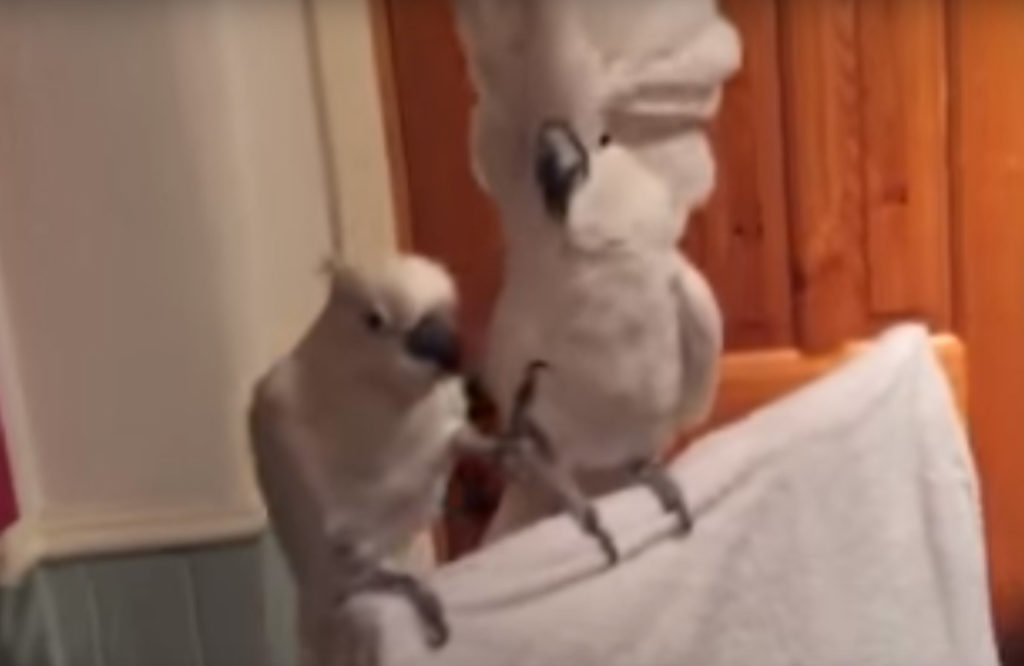 She raises a clawed foot to no avail.

“When your jam comes on but your friend isn’t feeling it,” one commenter posted, while another wrote, “The female puts her foot up like “Personal space, PERSONAL SPACE!”

The antics continue until about three-fourths of the way through, when the umbrella cockatoo just can’t contain himself anymore and finally cuts loose. The wet blanket beside him almost visibly winces as he poofs out to twice his size, then adds some serious head banging for good measure. 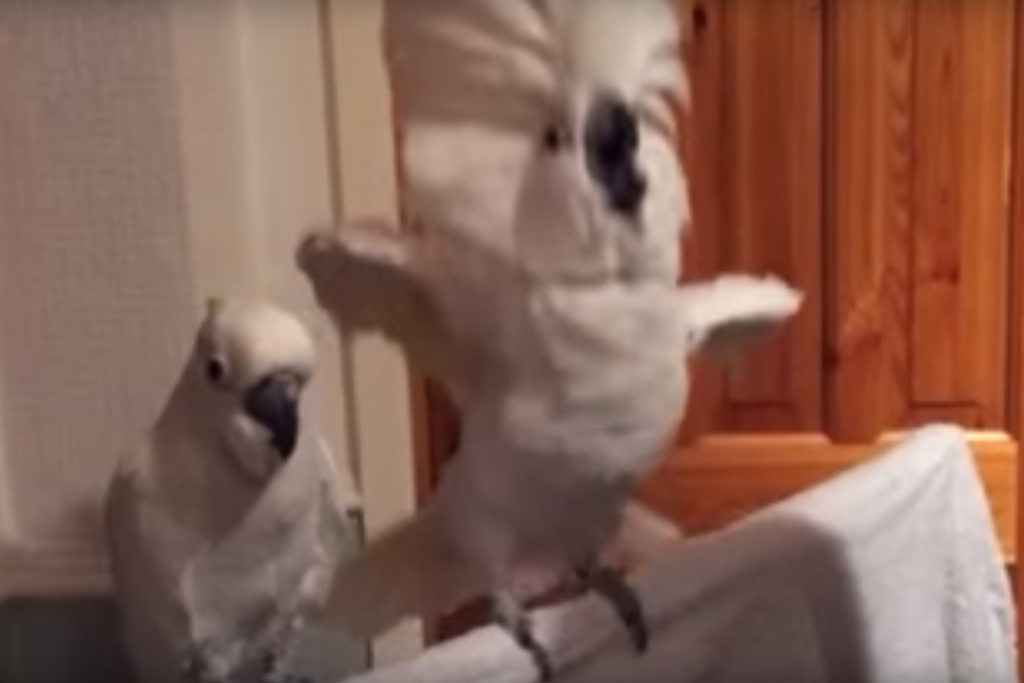 Watch the full video below and share to spread laughter!