Bilal Quintyne of Smyrna, Georgia was out on a morning run with a friend, when he spotted someone in need.

A woman in an electric wheelchair was sitting by the side of the road. Her chair had run out of battery as she’d been on her way to the store, and she was stranded there with no way of getting home. She called out to Bilal and asked him to call her husband to come get her, but Bilal was having none of that. He instantly recognized this situation as his chance to fulfill a personal duty to his fellow humankind, and to God. 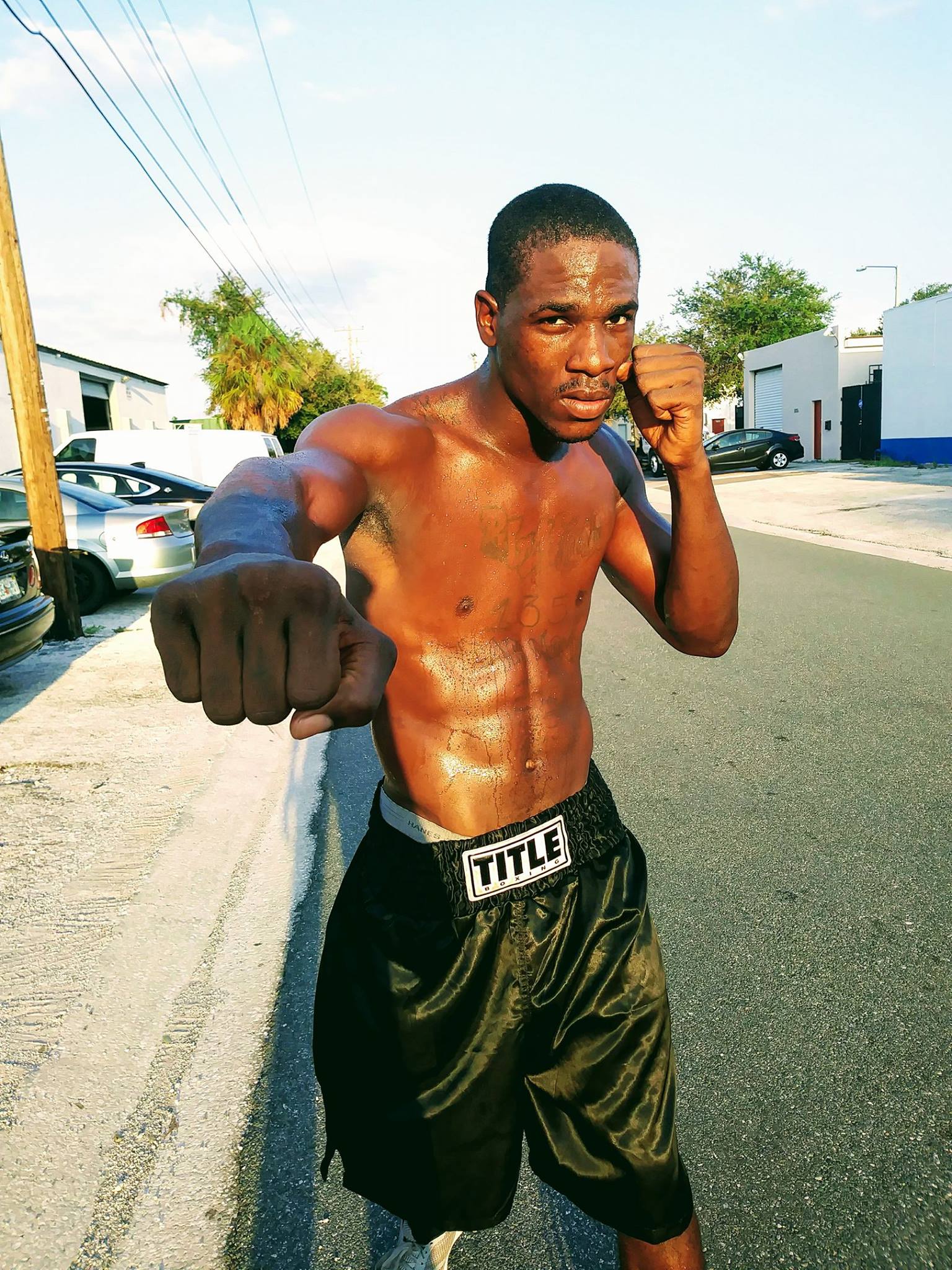 “She asked if I could call for help and I said, ‘I’m in good shape. Where is your house? I’ll take you myself,’” said Bilal, who is an amateur boxer and overall fitness buff.

With temperatures rising to well above 90 degrees F, the walk back up the hill to the woman’s home was no easy feat. Bilal can be seen straining to push the disabled woman up a steep hill, all the while telling his friend behind the camera that as an able-bodied person, he felt compelled to help others. 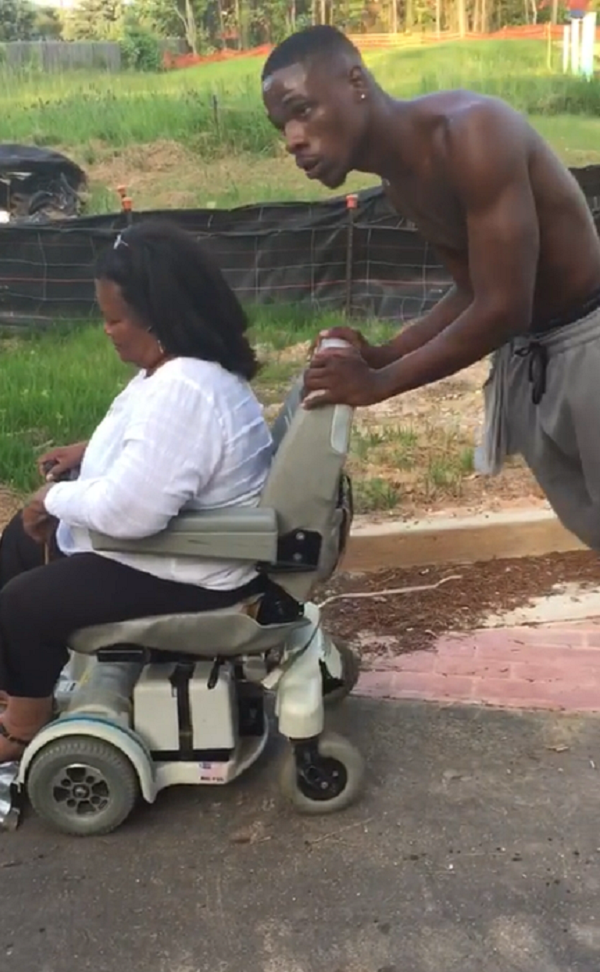 I don’t care what you’re going through, when God calls you for help, you’re supposed to help. Period. Period. When He stops you, and tells you to help, you stop and help. Period.

Once he’d pushed the woman all the way home, he got her settled in her house and asked if he could go even further to help her that day. “I offered to go food shopping for her, but she wouldn’t allow me,” he said. “She was crying, very grateful, and said that many people had driven by without stopping to help.” 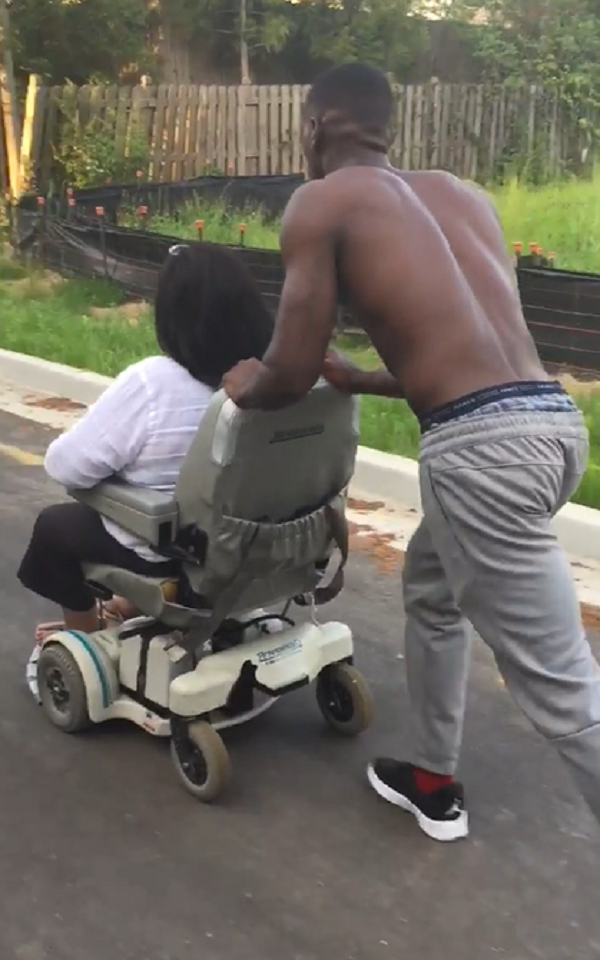 Later, when he uploaded the video to Facebook, Bilal reiterated how he felt responsible for helping others as a way to give thanks for his own good fortune. He never once considered leaving the woman stranded, and even making a call to her husband was not enough; he wanted to personally assist her in her hour of need.

“God’s Plan. God’s Work. Her battery gave out and she didn’t know how she was getting home. God blessed me with an able body. So WE pulled her home. A mile or not I wouldn’t go home until she was home. Period.”

Within days, the video of Bilal’s good deeds had gone viral online, and it has now been viewed and shared millions of times. Everyone who sees it feels a surge of pride in this young man, who wouldn’t rest until his neighbor was taken care of. 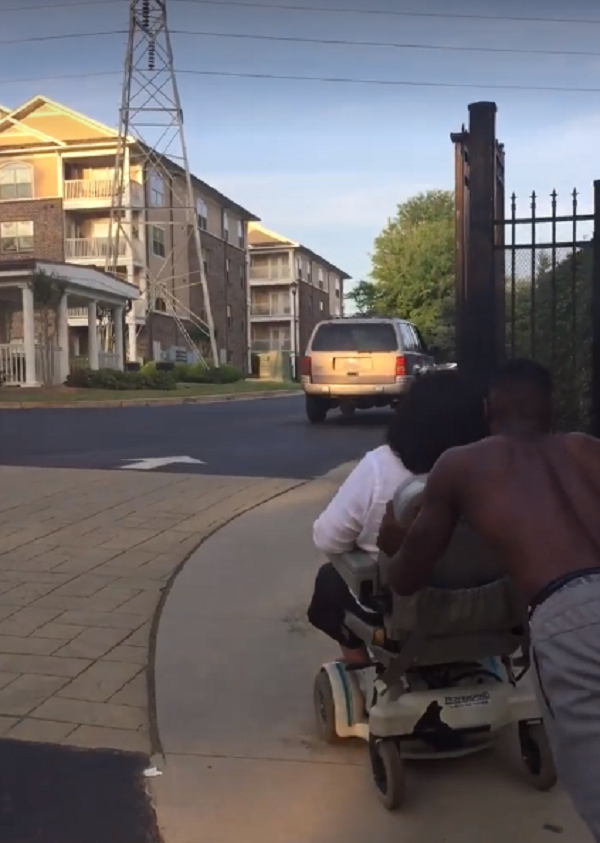 Well done, Bilal! The world needs more kind and helpful neighbors like you!

Watch Bilal going above and beyond to help someone in the video below, and be sure to share to remind others of his words the next time they’re presented with the opportunity to help someone out!