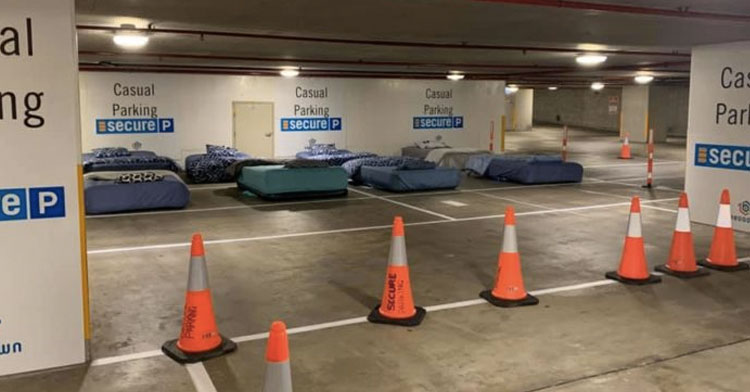 Many of us have never had to worry about where we’ll sleep. But for the thousands who call the streets their home, it’s a question they ask themselves daily.

Everyone deserves to feel safe at night and have a place to rest. Unfortunately, homeless shelters can only take in so many. But thanks to one organization’s brilliant idea, a parking garage in Brisbane, Australia, has been serving a greater purpose when the sun goes down. 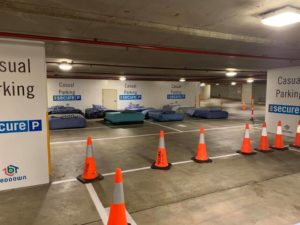 Homelessness is an issue very close to Norm McGillivray’s heart. His father began living on the streets of London when his parents split up in the ’70s. He died there after suffering a heart attack. That’s what inspired Norm to found Beddown. 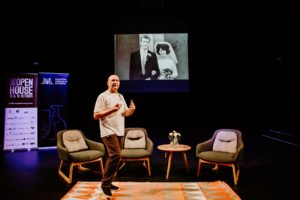 The non-profit’s mission is to tackle homelessness by utilizing spaces that are only used during the day — like parking garages. So, partnering with Australia’s largest car park operator, Secure Parking, they’ve arranged to turn the structures into safe havens every evening, bringing in blow-up mattresses along with cozy bedding.

“Sleep deprivation is a massive issue for our homeless, so being in a place which offers shelter and is safe, secure and comfortable we believe will have a big impact on those who use Beddown,” the charity wrote. 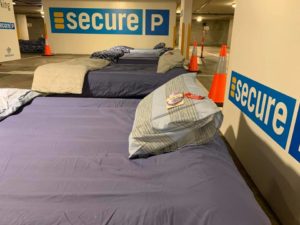 Beddown began in late September with a two-week trial in Brisbane, during which they housed 41 guests. According to the charity, “100% of guests said they felt safe during their stay.” 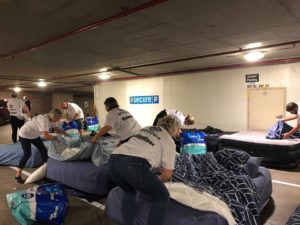 Guests enjoyed other services as well, including dental care, haircuts, showers, new clothing, social services, and the stability of a daily routine. In fact, one woman found a job as a result! 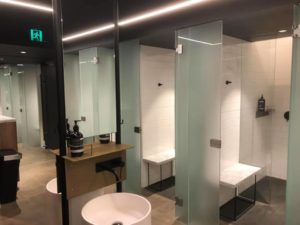 “After spending the week here, having a good sleep at night and a routine, it reminded me of life and I booked myself into rehab for 6 months,” one guest said.

Another added, “It’s the first time I have had a dream in years,” while yet another simply said, “I don’t have to watch my back here.” 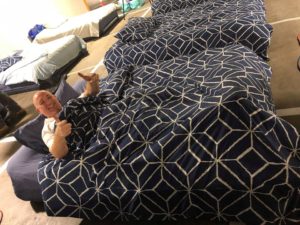 What an incredible difference! Norm says this is only the beginning. They hope to expand their initiative “and ultimately put ourselves out of business” by eliminating the need for their services. You can check out where they’ll bring Beddown next in Australia by clicking here, and consider donating to the cause as well.

Help spread the word about Beddown’s innovative efforts to end homelessness by sharing this story.