When it comes to caring for each other, we have a lot to learn from children.

Paul Wood and Paul Klein run a YouTube channel that features various prank and challenge videos. But when Bailey, Wood’s 6-year-old son, went on a shopping spree at London’s oldest toy store in August, the moment quickly turned into a beautiful act of kindness and generosity. 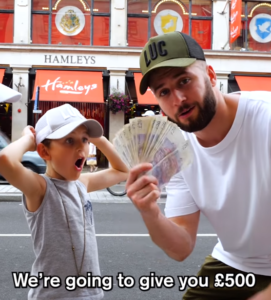 When the two men presented the boy with about $600 and told him to buy whatever he wanted from Hamleys, it was a dream come true!

Bailey ran inside and eagerly perused the selection of toys, stopping to add his favorites to his shopping bag — until he suddenly began putting all the items back. Both Pauls were confused, but Bailey explained he had a better idea and ran outside. 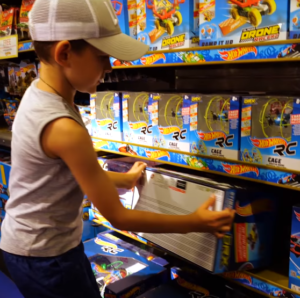 Bailey asked for a portion of the money, saying, “I know what I want to spend it on.”

With that, the 6-year-old approached a homeless stranger on the street and tucked the cash into his cup. Stunned, the man lit up and placed his hand over his heart in a show of gratitude. 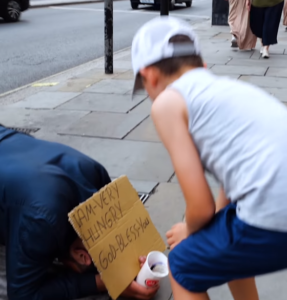 His selflessness left his dad speechless with surprise and pride — and brought him to tears. Best of all, the little guy wasn’t finished! He told the adults he wanted to give away the rest!

“Lots of people don’t have that much money, so like I just wanna give it away,” Bailey said. “Daddy always buys me toys, and he needed it more than I did.” 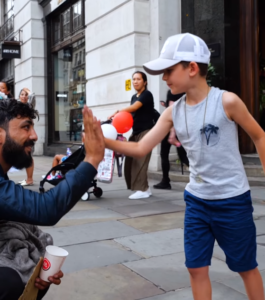 What a sweetheart! Bailey was clearly raised to love and respect everyone around him. We need more people like him in the world!

Grab some tissues before you watch Bailey’s act of kindness in the video below, and share this story to inspire more compassion.