When you’re just a little baby koala who’s barely out of his mother’s pouch, any furry animal might look like a long-lost family member.

On a recent morning in Stirling, a suburb of Perth, Australia, a man named Henry let his dog out to use the bathroom. Tony is an elderly terrier with bad eyesight but a sweet disposition, which is most likely why he came back to his owner with an uninvited guest clinging to his back. 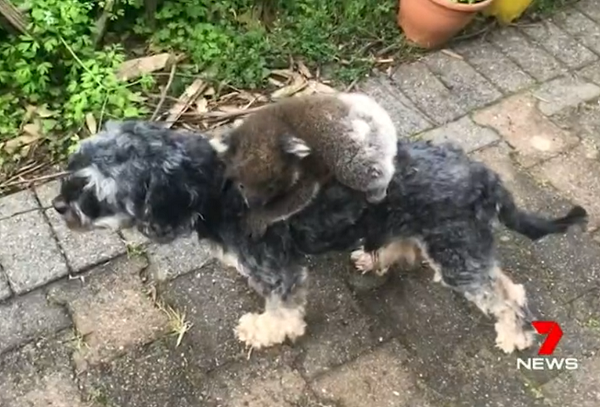 A koala joey must have confused Tony’s soft, wiry fur for that of his mother’s. Wild koalas are common in this part of Australia, and Henry says he sees them all the time… but this is the first time he’s ever had such an up-close encounter. Joeys typically stay with their mothers for about a year before going off on their own. The first six months are spent inside her pouch, and in the next six months they stay closeby but move about independently. 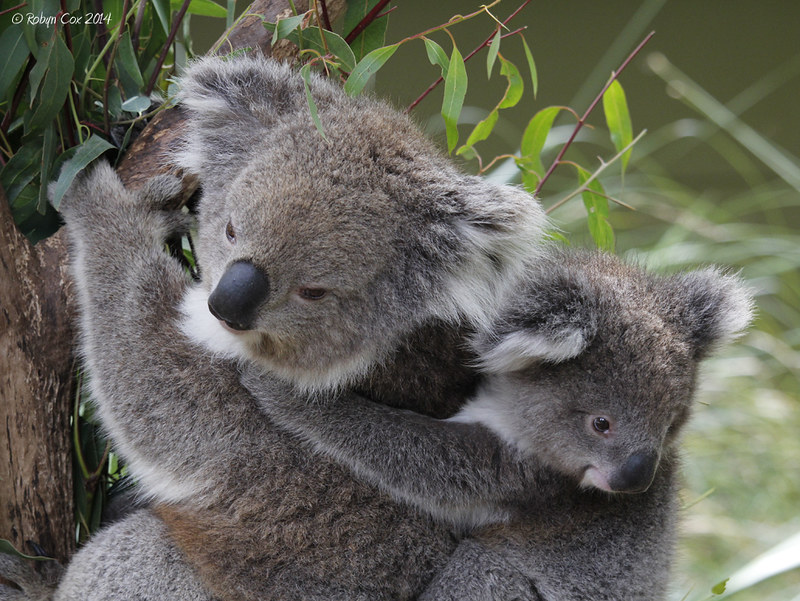 Seeing a joey clinging to his mother’s back is a common sight around Tony’s neighborhood, but he’d definitely never had one hitching a ride on his dog before! Laughing, Henry recorded a quick video. In the clip we see poor old Tony wagging his tail in a helpless sort of way as the joey clings to his back.

“I think his mum was probably up in the tree having a sleep and the baby thought Tony was his mum,” Henry explained. After a few minutes of hanging onto Tony, the dog finally shook him off and the joey scampered up into a nearby tree to find his real mother. Henry says Tony was a little confused, but he has made a full recovery from the excitement of his morning. 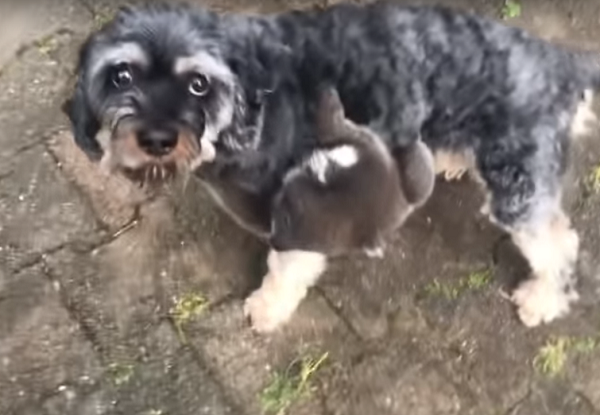 Poor Tony! Those joeys have sharp claws, so that couldn’t have felt good. Henry has since followed up with an animal sanctuary to check on the joey and make sure he wasn’t orphaned. Most likely it was just a freak, but adorable, incident! We’re so glad Henry thought to take a video so that we could all share the smile.

Watch Tony’s unexpected passenger in the video below, and don’t forget to share.