If you have young space enthusiasts at home, they’d probably rather spend their time gazing out at the night sky through a backyard telescope or playing with a chemistry set in the basement than working on their reading and comprehension skills. But take heart, because NASA has a new program you’ll definitely want to check out.

Patricia Tribe, the former director of education at Space Center Houston, developed the “Story Time From Space” program as a fun way to combine literacy and science, technology, engineering, and math (or STEM). 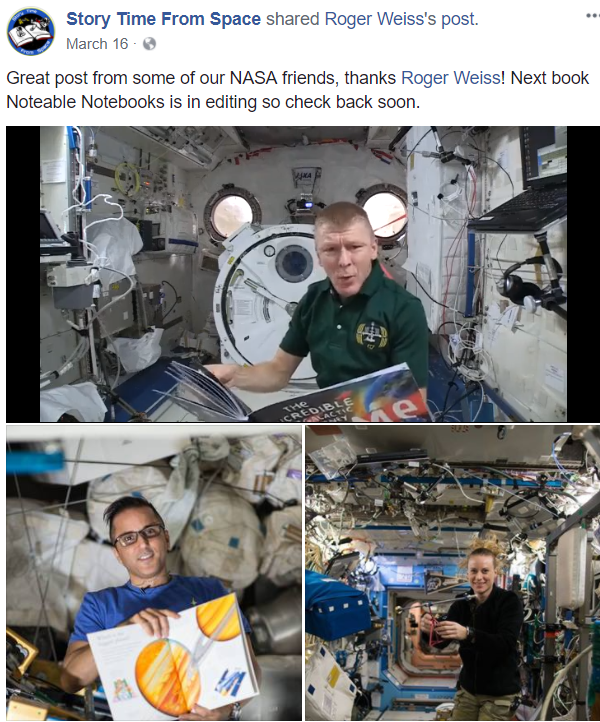 As part of the program, astronauts aboard the International Space Station are reading bedtime stories to kids, many of whom idolize them.

“What better role models to engage kids in science and to engage them in reading?” said Tribe. “You’re not only looking and listening to the books, you’re looking around the International Space Station.”

“Story Time From Space” is operated by the nonprofit Global Space Education Foundation, and its staff – which includes astronauts, scientists, and educators – decides which books to include in the curriculum; the books all have to have a STEM element as a main part of the storyline.

But this program isn’t just about literacy. Story Time From Space also focuses on diversity among the astronauts who read the books. American astronaut Kate Rubins recently read “Rosie Revere, Engineer” by Andrea Beaty, a book about a girl who becomes an engineer. 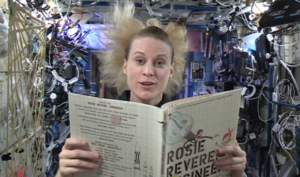 Astronaut Alvin Drew did the first test run, reading “Max Goes To The Moon” while onboard Discovery’s final mission in 2011. 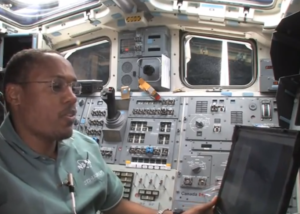 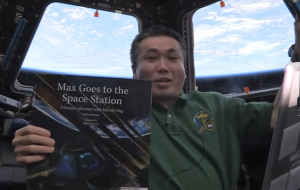 Other selections that will become part of the curriculum include “Mousetronaut” by astronaut Mark Kelly and “The Rhino Who Swallowed A Storm” by “Reading Rainbow” host LeVar Burton and author Susan Schaefer Bernardo. 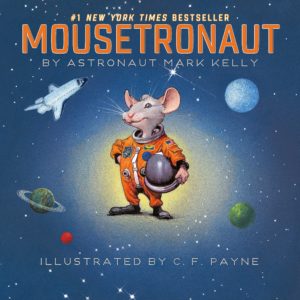 The foundation is also planning to add footage to its website of kid-friendly science experiments, which astronauts explain and complete during their missions on the International Space Station.

“Everybody thinks space is pretty cool,” Tribe said, “so it’s a nice way to capture the audience and capture the kids so they are enjoying space.”

This is really cool stuff that’s sure to catch everyone’s imagination, no matter how old they are. So settle back, fluff up your pillows and click on the video below for an out-of-this-world bedtime story!

Share to spread the news about this awesome program!