There’s almost nothing worse in the world than accidentally stepping on your cat’s tail or tripping over the dog. Even though they should really know by now that lying in the middle of the living room floor or other heavily trafficked areas always ends badly for everyone involved.

And even though they know you didn’t do it on purpose, an apology – preferably followed by a treat – goes a long way toward making things right. But Ralphie the Newfoundland doesn’t want an apology straight away. We’re not sure what his owner, Bee did, but whatever it was, some groveling and fawning is in order. 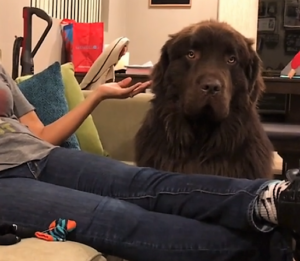 He stares blankly ahead, as if a little piece of him just died. After several long moments, he casts a cold, grudging gaze over his shoulder.

“Did I do something to you?” she persists. “Why are you looking at me like that? 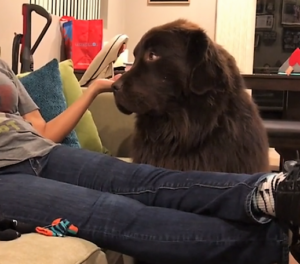 “Don’t give me that. You know exactly what you did. And you better apologize.” 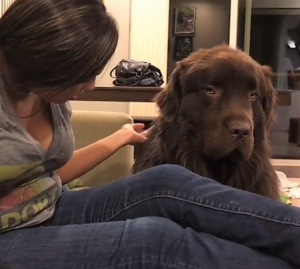 That’s more like it! He finally finds it in his big, furry heart to forgive her just this once and clambers up on her lap, then slathers her face with kisses … 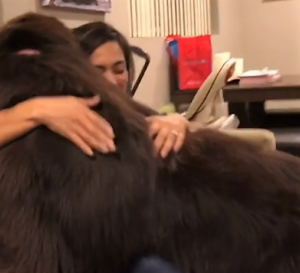 The family brought Ralphie into the family fold several years ago, followed by his brother, another Newfie named Boss. So their “little brothers,” Lenox, Cruz, and Tegan, have had years to watch these doggy pros at work, learning just how to guilt trip their parents into apologies that are almost certainly out of proportion to however they’ve been wronged. 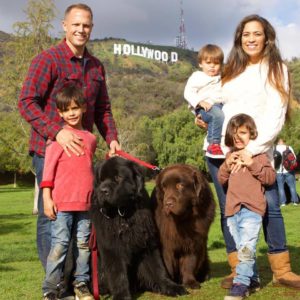 Hey, what are big brothers for, right?

Watch this stubborn Newfie dig in his heels until those two magic words leave Mom’s mouth. Share to spread awwwws!