The holidays are a great time to bond and catch up with relatives, especially those we don’t often see.

Unfortunately, one important member of the Minnich family wouldn’t make it home for the excitement — or so his children thought. Captain Patrick Minnich had been serving with the U.S. Army in Afghanistan since April. So, when Michael, Ashton, Xavier, and Jolie flew from Oklahoma to Ohio to visit their aunt Marcia and uncle Jeff Kish, it was with heavy hearts. They wished their dad could be there, too. 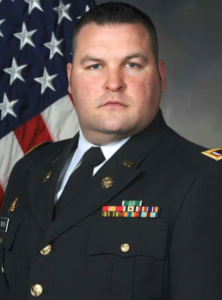 That said, the Minnich kids were in good spirits when they arrived at the Columbus Airport. Waiting near the baggage claim were the Kishs, who cheered for the kids and held up a “Welcome Home” banner. Little did the children know it was hiding the person they missed most. 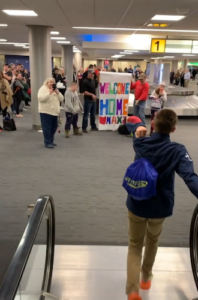 Then, the banner dropped. There he was, their world, standing before them! 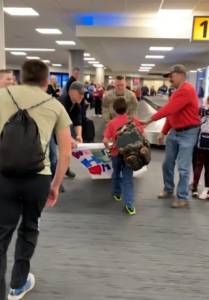 Xavier and Michael practically tackled their dad to the floor as they ran to him, the others hot on their heels. All five held onto each other in a big group hug that had their fellow travelers clapping and whistling in celebration. 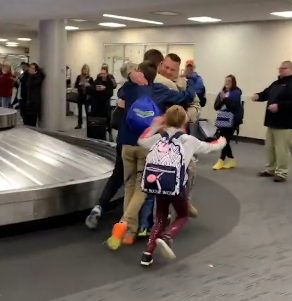 Then, Xavier literally jumped for joy! He hadn’t seen his dad for seven months, after all. And while ecstatic, he wanted to know why this reunion hadn’t happened sooner!

“You’re home? What took you so long?” he asked. 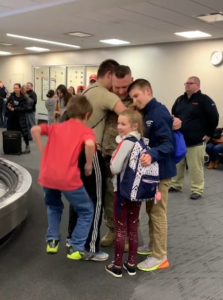 As it turns out, they weren’t the only ones shocked by Minnich’s homecoming. He surprised Jeff and Marcia earlier that day! After returning to the U.S. for a four-week training course in Fort Lee, Virginia, he was granted time off to visit his family. And he enjoyed every second. Minnich spent a week with his loved ones and has since returned to Kabul, where he’ll remain until May. 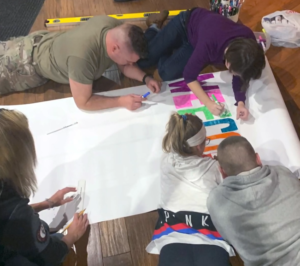 We’re feeling the love! While we can’t imagine how difficult it’s been for the Minnich family over the last year, seeing them all back together warms our hearts. Thank you for your sacrifice.

Watch their emotional reunion in the video below, and share to spread thanks for Captain Minnich’s service.