The best marriage proposals are the ones that take the bride-to-be completely by surprise.

That was the case for 20-year-old Maggie Rodriguez of El Paso, Texas. She thought she was simply attending her boyfriend’s Army re-enlistment ceremony, but he had bigger plans for the day! 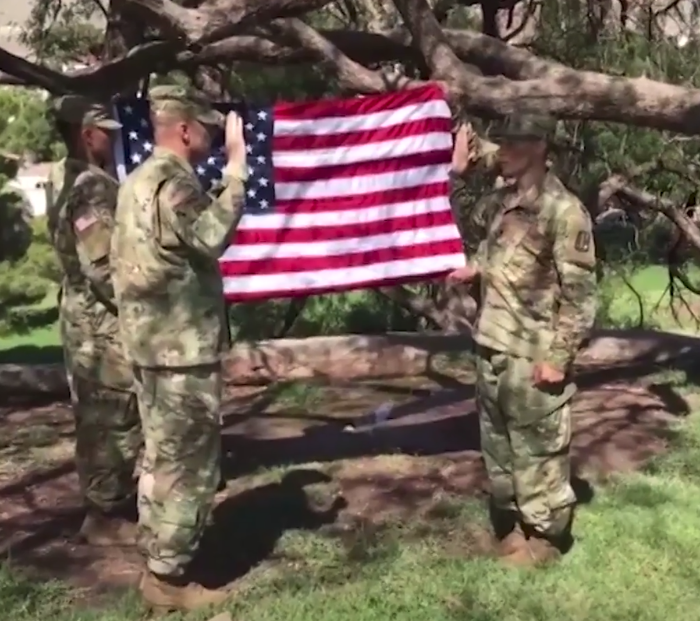 In a video shared online, we can see 24-year-old Specialist Devin Fuller standing in front of his family and friends in 2017 as he is sworn in for four more years of service. When he finishes his oath, the crowd cheers for him — and the surprise they know is about to come!

Devin asks Maggie to join him for a special thank-you. “She’s the reason I’m able to make it through each day,” he tells everyone. “Without her dedication and her support to me, I would have a lot longer nights at home.”

Then he asks her to pick up a sign and hand it to one of his friends. When she sees the words written on it, she learns for the first time that the two of them will be moving to Germany! 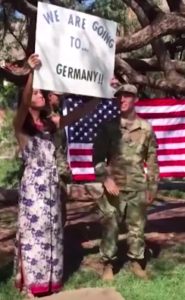 While she’s still taking in the huge news, she turns around and finds Devin on one knee. “Will you marry me?” he asks. At first, she’s too stunned to reply, but it’s obvious her answer is yes! 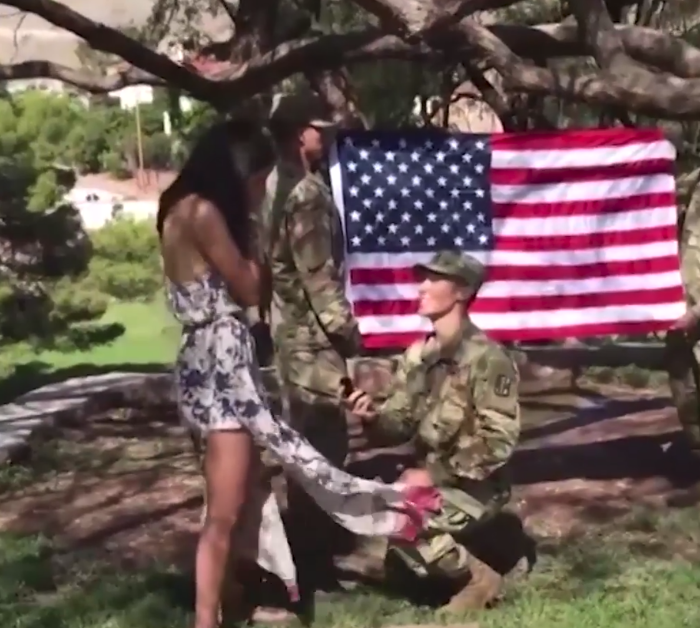 Devin slips the ring onto his fiancé’s finger and laughs as he tells everyone, “My hands are shaking.” Meanwhile, Maggie cries tears of joy as she processes everything that just happened. 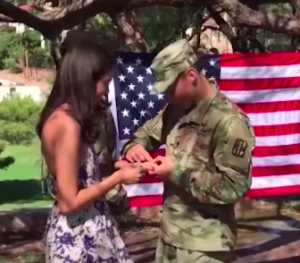 Proposals don’t get much sweeter than this! What a wonderful way to surprise Maggie with two pieces of life-changing news!

Watch the heartwarming engagement play out in the video below, and don’t forget to share this story with your friends.

Family and friends gathered to see him re-enlist, but witnessed so much more.