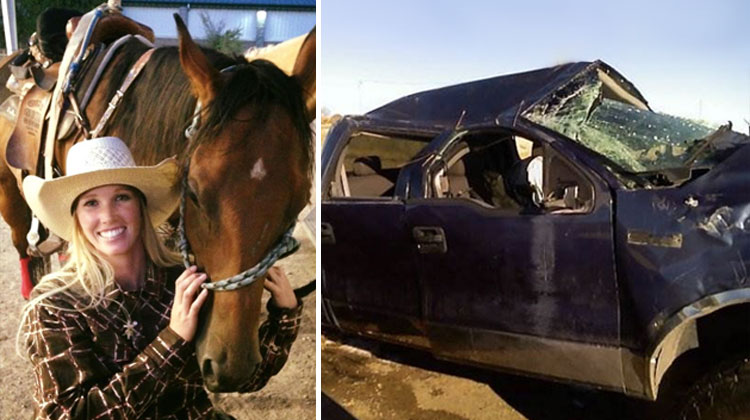 Amberley Snyder took her first horse riding lesson at the age of 3 and was immediately hooked, with dreams of eventually becoming a world champion barrel racer. And she was on the right track, traveling the rodeo circuit and winning championships… until January 10, 2010.

Snyder was traveling from her home in Mt. Pleasant, Utah, to a show in Denver that day when she glanced away from the road to check her map. During that momentary lapse, her truck had drifted into the opposite lane and when she looked up, she realized she was headed directly toward a metal beam on the side of the road. 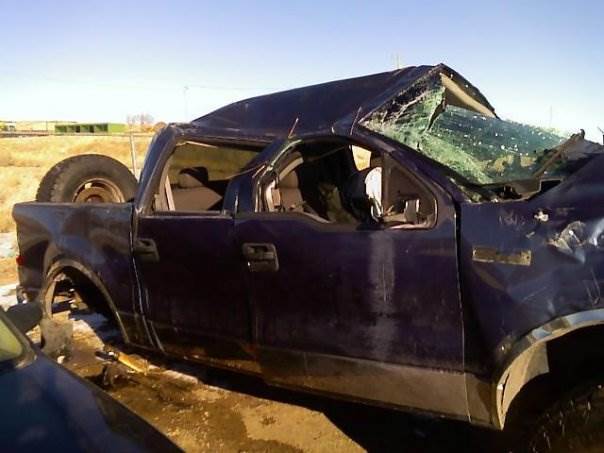 Panicked, she overcorrected and rolled the truck. She’d taken off her seatbelt to get more comfortable just moments before the crash, and was thrown out the window and into a fence post. Snyder was just 18 years old, and her life changed in that instant.

After five hours of surgery, her doctors delivered the grim news that she would never walk again, much less ride. But during the months of therapy that followed, Snyder told her physical therapist that she was able to balance better on a saddle than anywhere else, and finally convinced him to bring it in. 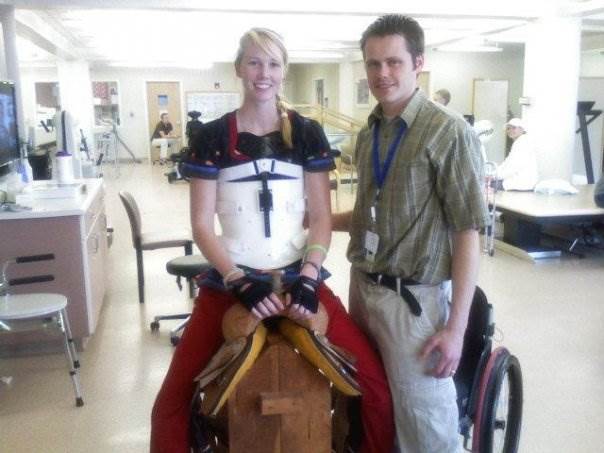 Amberley Snyder, paralyzed from the waist down, was literally back in the saddle.

But there’s a big difference between sitting atop a saddle in a physical therapy room and sitting on a living, breathing horse. That’s not something she fully appreciated until four months later, when she saddled up and sat atop her horse, Power.

Suddenly, it dawned on Snyder that her “whole life was different. What I had pictured from the time I was 3 years old, what my life was gonna look like … In that moment, that’s shattered.” 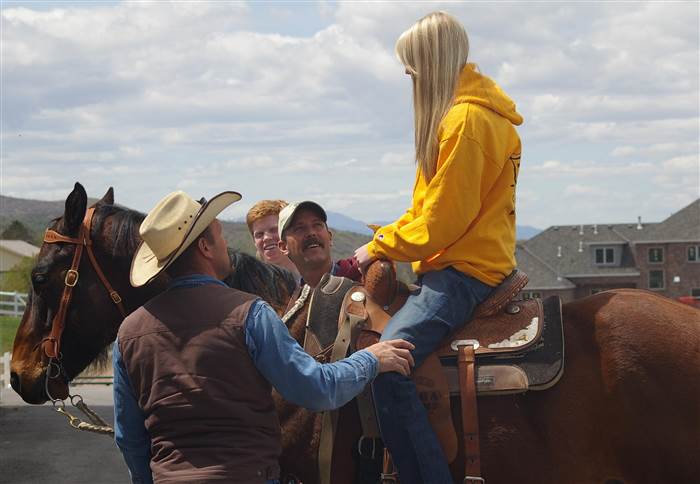 Depressed at the drastic turn her life had taken and shattered at the mere sight of her beloved horses, Snyder refused to go anywhere near the stalls for almost a year – even, at one point, telling her mom to just sell them since she couldn’t ride them anymore.

The turning point came in April 2011, when a reporter called about doing a follow-up story about her accident. Photos obviously had to run with the story, so Snyder once again climbed aboard the horse from whom she’d shied away for the past 11 months. 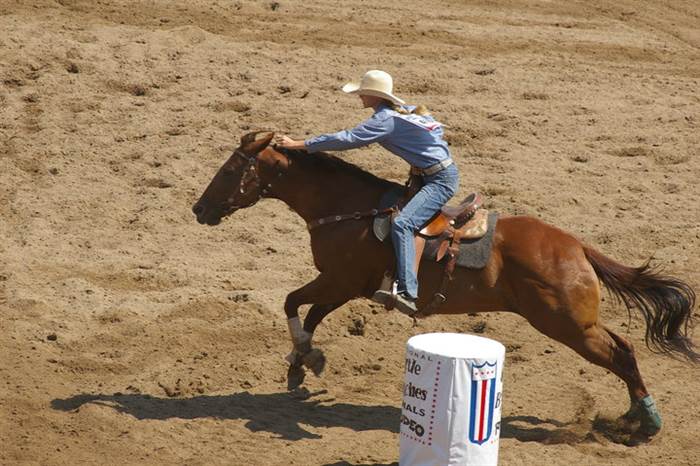 Maybe she just needed that year-long hiatus to get her bearings and adjust to her new life, but for whatever reason, she said, sitting on her horse that day was “the whole game-changer.” 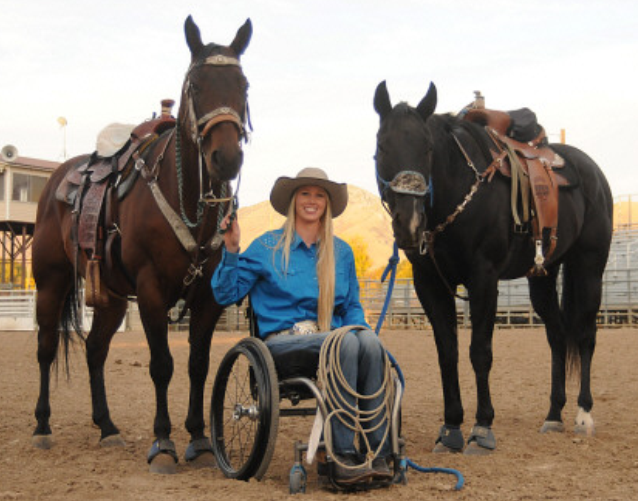 Now nothing can stop her from achieving her dreams. Not even a wheelchair. 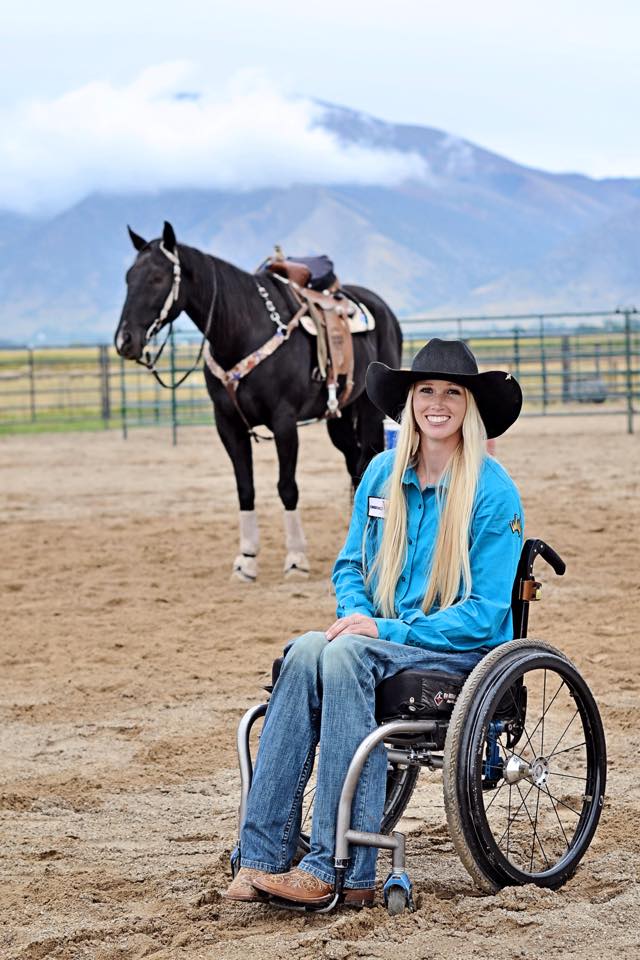 Watch the video below to hear more of this woman’s inspirational story. Share to  any hurdles can be overcome with the right mindset!