Many people rely on their pets for comfort and companionship.

That’s why Alexandra Del Cima’s grandparents were so devastated when their beloved dog passed away unexpectedly. The sudden loss left the Escalon, California, couple feeling like something was missing — until their family surprised them in the best way! 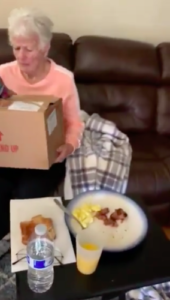 The two of them had been asking their relatives for a puppy for several months, so when Alexandra’s friend ended up with a litter, she decided it was time to give her incredible grandparents the greatest present!

“Everything just lined up perfectly, so we felt it was meant to be,” she said.

So the family headed over for an unforgettable visit. Alexandra’s mom mumbled something about “knitting supplies” before placing a large cardboard box on Grandma’s lap. As soon as the unsuspecting grandparent glanced inside, she let out a cry of pure joy! 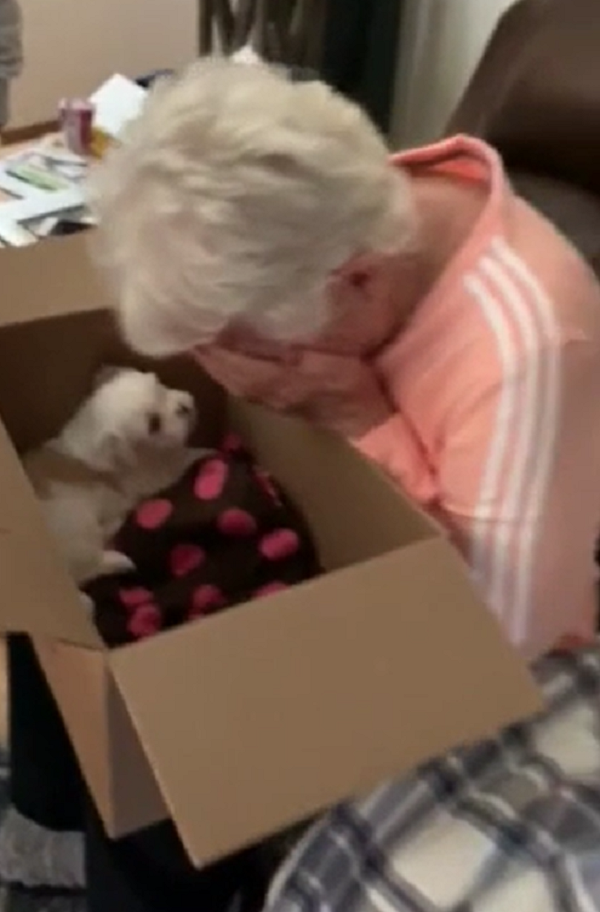 As she processed the adorable little pup looking up at her, Grandma burst into tears. Then she brought the dog out and cradled it against her like it was the most precious thing she’d ever seen!

Alexandra was so moved by the encounter that she posted a video of the heartwarming scene online, and it quickly went viral! This grandmother is just so grateful to have her beautiful new friend that people can’t stop celebrating with her.

“Her reaction was far better than anything I could have ever imagined,” Alexandra said. 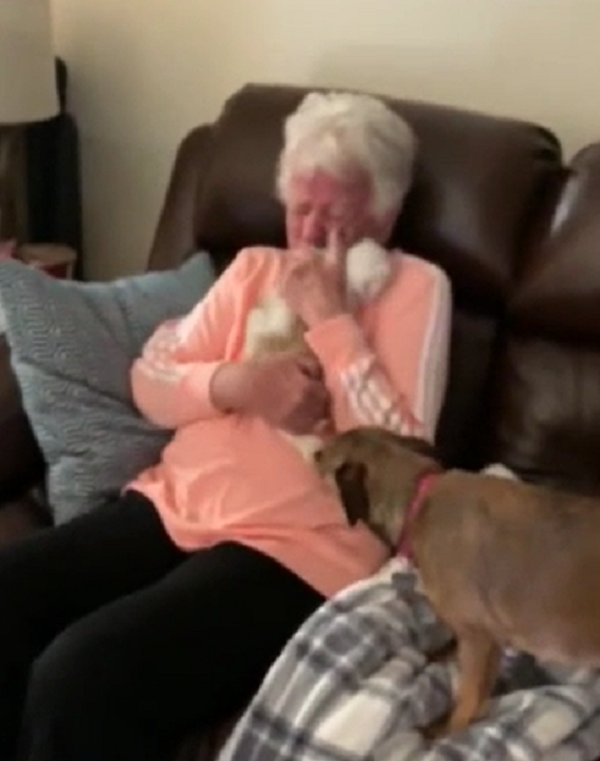 This puppy is going to have the best life ever! Judging by Grandma’s love at first sight, we have a feeling she’ll spoil him rotten.

Watch the wonderful surprise in the video below, and share this story with anyone who could use a smile today.

My grandparents last dog passed away very unexpectedly & sudden last year & they’ve been asking for a puppy for months. Today, my mom & I were able to surprise my grandma with a new puppy😍🥺🤍 pic.twitter.com/86gSHmMMvx